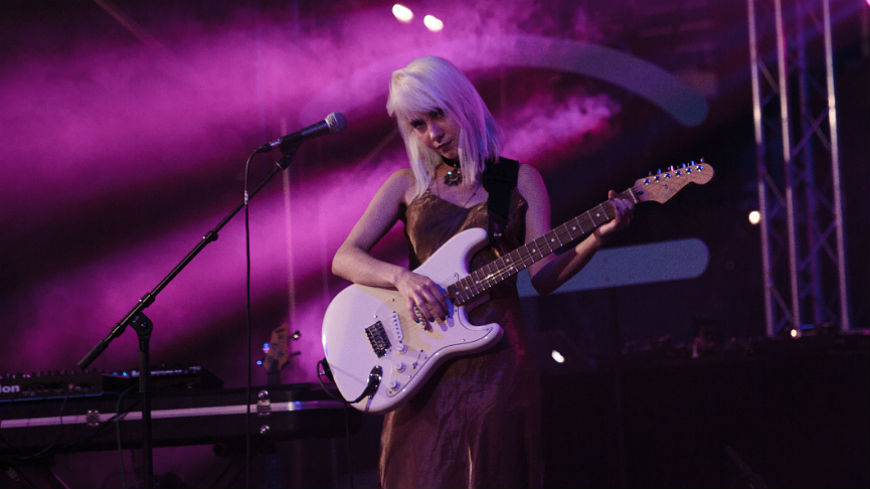 © All photos for this article by Marlies Pöschl

What doesn’t kill us makes us stranger

Iiris Vesik is a musician born in Estonia who released her first album The Magic Gift Box when she was 20 years old in 2012. She shot to fame in 2010 and has since won Estonian national music awards such as Best Female Artist in 2013. Currently living in London, she tours with her band in an increasing number of European countries.

IIRIS gave us this interview and performed for the participants of the EU Youth Conference in Tallinn, October 2017; her first concert for the European youth work scene was at the International Tool Fair in Tallinn, November 2011.

Interested in just about everything, IIRIS asks almost as many questions as she is asked; she does not take things simply, wants to know about the latest trends in youth work, what is this thing called “smart youth work”, and what is Coyote trying to do. When told about recent experiments with educational escape rooms, she laughs and jokes “Oh really?! Where anxious young people can go and escape from their lives and themselves? You have loads of problems, you don’t know how to deal with other people? Let’s just lock you up in a room!”

At the age of 22, IIRIS packed her bags and moved to London, just when her career was really taking off at home. Most of our conversation concentrated on why she left, what happened and what she has learned from the last few years. She has obviously thought about this all a lot and has things to say which are worth hearing. A young person making her way in the world, armed with tons of talent and an agile mindset – just what the experts recommend.

Why go to London?

“I was 22 – so I thought, I gotta go now!” But why now? And why there? Clearly she felt that time was running out, she needed to change direction, to expose herself to new things if she was to advance as a musician. Many of her musical heroes came from the UK, Björk had done some of her best work in London, and then she found out that singer-songwriter James Blake had gone to “this school called Goldsmiths”. And they had a degree course in pop music! “I thought, yes I can do that! I applied and for the first time in my life I felt like, yes, I belonged.” Over the three-year course, IIRIS continued making music, only this time she was getting grades for it. Becoming part of the south London music scene, meeting and collaborating with musicians from everywhere, she learned lots of digital tools at Goldsmiths and even more about them by sharing a house with music producers. “All cities have different beats and London just makes you go faster!” 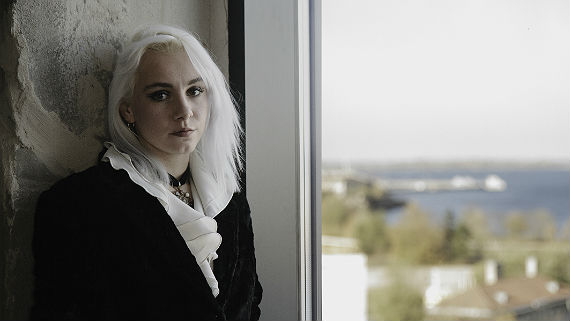 What does leaving do to you?

Although she had lots of support from her manager and parents in moving, she knew that she had to “go outside THAT! Away from home and family and things you know … learn about yourself. If you are close to people who know you all the time then there is a risk that you don’t find out about other sides of yourself. If you leave then you play out different parts of your identity …” At the beginning life was very difficult, relationships collapsed, it was hard to live with total strangers. Luckily her teachers were understanding and helped her survive by giving her extensions on delivering essays and other course work. It takes time to really get to know others, especially in a new country, and she learned to give that time. Prior to moving she had always found it tough to ask others for help and in London she found, to her surprise, that it was possible. As a musician, her major discoveries were that it was important to be kind to yourself and to have a life – so you have something real to put into your music. So she got a job in a book shop. Ending up like an old dinosaur rock star, making bad music because they are no longer in touch with society – that was not for her! Instead, she has formed friendships with musicians who are what she terms “good competitive”, good people who share and give each other constructive criticism.

How to learn and learn to be creative?

For IIRIS, these aims are as much about approach and state of mind as they are about practice. One of the problems young people find these days with the internet is that there seem to be so many options available: “I could be anything and why am I not successful NOW and what am I doing with my life?!” David Byrne’s book How Music Works[1] showed her that when attempting to be creative it really helps to have a frame, some limitations. Then you can be creative inside them. As a concrete example, she told of her recent decision to buy an electric guitar which, as she is a keyboard player, presented a new border to cross. A friend showed her open D tuning which means that a digit across any of the frets creates a major chord. So she started playing with her left thumb and wrote four songs in this unconventional manner, quickly! During those three years in London, she has focused mainly on “the top line”, how to construct melodies and write lyrics which are very direct. To reach that level, according to IIRIS, means to free yourself by following these principles:

to learn to be kind to yourself

to learn to be careless

to learn to be playful

All of which is much more difficult than learning to be strictly disciplined. If you start from what should be, then you risk ignoring “that inner voice that goes, like, bleurghh!”

Do you know how to play the ukulele?

Just by chance, your interviewer had brought along such an instrument and asked IIRIS if she would like to have a go. Her reaction was immediately enthusiastic and she started experimenting. She had never played one before and started talking about “the amazing video of Amanda Palmer playing outside the Sydney Opera House”.

When asked if we could take photos or film her with the ukulele her response was: “Why NOT?! Who is there to forbid it?!” IIRIS walks the talk. It was a joy to watch her put those principles listed above into practice! After a couple of minutes trying out different strumming patterns as she moved her left thumb up and down the neck of the ukulele, she announced with a wide grin that she wanted to write a song and needed her “book of words”. Requested to add the word “coyote” to the contents of the book she demanded access to the internet to look up some details of mythological characters and declared, “Aha, so it is more like a trickster!” Explaining that when writing a song, first take the easy route as you can always change it afterwards, IIRIS suddenly started to play and sing. Just like that! And you can see and hear the astonishing result here:

“Oh there you go – a new song!” she exclaimed and happily said Coyote could use the video for promotion purposes and, thankfully, her manager also agreed a little while later!

Any last thoughts for young people to play with?

Before IIRIS had to go and meet her band at a vegan restaurant in the city, she thought of some ideas to end on:

“If you don’t know where to go, take the step you can take!

Find good people with whom you can really connect and you can do anything!

Now we have the internet we need to learn how to find the sources that are trustworthy!

Interacting with people is so important! Go abroad, youth exchange programmes can help: get past the point of judging yourself, then judging other people will disappear.

If you fear doing something, then maybe you should try it and see how it really is!

I’m a musician, I’m a shop assistant, I’m a daughter, I’m a lover, I’m a friend … but you don’t have to get attached to just to one role and be super serious about it. I can still dance when I’m in the shop! No one apart from me can take away my being a musician. As long as you learn from your experience, you transform it and integrate it into your being. No one can really steal your true treasure!

I create my instant immediate reality! I have the choice! What do I do, what do I read? It’s my choice.”

We are sure it is! Long may you continue making great choices IIRIS!

Mark is editor of Coyote magazine, a trainer and a writer, and begins to play the ukulele.