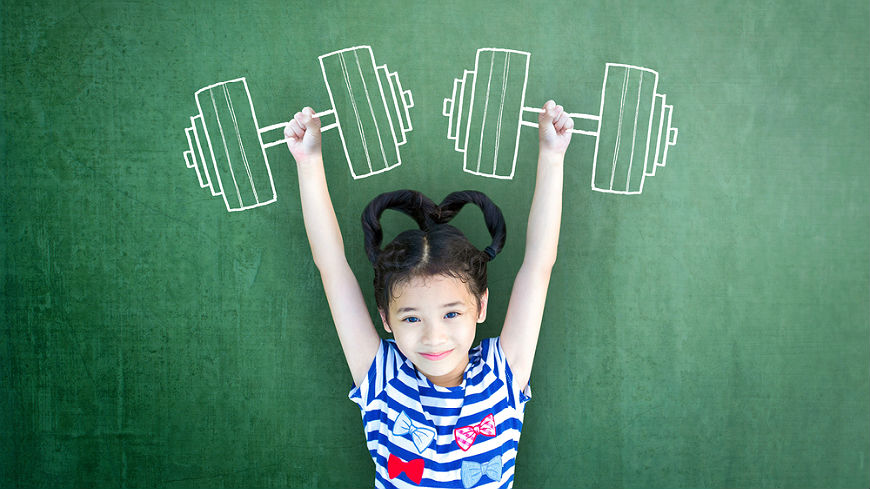 This article sheds some light on the background and reasons for taking up a new initiative “Youth for Human Rights” by altogether 8 Erasmus+ National Agencies partners which focuses on human rights education in the context of field of youth.

When I first heard the notion “human rights education” (HRE) – not that long time ago, at all! – I found myself rather astonished that this had in fact never crossed my path before. Why had I not figured out that there is a roof term for all of these issues that I have been invested in? After working for almost a decade for the equality of rights of various groups in the society – student rights, women’s rights, girls rights, migrant and asylum seekers’ rights, LGBT issues – having mostly been employed by various nongovernmental organisations and universities, I would have expected a little bit more from my own expertise when it comes to terminology.

This is in fact quite precisely what the project “Youth for Human Rights” is about in terms of increasing overall understanding and knowledge on HRE and contributing to making HRE and the best practices in HRE in the field of youth visible, as well as to supporting actors in the field so that there would be more HRE in practice. When linking HRE to the field of youth, one needs to first take into consideration that youth work is based on non-formal and informal education, and youth work should be based on and stem from a culture of human rights. HRE is a way to foster a culture of human rights in youth and has a huge potential and pivotal role is building up a social change towards a more equal society.

The aim of the project “Youth for Human Rights” is to foster social inclusion through making use of the full potential of youth work and of human HRE in the context of youth work and young people’s non-formal learning. We use the definition of Human rights education set out in the Charter on Education for Democratic Citizenship and Human Rights Education (Council of Europe 2010). We firmly believe that reference to international human rights instruments can provide young people with a framework for their understanding of complex societal issues. Human rights education in youth work and non-formal learning can help in clarifying rights and responsibilities, enabling young people to feel confident in applying principles of fairness and mutual respect.

However, when it comes to the everyday practice of non-formal education, especially in the field of youth today in Europe, the existing abundance of practices, approaches and initiatives taken up in the name of, or, as HRE tend to be rather scattered and rarely strategized, despite the efforts of several stakeholders for common coordination. Although most HRE in Europe now circles around the Compass manual and HRE programme of the Council of Europe, and there are also several existing networks and thematical joint initiatives – when it comes to national, regional and local level activities, one might come across more scattered picture where sometimes, actors in the field of youth are not comfortable with even mentioning the term human rights.

However, these are crucial realities and points that need to be taken into account and serious consideration when designing overarching HRE programmes which would also work in the national, regional and local level. Amongst the circle of project partners contributing to the project “Youth for Human Rights”, this HRE initiative is seen as a way to contribute to connecting together multiple, sometimes disconnected practices, initiatives, concepts and approaches to HRE.

To be able to mainstream HRE in the field of youth, to have an impact at European policy level and further develop and ensure the implementation of the current initiatives of the European Union and the Council of Europe in the field of Human Rights, the project aims to make sense of already existing abundance of HRE resources and educational concepts/modules, and benefit from the exchange of HRE actors and networks to develop meaningful and efficient educational modules with a multipliers’ effect.

There of course always remains the question that after decades of outstanding and excellent contribution and lead by Council of Europe to produce influential and meaningful resources and offer trainings on HRE and to integrate HRE and Education for Democratic Citizenship in the European field of youth practices and initiatives, treating it with high political priority – what is the added and complementary value of such an initiative to all of that already done by others?

We believe that it is the unique cooperation and project structure that in fact offers a response to this question. This is the first time that a pool of altogether 15 Erasmus+ National Agencies cooperate together as project partners, connected in three simultaneous Consortium projects, among which this one focuses on human rights education. The project is closely cooperating with and interlinked together with two other similar projects (“Aware & Active” led by Austrian NA and “Becoming Part of Europe” led by Italian NA), each focusing on a slightly different angle on prevention of marginalization of young people and fostering social inclusion. Together, the Consortium synergy is designed to creatively maximize the impact and secure sustainability of the project outcomes.

Erasmus+ NAs taking care of content topic such as this is something new. With these initiatives organized into Consortium, NAs are taking a lead on a considerably broader scale that they normally do. The project partners of “Youth for Human rights” in particular include Estonian NA (Leading Partner), German NA, French NA, Austrian NA, Belgian/Flemish NA, Slovak NA, Croatian NA, and Latvian NA. The project timeline is December 2016 till December 2019.

And it is high time to do this right now. With the rise of extremists in mainstream political arenas and youth radicalization leading to violence, we find ourselves in a situation where we cannot any longer take for granted the rights we thought have been secured to us long ago. The battle for human rights needs ongoingly to be refought. Several project partners have mentioned the current sociopolitical situation in the world with the rise of reactionary politics, as well as nationally (especially in the context of ongoing refugee crisis which in the case of CEE countries has risen turmoil and heated public debate on issues perceived to be as totally new challenges) to be the motivation they wish to be part of this initiative. They wish to use the possibility to make more direct influence and contribute to social change for a better society.

Also, in several national cases, there are totally new situations, roles and debates in the respective country/society, especially with regards to the refugee crisis and rise of the far right, that needs support in how to address and guide these matters – something that HRE could be part of. These topics are sensitive but we need to talk about it, to raise the issue and to find the way to bring the message across. 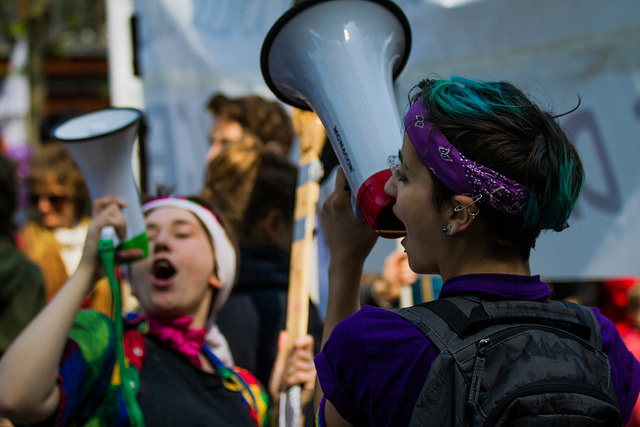 The other reason what makes the project unique is its transnational, as well as national, regional and local levels of activities and support planned. We aim to work on a common, European training structure stemming from the best practices (trans)nationally, regionally and locally out there in the field of youth, bringing together expertise on HRE all over Europe and also globally. We really have high hopes with this exchange because it is crucial to recognize that Erasmus+ NAs need HRE knowledge and understanding, ourselves in order to take a more active role as frontrunners on the topic. The more Erasmus+ NAs understand and make sense their own role in HRE in the context of their work, the better. This way, NAs would be better equipped in supporting the field of youth in implementing HRE in a meaningful manner.

We have found1 that HRE tends not to be recognized nor conceptualized as such in many contexts; and human rights are not necessarily present in what come across as HRE initiatives. This could be due to misconceptions of human rights (HR) as such and their potential which in the context of rise of populism tends to fuel overall unpopularity of HR. This is why the project is based on a multipliers’ effect, starting from gathering and analysing data about HRE state of play, key actors, concepts and resources in national and transnational/European contexts, followed by pool of Experts on HRE taking up this compilation and translating it to recommendations that feed into HRE related training and education modules and recommendations for including HRE in youth work curricula in formal education.

The capacity building activities are planned in three levels: (1) transnational training of trainers; (2) national, regional and local training of youth workers; (3) training of Erasmus+ National Agencies staff. The overall vision is that there will be more HRE projects of quality kicked off in the field of youth with the means of Erasmus+, and that youth work in its practice would be more based on HRE than it is today. The trainers would train youth workers, testing out the curricula in national, regional and local contexts. As a result, these capacity building activities will be followed up by youth workers’ projects in national, regional and local level, so that HRE would reach young people. Moreover, we have planned a thematic European conference and compilation and communication of policy recommendations. At national level “Youth for Human Rights” should contribute to the design and implementation of HRE strategies in the field of youth. The project aims to support cooperation and networking not only among NAs in this topic but also to encourage partnerships in the field of youth with national level institutions dedicated to the topic.

When partners were asked about their motivation to be involved in this project one of the responses (from the German NA) summed up the feelings of many: 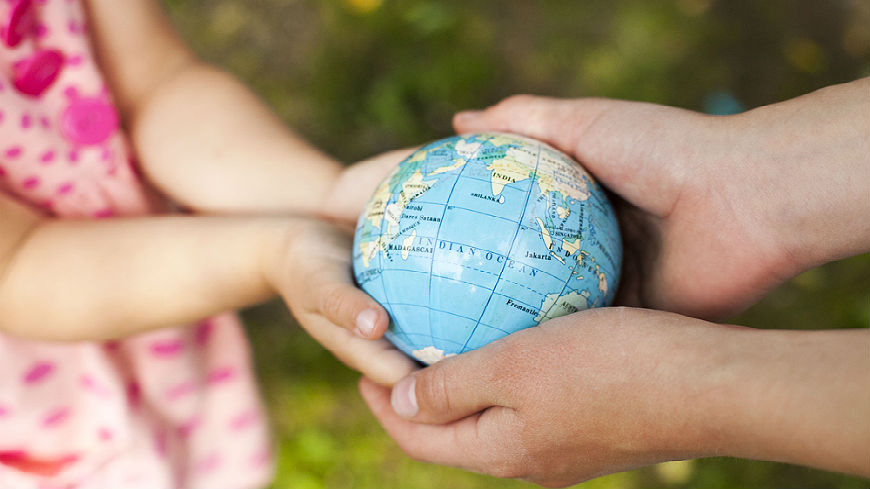 We wish to make the topic of Human Rights an integral part of European youth education and non-formal learning. Young people are supposed to be one of our most important addressees here. Besides we strongly believe in the power of youth to turn from addressees to actors and ambassadors for Human Rights! The project therefore strives to encourage young people to raise their voices for their own rights as well as for those of others.
Thus the project will enlarge the European dimension of national youth work on Human Rights and initiate a stronger transnational understanding as well as a spirit of solidarity among youth workers and young people in Europe.

Last but not least, it needs to be recognized that HRE takes up many forms and shapes in various contexts and this is exactly the kind of richness and flexibility that we also want to embrace in the project results. HRE is highly context-dependant, its definitions and practices differing – but it is also a great way to, respond to change by facilitating democratization and active citizenship. HRE is part of a response to rising demands on justice and accountability globally and if implemented effectively, it has the potential to be revolutionary.

Coyote editor comment: Please note that as this article is written really at the beginning of the project, we hope to be able to update it in the future 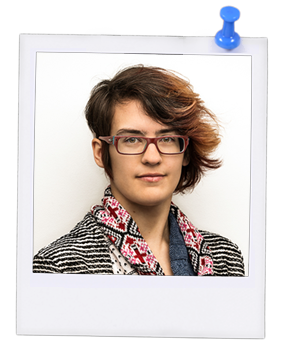 Maari is a Project co-ordinator of ‘Youth for Human Rights’ at the Estonian National Agency of the Erasmus+ programme.