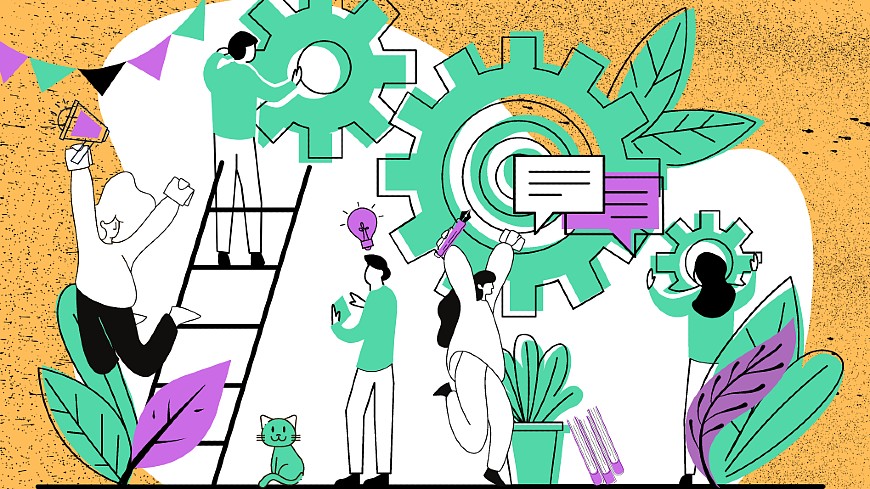 From boredom to youth work

How did a group of young people turn both theirs and the lives of a little town’s residents upside down because they were really bored one summer?

This story starts like many others, on a lazy summer afternoon, in a small town in the north Serbian region of Vojvodina. There was nothing to do, as the whole summer was just passing by and we, a group of young adults in our teens and early 20s, just didn’t know what to do with ourselves. The town, however cute and attractive for tourists, was so dull for us. It is an interesting mixture of typical picturesque Vojvodinian town in the centre and rural countryside as soon as you move a bit further out. It is famous for its vineyards and wine production, beekeeping and proximity to the Danube river and national park. 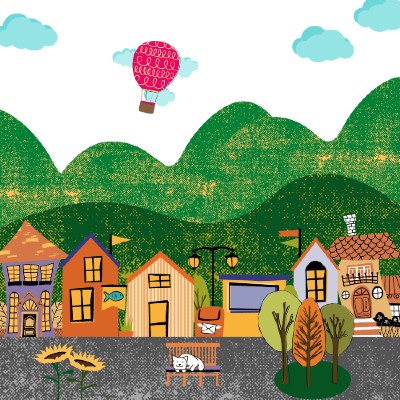 Many of the households keep domestic animals and are doing some type of farming. But, there was a lack of anything interesting for a young person. Quality sport, leisure time, culture, music and art activities, those were the things we only heard about happening in the bigger cities around the country, but never in our little part of the world. The older youngsters were allowed and were going to the bigger cities nearby, leaving us to our own boredom to sit in the town centre (I am not allowed to say it is a village, as I will not be allowed to go back there because of the angry and proud residents) on benches every day and evening, snacking on sunflower seeds and inventing stories. True, we could go to one of the three café/bars existing in the place, which we occasionally did, especially in winter when the benches in the centre were not an option. But somehow we always felt that we can and should do more than that, that there must be more to youth than sunflower seeds on the bench and camomile tea in the café.

The call for an adventure

One day, as it happens in small towns, word came from a neighbour’s mother to my mother that a non-governmental organisation would be opening in the centre of our town. Apparently, they had decided to move their offices from the big city to Sremski Karlovci (that is the name of my town) and had bought a house where they planned to start their activities. Curious. What is an NGO anyway? The same neighbour, very quickly after, saw me on the street and invited me and my “crew” to join him in decorating the space for a Halloween party. 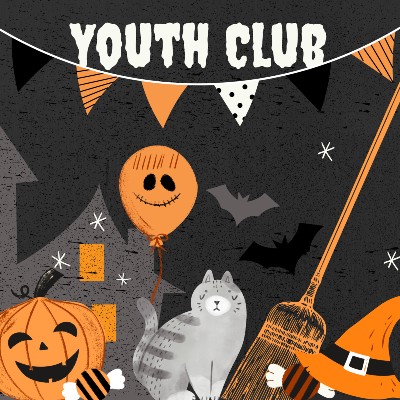 Decoration and party, the key words that immediately resonate with the 20-year-old me, so I told my friends: “We are going there to see what this is all about.” We went, we decorated, we had fun, we stayed for the next seven years.

It is very true when they say that you grow up through the organisation, but I would also say that the organisation grew up with us, as well. With the organisation that has existed for 60 years already (since 1960), there have been so many changes, people and paths to take, but I like to believe that we gave it a new life, youth voice and freshness. It all started with a simple “call for an adventure” and ended up as a structured youth club which practises and promotes very active youth work, is a very respected member of the national and international youth field scene, which brought to the small town a desperately needed youth dimension and positioned young people as an important and active part of the community. Why did we stay and start all of that, you might wonder. To be honest, at that time and through volunteering and activism, we felt like we had found our voice and our self suddenly, which was something no formal education or other structure offered or encouraged.

So, the first ever Youth Club of Sremski Karlovci (in Serbian language it is called SKOK, which is the abbreviation of the full name and it means JUMP in English) was first created as a project supported by the Ministry of Youth and Sport and then just continued its life independently, growing and developing with each step of the journey. The journey was not an easy one – there were challenges, there were tests, supporters, opponents, achievements, successes and failures. Starting something new, raising your voice and demanding to be part of a community not only passively (as you were until now), but actively, if you can imagine, was not at all an easy task in a small town.

First, we could barely even explain to anyone, let alone our parents and friends, what we were trying to do then. Even if we succeeded in explaining, they did not really take us seriously. We were young and young people in rural areas are not very often seen as equal members of society, but rather as a problem that should be solved, or as a cute initiative which will quickly pass or even worse, be completely invisible.

Because of this, we decided it was time to get some attention and create our own present and future. We invited the local government to develop, in a co-creative manner, with us young people from the youth club and other relevant stakeholders (this word I learnt for the first time thanks to this process) the first ever Local Action Plan for Youth. This initiative was probably the one that gave us not only visibility in our small community but also relevance, in that we know what we want and how we should get it. The Plan has since then changed and been adapted many times, but it is still there as a guide for everyone working in the youth field and to remind them that young people are not a problem of rural communities, but a solution.

The Plan contained main areas of interest for young people such as security, education, health, leisure time, transportation and mobility. I remember, for example, that within the Plan, for the first time we had “volunteering” as a recognised form of activism at a local level. We had concrete measures and proposed the budget for creating space for sport activities for young people, support to local traditional ethno dance and music club which gathered young people together, scholarship for talented students, activities of the youth club (us), subsidy for monthly transportation passes for students who studied in the city nearby, etc.

Slowly, we gained the popularity and understanding of the community, mainly thanks to our own creativity and willingness to commit. We had to organise many public events of different types, addressing different topics and audiences to become visible and be taken seriously. From festivals, street actions, public events, panel discussions, campaigns, awareness-raising activities, volunteering and humanitarian activities (for example to fix or clean parts of our little town), or crowdfunding to support local kindergarten with new art equipment, workshops on different topics (journalism, drama, leadership, non-formal education, origami, ICT, recycling…), cinema evenings, game nights, costume parties, to international volunteering work camps, training events and EVS projects. 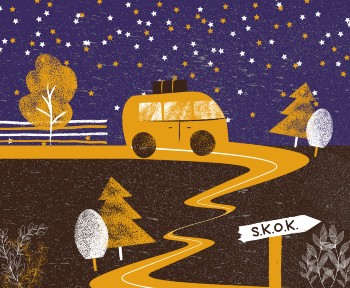 On the streets, in the schools, in the municipality, in the park, next to the Danube river, in other organisations whose activities we supported at the time (such as the local Red Cross), in the nearby forest, in the local ambulance station, on the sport field… we were everywhere, doing whatever needed to be done or we felt should be addressed at the time. We started with the main and very simple idea to make our environment we are living in as pleasant as possible and the lives of our co-habitants nicer and easier. Also, we really wanted to show that young people are here to make a positive change, bring diversity and life into an otherwise stale rural atmosphere.

If you ask me now what kept us motivated to go through all the ups and downs and give our time and effort, I would probably tell you that we just wanted a better life and better chances for ourselves first, but along the way, we like to believe that we created a better life for the whole community and better chances for the next generations who are continuing the work.

A new generation of young people came to the organisation (through our own activities with them) and it was time for us to grow up from young people to youth workers. That felt a natural transition and the only logical way for us and for the youth club to survive. Sometime after, life moved on and most of us slowly drifted towards our careers, education or other reasons, and we left the club one by one, leaving the youngest of us to take over and become the main youth worker in town, leading the new fantastic group of young people with their new activities and interests.

I was lucky to meet them once in a while, through my own work as training manager in an international organisation (which is also the consequence of me being a member of the youth club in my own community first) and I can’t help but feel a bit proud that from my own boredom and eagerness for something better, the young people in my little town have now much better chances to create a good life for themselves. My friends who were part of the “crew” told me, when I asked them what it meant for them to be part of the initiative, that it was a unique experience for them. It brought a new perspective to life as a whole. Meeting new friends, gaining new experience and having fun at the same time seemed like a perfect way to spend time. Sometimes it was hard work, sometimes it was “a day at the park”, but knowing that it was all for a higher purpose made it all worth it. To some it opened up new horizons and contributed to a change in attitude, to some it helped in building a career, to some it brought a sense of accomplishment and to some a beautiful memory of young days. 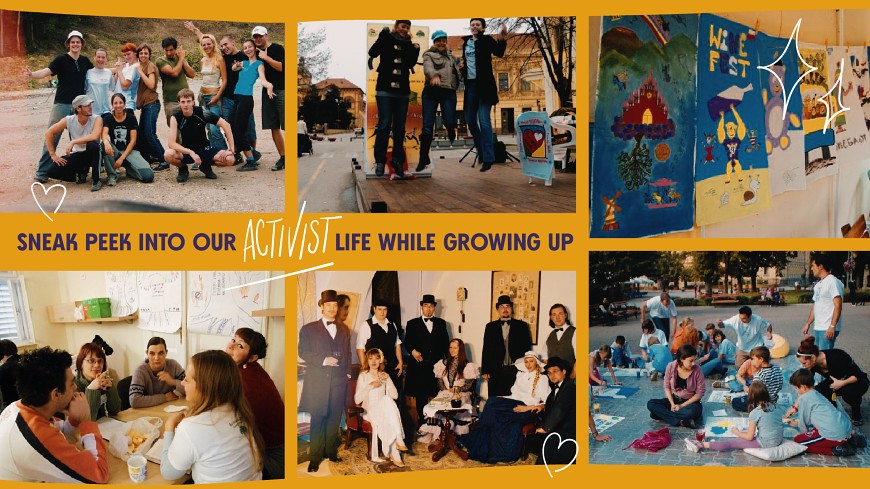 We were very lucky to have the initial infrastructure as a place to meet and implement all our activities and support from the organisation who recognised the value of it and especially the person who was our mentor, and probably the first ever youth worker in the town. However, we also did our absolute best to evolve and grow from what was given to us and to create something that is now a fully functional youth club and the organisation that was primarily not a youth organisation, but is now recognised as an important part of the local, national and international youth work field. Invite your rural young people to “decorate the space for Halloween” and you might witness a big positive change happening, not only in your organisation but also in the community. Give them a chance and support, and they will surely make something great out of it, learn so much and return from that journey as accomplished adults with much better chances in life.

The organisation that gave support to the development of systematic youth work in a small town is Environmental Movement of Vojvodina (Pokret gorana Vojvodine): www.pgv.org.rs/

And here is what SKOK is doing now: www.facebook.com/mladisremskikarlovci

Mapping rural youth realities.
How are they moving forward? 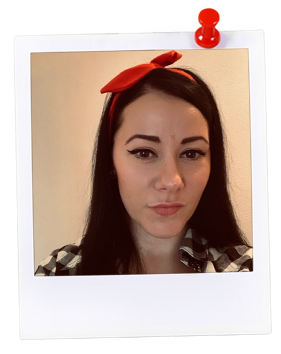 Marinela is a trainer and facilitator in the youth work field and the biggest fan of non-formal education. She is a human rights defender and maker of the best cheesecake.