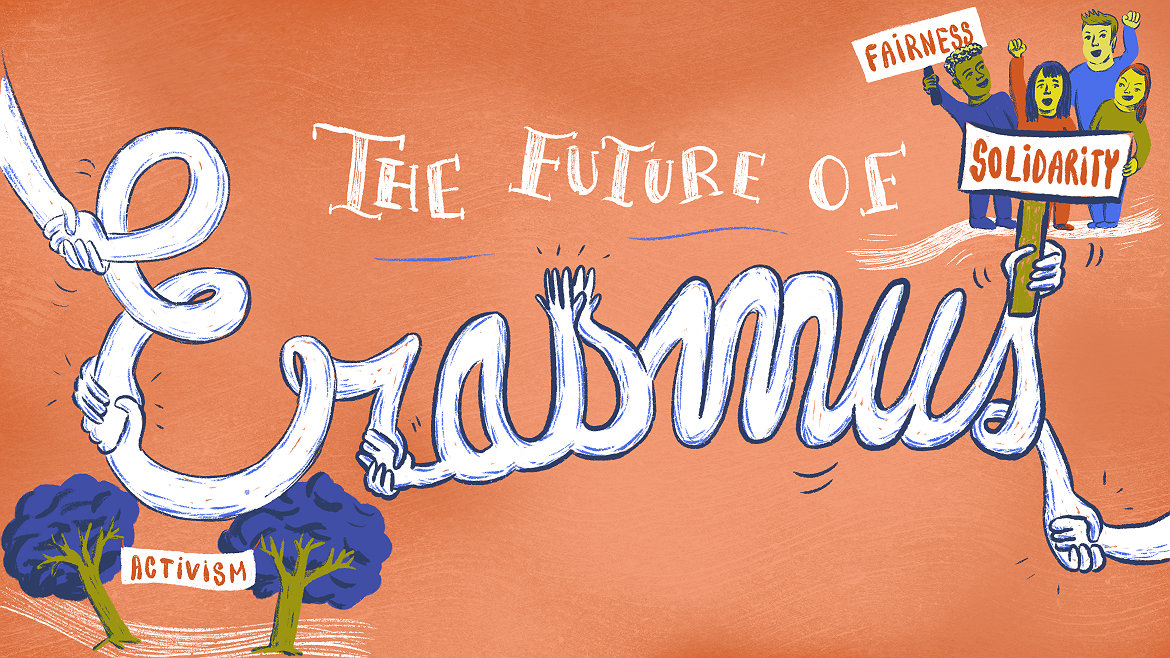 What’s emotion got to do with Erasmus?

This article is based on a longer educational talk I delivered in Budapest on 13 June 2018 to a gathering of EU National Agencies on Youth dedicated to the Transnational Cooperation Activities, available here.

The draft document for the follow-up programme to Erasmus+ is a fine example of the usual EU bureaucratic prose.[1] It checks all the imaginary boxes of continued engagement of young people in creating European citizenship, improving their interconnectedness across the continent and building a skilful workforce. While the EC bureaucrats and their partners in the member states have done their best, in a recent talk I mused whether the focus of the new programme should be unapologetically more political. Otherwise, it would risk failing to address those young people who most need the support.

Departing from just a rational analysis, first I searched for the emotions this programme would foster. Second, I tried to assess the text against the current political climate. Then I applied three values: fairness, solidarity and democratic activism to test the programme. Fairness as a key issue to address in the wake of increasing populism and authoritarianism inside the EU. Solidarity as a virtue that many Europeans possess but have difficulties connecting with. Democratic activism as a form which should go beyond organised youth civil society organisations without bypassing them. To avoid sitting on the top of a dry “conceptual pile” I peppered the article with some practical advice on how EU national agencies and other important actors in youth work could adjust the programme to address the key contestation points of Europe today. 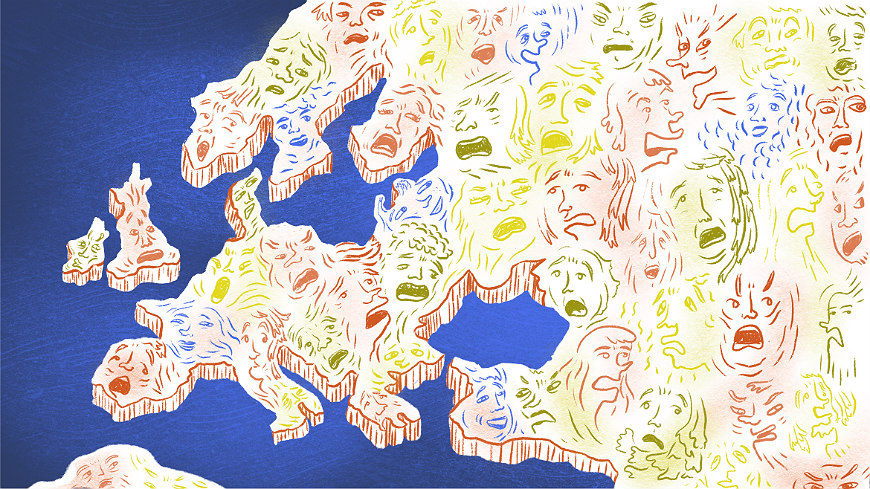 Undoubtedly, again, we live in a continent that is driven by emotions. Many promoters of the evidence-based policy solutions, myself included, have to reluctantly accept the fact that facts no longer matter as they used to. Three out of four participants at the gathering of the national agencies where I spoke thought that emotions are shaping Europe’s developments today. And not any emotion. Of the 90 participants, 56% considered fear to be the strongest emotion in Europe today. Similar numbers are indicated in many recent studies that have analysed trust and fear in Europe.[2] When I asked the same group to identify the emotion which drives the Erasmus+ programme, the room remained silent. And this is a big challenge. Hence, my first advice is to detect the emotions Erasmus+ (and any other youth programme for that matter) would like to foster and nurture. I am aware that EC officials are not paid for detecting emotions, but they can comfortably engage their partners in the youth field to do so. Otherwise, the programme would be a bureaucratic exercise frowned upon even by the very politicians who voted for it.

Then I looked at how tuned the youth component of Erasmus 2021-2027 is to the current political climate. Naturally, building the European citizen or “a continent in which people have a strong sense of their identity as Europeans, of Europe’s cultural heritage and its diversity” got my attention first. Personally, I need no persuasion to sign up to the goal of growing responsible Europeans, but I read nowhere how this aspiration will weather the current divisions within Europe. Added to the unresolved issues of multiculturalism, some of the EU member states have entered into a very nationalistic mode. Others are torn by a great domestic divide between contrasting political forces, which are not ready to engage in dialogue and compromise. This certainly does not glue with the concept of embracing Europeans. Take Hungary for example. I doubt that a government currently scrutinised under Article 7 for breach of European democratic values would support a programme for building the young European citizen. Irrespectively, how unpleasant it will be, as the programme will have to come up with an answer on what it does and does not offer to such member states. 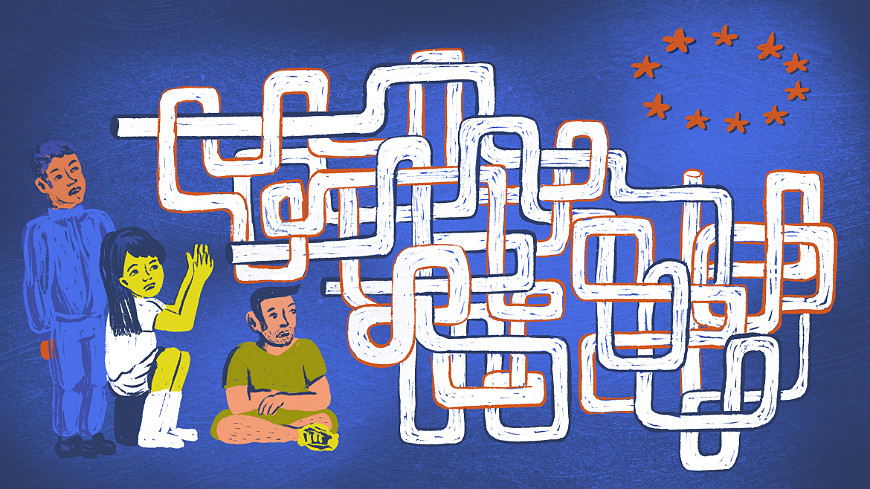 The goal on improving pan-European interconnectedness (young people discovering Europe) will face a similar challenge. For example, it aspires to “reach more young people from disadvantaged backgrounds … to move to another country to learn or work”. To my mind, that would mean focusing on Roma and other most disadvantaged young people of Europe will be at the heart of the programme. Many questions arise. For example, will youth NGOs and governmental services spend the same amount of money to reach Roma and other disadvantaged minorities as the funds they spend on relatively well-off middle class youth? And if they do, how then will such choices be “sold” to France and Italy, EU member states which in the past several years have been driving out young Roma from Romania, Bulgaria and other eastern EU member states? As it currently stands, the programme avoids all these “controversial” choices which most of the time means it will continue working with the middle class, progressive, multicultural youth. And by that, it avoids addressing the key groups which need connecting in Europe.

Finally, the document commits to continue building a skilful workforce “to be equipped with the skills needed in a society that is increasingly mobile, multicultural and digital”. Growing economy and further development of the common market are good drivers for development. But they are insufficient, as in Europe today identity politics trumps economic development. The results of the latest parliamentary elections in Poland, the sharp divisions between the urban and non-urban vote in the Czech Republic and the Brexit vote are only some of the examples. The economies of Poland and the Czech Republic have been growing substantially in the past 25 years; the divides they have exposed are not related to the problem of labour and markets. In the UK, many affluent people, some youth included, voted against the European project, again driven by identity and fear, not market choices. Should the programme not address this reality, it will become a tool in the building of a single European (at times neo-liberal) market and a utopian vision of a largely non-existent European citizen.

If these are the risks, what should the youth component of the Erasmus 2021-2027 do?

Europe’s contemporary political divisions run along multiple axes that are themselves multidimensional: ideological (left/right; conservative/progressive; moderate/radical; religious/secular; populist/technocratic), social (majority/minority; grass roots/elite; fringe/mainstream) and with regard to various positions in European integration (pro-EU/Eurosceptic, East/West; North/South; periphery/core; In/Out of the EU). Can this programme, along with other EU programmes, turn those into a positive narrative? First, start with the language. Instead of defensive and utopian phrases, it should be based on hope and action. Then national agencies should work on devising programmes which will work as a bridge builder, not enhancer of those divisions. Reaching out to unusual groups, religious, folklore to name a couple, should be a priority. For example, in my work we have recently engaged with religious groups on gender issues. We have also collaborated with several specialist groups on gender equality, which are much more competent, but the religious groups had the advantage of outreach. They have unparalleled ability to reach thousands of schools and communities, which need gender equality the most. This is not to give religious groups and the like an unfair advantage, but simply help them to improve their skills in writing applications. In most places in Europe progressive NGOs have a slim chance of overpowering their opponents. Therefore, engagement and shifting alliances with conservative groups which are willing to collaborate is a more effective strategy.

Another unexplored avenue is addressing Europeans as consumers and not citizens. For example, in my daily job, my colleagues have addressed the effects of abusive or unfair lending practices.[3] And before you get the impression that I am a closeted folk dancer, religious zealot or a die-hard economist, let me be clear: I would love to see more young people reacting as responsible citizens. But the reality on the ground is that they rather respond as affected, often disgruntled, customers. Movements advocating for free internet access, or against home evictions, the right to water and securing other public goods are currently not at the top of the recipients’ lists for the grants of this programme. But, they should be, as those stand a greater chance of being effective. In sum, the key challenge is for this programme to help progressive youth to reclaim the ground that national-populists are occupying by exploiting the economic grievances of some groups to oppress the less powerful and more marginalised.

A decade ago, the financial crisis opened a gulf between the north and south of Europe depending on acceptance or rejection of austerity. The influx of refugees in 2015, as well as the continuous arrival of economic migrants (intra-EU as well from outside), additionally ruptured societies between those who support firm borders and the preservation of (Christian) European identity and those in favour of human rights and solidarity. Can this programme help young people reject the notion that solidarity between communities, identity groups and nations is in opposition to solidarity within places, identities and countries? How could this programme work to promote people who could be proud citizens of one country and dedicated Europeans? Populists have fooled people into believing that identity is a zero-sum game. In other words, people were led to believe that if they choose to be proud French (for example) then they cannot be committed Europeans. Or how to address the fact that many Europeans treat solidarity as a limited tradeable quantity: If they give it to a national cause they feel they have exhausted their potential to be in solidarity for someone else. These are big challenges, but sometimes starting with a small action is a good first step. For example, should the language of instruction/training remain predominantly English? Or should perhaps a youth exchange be organised which takes place with Portuguese–Swedish translation (for example), so that people can express themselves in their own language?

Youth NGOs are important, but can they reach a significant proportion of the 12 million people the programme intends to reach? In other words, how to achieve massive participation when the majority of formal youth organisation is specialised and relatively small in membership? There is a need to connect informal youth, from online platforms to assemblies gathered at many city squares. Perhaps the programme could link with the budding movement of transnational municipalism, where participatory democracy and different kinds of politics is practised at city level (examples Barcelona, Messina and Gdansk). There is a need to establish vertical connection from the grass roots to centres of power. In essence, increasing the numbers of active young people is a political, while not necessarily, partisan act. Can the programme of the implementing agencies make that jump and embrace politics?

It is great that the Commission asked for more money and has become very ambitious in setting up the goals of the expected outreach. Understandably, the programme document does not address political challenges, but the programming on the ground must. Finally, it should go beyond some preconceived and, current, narrow definitions of European citizenship and pluralism. Instead, the programme must embrace and benefit from proper (pluralistic) answers to what being European in the EU means. There are no one-size-fits-all solutions, but it would be a pity to squander an opportunity to help young Europeans in need in an ageing continent.

[1] The legal texts have been published under: https://ec.europa.eu/commission/publications/investing-people_en.

[2] My favourite is by Demos UK entitled “Nothing to fear but fear itself?”: www.demos.co.uk/project/nothing-to-fear-but-fear-itself.

[3] This is also known as predatory lending, explained here: https://financial-dictionary.thefreedictionary.com/Predatory+Lending 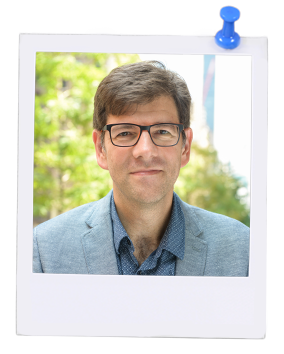 Goran is a youth [email protected] who today supports young and not so young people in civil society across Europe.