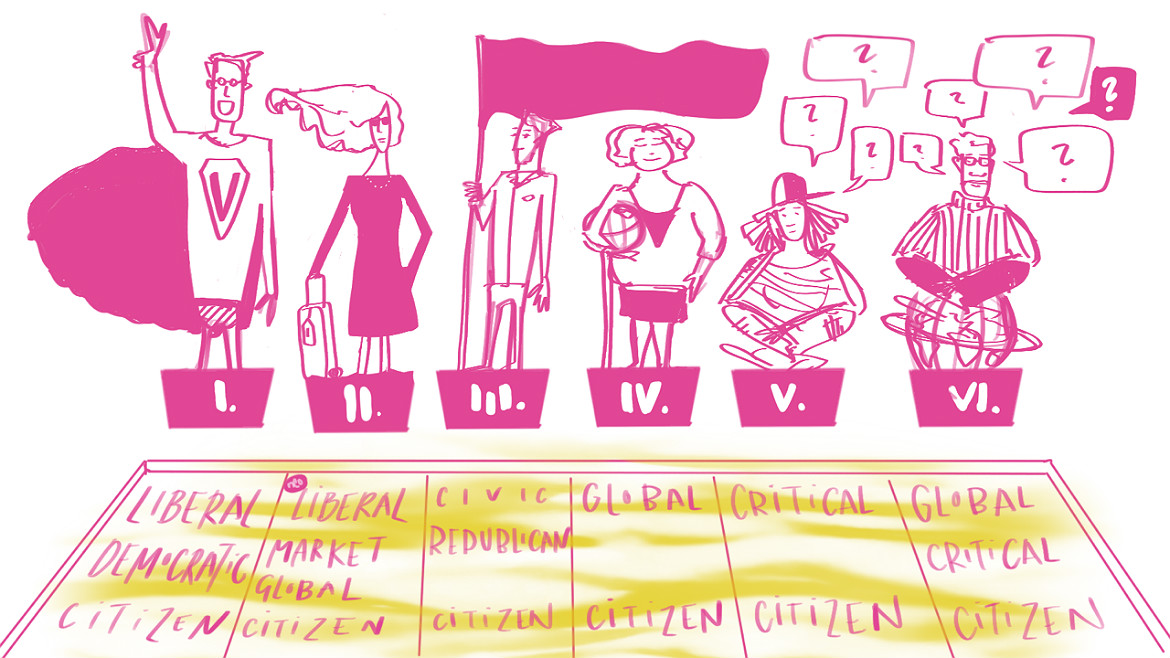 by Bryony Hoskins and Zara Lavchyan

European citizenship is a concept that we have worked on and sometimes struggled with from the very start of the youth partnership 20 years ago. Our experiences of the partnership, and more broadly in the youth sector, provide a useful position in which to reflect on the meaning of European citizenship in youth work today. This article provides the outcome of this dialogue.

Citizenship historically has referred to the legal rights and obligations bestowed on an individual by the state in which they are citizens, denoted by their nationality (Marshall 1950). Today’s versatile, technological, global and fairly unstable world was unimaginable 20 years ago. There are some newly established democratic countries that are building democratic governance alongside some older democratic countries retrenching and looking inwards. There are different ways that people understand and practise citizenship, and perceive their rights and responsibilities in relationship to the state and more broadly to the world as a whole. In this new context has the concept of European citizenship changed?

European citizenship: concept beyond the borders of the EU

If we look at the legal basis of EU citizenship we can critically engage with how this can appear to be working. At the very foundations of EU citizenship, there is the right to circulate and reside freely: study, work and travel. But what can be reflected upon is who is really benefiting most from these rights? Most studies show that those who benefit most from these rights are the highly educated, those who have worked and/or studied in several European countries, speak several languages and those who have participated in a number of European programmes or activities. The evidence for this is found in evaluations of many of the European programmes (for example, see research by Kuhn 2012 and Recchi 2015).

It is possible to argue then that EU citizenship even at its very basic level is currently working more for the elites than for the average Europeans, even for those with EU citizenship. Some EU citizens, of course, do live on the borders between EU countries and can cross easily even by foot into another EU country. But for some less advantaged EU citizens they will never have visited the capital of their country, let alone travelled to another EU country. The European Union needs to be relevant and offer the less advantaged more in order to ensure long-term survival.

Often Europe and consequently European citizenship is perceived as a characteristic and a prerogative of Western European countries and cultures, and new members of international institutions and processes do not identify themselves as European. Often anything branded as “European” seems to be stigmatised as a foreign, aggressively promoted concept and to reflect a value originating from western Europe. This creates certain dynamics and resistance, even though the values promoted do not necessarily go against the existing norms, and accepted political and social traditions. So one big question is: How to work with ideas of Europe and European citizenship in sceptical contexts and in the countries outside the European Union, without falling into the risk of being misperceived or labelled? Another big challenge and the question is: How do we bring Europe and feeling of European citizenship to these places? How do we encompass and touch the European dimension, global dimension on a local level? 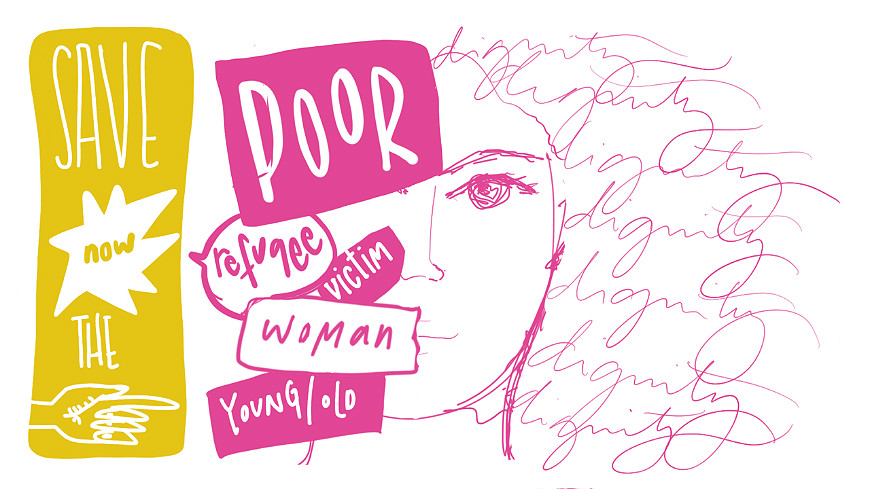 In search of new forms and understanding: which types of citizens are we?

The various crises, austerity measures, the recent rise of nationalism and populism globally, demonstrated by the UK’s EU referendum in 2016, Trump’s election in the US in 2016 and the 2018 Hungarian and Italian populist victories has led to various challenges to Europe as we know it. These events have provided an opportunity for a wake-up call in Europe and for European institutions about the importance of developing an inclusive and participatory form of European citizenship. The concept needs a new narrative nowadays – open and encompassing the full diversity of traditions, historical beliefs, approaches, experiences, understandings, expectations and limitations which are now on the table.

When trying to pull together what kind of citizens we have and have had throughout modern history in European countries, several types can be classified and identified, which might not necessarily be found in one pure form, but also exist in various combinations. As previous research has it (Hoskins 2018) there can be at least six types:

When looking at the classification, one wants to believe we are global critical citizens, as it seems the most noble and adequate for the life we live today and will be living tomorrow. But in reality, all these forms exist in parallel and some countries during their development put different emphasis or prioritise one or other type. Countries in political and social transition might see these types in a dynamic vector of development for its citizens, where the drive is to reach the global critical citizenship characteristics. Some of the older democracies may see their fellow citizens as moving backwards in the opposite direction.

When we started revisiting the question of understanding European citizenship we realised that the context was important. Today’s reality is of a political and economic roller coaster, with movement towards more radical right-wing approaches in governments, disillusionment of people, the closing of national borders, internal and external conflicts, general dissatisfaction with life and limited opportunities for young people’s future. In this context, we realised that there were several sets of questions we needed to try to analyse to come up with a clear understanding of the remit and role of youth work in supporting young citizens today. These questions were brought up and discussed during one of the recent expert seminars of the youth partnership, which took place in Strasbourg in May 2018, entitled European Citizenship: Which Ways Forward. We can group them into a few clusters:

Evidence has shown that voluntary participation in decision-making processes inside and outside school, and citizenship learning opportunities more generally, has often led to the most advantaged and most able taking up more of these opportunities (Hoskins et al. 2017). Socio-economic differences in participation in decision making across Europe are still considerable (Bovens and Wille 2010; Dalton 2017). If we add European and global citizenship to this equation, the socio-economic inequalities in participation may well be even higher. This is the challenge that needs to be addressed by the European youth field as well as by youth and education policy more generally.

Global citizenship is the rights, responsibilities, actions and identity based on the values of global human rights and the need to create social justice within and between countries, performed at the local, national and global level using both individual and collective action.
(Hoskins 2016)

Hoskins, B., Janmaat, J.G., and Melis, G, ( 2017) 'Tackling inequalities in political socialisation: A Systematic analysis of Access to and Mitigation Effects of Learning Citizenship at School' Social Science Research

Hoskins B. (2016), “Towards the development of an international module for assessing learning in Global Citizenship Education (GCE) and Education for Sustainable Development (ESD): a critical review of current measurement strategies”, UNESCO, Paris, 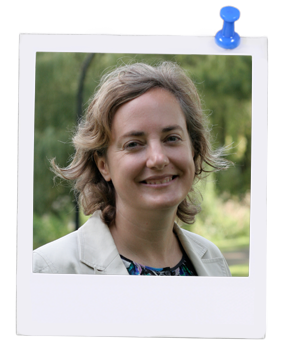 Bryony is a professor in Comparative Social Science at the University of Roehampton (London) and currently performs consultancy work for the UNESCO. 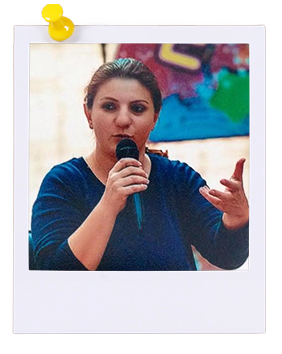 Zara is an educator, author of blended educational resources for youth and adult learners. Mother of twin girls, who teach her the wisdom of life.