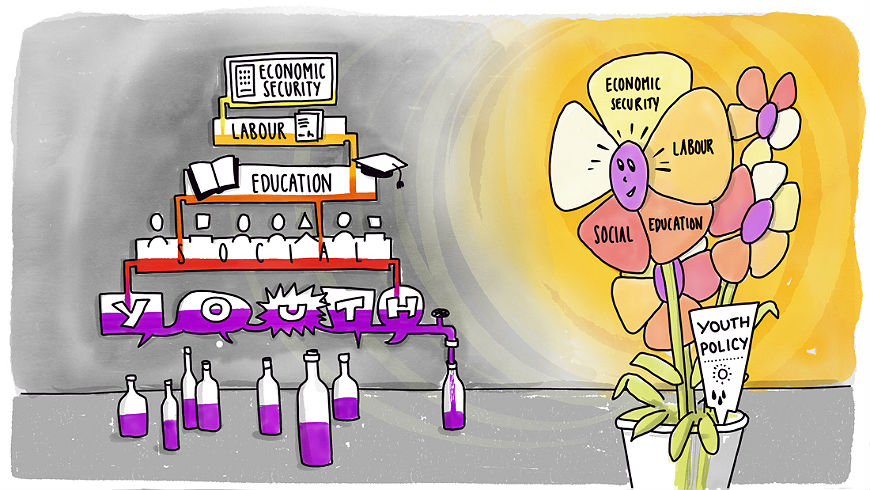 What is the role of youth (work) training in Europe today?

Taking on the considerable challenge to answer the title’s question, Miguel gives us his considered personal opinion – based on decades of professional experience in the field…

When thinking about the role of youth (work) training in Europe today, I propose to revisit the basic functions of youth work, youth policy and youth training. After that I have tried to summarise, probably in a very incomplete way, some of the achievements I experienced in the last two decades in youth (work) training. Finally, with a certain level of accumulated frustration, I reflect about the hierarchisation of policies; a not sufficiently analysed phenomena that, from my point of view, has limited and is limiting the youth (work) training achievements and in some cases is undermining its nature. 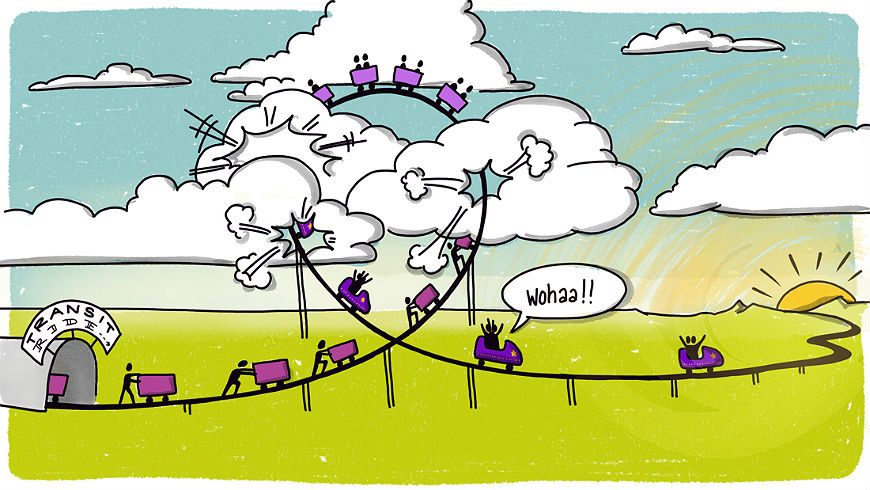 The other function would be the one of being a “forum” for the self-expression and participation of young people – to enable them to deal with their interests, aspirations, present and future – without any predetermined intention, change or evolution in a certain direction in relation to the adult world.

It is not part of our aim to achieve a comfortable integration of the youth and adult populations, not to attempt to socialize the young so that they are reconciled with the status-quo, and capitulate to its values. The aim should be to establish a dialogue between young people and the rest of society; a dialectical and not necessary amicable process … There can no longer be an underlying consensus about all the issues which face our society” (cited in Davies 1999, p. 126).[1]

As a colleague of mine declared in the middle of a training of trainers course, the essence of youth (work) training is concentrated in “a good small group discussion”. I agree, in a face-to-face good small group discussion we can indeed have a very authentic experience of forum (everybody is important) and of transition (the diversity, the mutual trust and the group dimension provoke a change).

This has been, in my opinion, with the steps ahead and shortcomings explored in the following sections, the role of youth (work) training in Europe in the last decades.

During the last two decades, I have seen, participated in and evaluated a lot of very successful training activities in the fields of human rights, youth participation, citizenship, social inclusion, intercultural education, environmental education – directly with young people and those who work with them (youth workers, trainers and so on). Youth (work) training has contributed to the growth and personal development of many young people around Europe; it has promoted a lot of local, regional and national activities improving the opportunities of young people in their education, employment, access to culture, leisure time, housing, family life…

In partnership with policy makers, youth (work) training has been crucial for the articulation of policies in all those fields. The recommendations and resolutions on social rights, youth work itself, on participation and citizenship in the Council of Europe, the youth strategies of the European Union, the agendas of quality and recognition of non-formal education, the two conventions on European Youth Work, the European Training Strategy and the mobility policies at European level are just some of the most relevant policy developments which (in my opinion) could not have happened without the contribution of youth (work) training.

For the development of the above-described functions of youth policy, youth work and training, the co‑management system of the Council of Europe has been crucial in the last decades. It is still a reference that continues inspiring similar schemes at local, regional and national level. The consultation mechanisms in the European Commission and the “magic triangle” by the Youth Partnership have also contributed a lot to the growing synergies between research, youth policy, youth work and training.

We can observe an authentic explosion of methods and publications, generally of a quite high quality I would say. Compass and the specialised manuals linked to it – the T-Kits, the Tool-Box, the Tool-Fairs, the reports and online resources available coming from almost every training activity – are an expression of the educational and methodological development in training. The “classical” simulation exercises and group activities run with “standard facilitation material” (as we used to write in the technical needs) are now complemented by a growing number of outdoor activities, blended learning, coaching and games.

In 2011, for the first time, I observed that in a training room there were more laptops than participants. This is just an anecdote to say that digitalisation has had an enormous impact in the way of learning, communicating, thinking, organising and acting in youth (work) training. Without entering into the pros and cons of it, it is clear that the youth (work) training field has incorporated ICT in a more dynamic way than other sectors of our societies.

Beyond many shortcomings, just a challenge

Evaluation has taken a growing importance in youth (work) training in the last decades. That would be, in principle, another step ahead. Thanks to that, we are certainly able to complement the previous overview of steps ahead (the half-full bottle) with many shortcomings (the half-empty one).

I do not aim to do that in this last part of the article, partly because I miss out some information at different levels, but mostly because I want to concentrate on just a challenge that, according to the reflection of my own experience is provoking, the bottle, despite the generous commitment and professionalism of most of the actors involved, will never be full.

In contrast with the “flower of policies” (a beautiful graphic representation of equally important policies co‑operating among them) presented to me more than 20 years ago in the EYCS, I think that nowadays there is a clear pyramid of policies. The top policy is the economic-security one (without security no business). That policy not just influences but determines the labour policy. The aim of the labour policy is not guaranteeing the right to work but of guaranteeing a sufficient number of employments for the macro-economic sustainability of the system. The social and education policy are the service of that labour policy with the purpose of increasing the employability of young people in that scheme; leaving aside their traditional aims of full individual development and social justice. Both formal and non-formal education would be at the service of such a social and education policy.

Of course this is a very simplistic picture and reality is always much more complex and with a lot of grey zones. However, with all precautions, I think that this “hierarchisation of policies” is a tendency that according to my experience is making it impossible to achieve the full bottle.

But those two are not the only experiences where I have felt that. In the last two decades I have felt several times the ceiling of higher policies exactly one millimetre above the head of youth (work) training.

As an example, I would like to mention my experience back to 2001 with the sudden importance of European citizenship after a massive abstention of young people in the European elections. I became involved in the drafting of a T-Kit without knowing what European citizenship was really about (nobody knew I think). After that a lot of courses and activities came. Of course, as I was saying before, a lot was achieved in the field. I saw all that thanks to my participation in publications, research seminars and training activities. But together with that I always felt the ceiling of the institutional short-term priorities. Institutions were more worried (I think) about compensating their democratic deficit than about launching an open political discussion about the future of Europe and about their own role in the youth field. That discussion came years later, conditioned by the misuse of the migration phenomena, by the Euroscepticism, the populism and the “radicalisation” leading to violence of some young people. Paradoxically these big discussions have taken place at a political level when the T-Kit on European citizenship was updated. The educational proposal is fully consolidated but the priorities changed and the resources were not there for young people to be able to have a more active role in those debates.

My experience, or better said, the reading of my experience tells me that higher policies on the one hand tend to put onto the shoulders of youth (work) training unrealistic (in relation to the resources) responsibilities, fed by the generous and idealistic commitment of non-formal education actors. On the other hand, after doing our job (certainly with shortcomings but quite successfully) the higher policies tend to put borders or disregard the capacity of youth (work) training to transcend and articulate proposals beyond the youth field.

I think that this has, at least partially, happened in the following developments of youth (work) training I was involved in, in the last decades:

in the agenda for recognition of non-formal education and the links made with “employability”;

in relation to migration and the so-called refugee crises;

in the phenomena of radicalisation leading to violence;

in the growing importance of (some aspects) of a certain kind of evaluation and visibility, and exploitation of results;

… Is it going to happen now with “Fridays for Future” and climate change? I keep tuned. 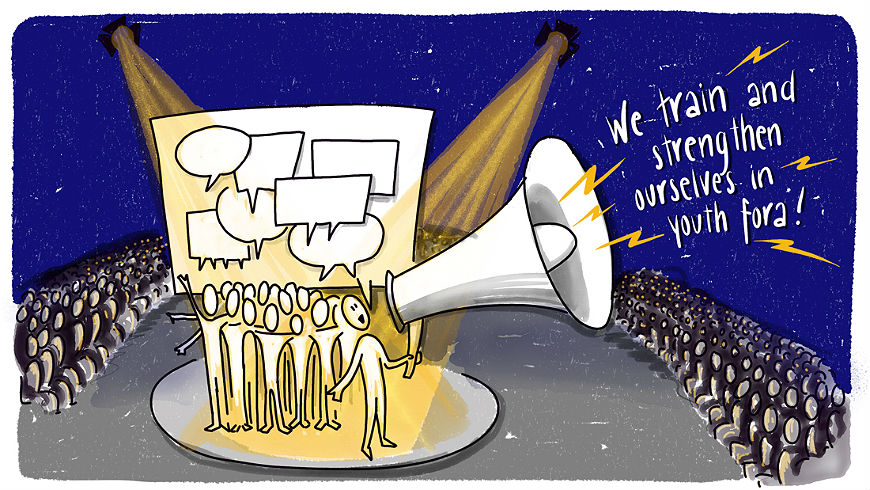 It would take too long to go into a detailed analysis of these developments in youth (work) training and it is not the intention of this article to generalise a very particular and subjective reading of these developments. Having said that, I modestly invite the youth (work) training actors to revise their experiences with the glasses or hypothesis of the hierarchisation of policies above their heads.

For example, we could ask ourselves why the focus on soft-skills development in some programmes changed towards employability or entrepreneurship in youth (work) training. Were young people asking for it? I did not perceive that. Does youth (work) training need to prove its efficiency in relation to the labour market simply because it (traditionally) develops (not just) soft skills? I do not think so. Are soft skills less important for the labour market? I do not think so. Are other actors or fields developing those competences more efficiently? Not at all. Is youth (work) training being used to show that something is being done for the right to employment of young people at the same time as other policies (economic, labour) fail? … A good question! (I think). Is a certain kind of limited recognition the sweetener for it? A very hard question! (I feel).

The ultimate aim of this kind of critical reflection around the hierarchisation of policies would be for the long term, even if that “flower of policies” might not come back, to promote a more horizontal dialogue and synergies between youth (work) training/youth policy and other policies. In between I hope that we can continue filling the half of the bottle (at least!) with changing and tasteful cocktails, challenging the borders but being more aware of them, in a relaxed way.

It is probably unrealistic to change the overall hierarchy of policies but we should be able, at least, to stop the most obscene attempts at reducing youth (work) training to a “social technology”, of reducing youth (work) training to the function of a programmed transition towards a previously determined future without the necessary (forum-like) participation of young people.

Training policies should be more tailor-made to the needs and aspirations of young people, with their active involvement and the involvement of non-formal education actors (NGOs, networks, trainers...) in the design and not just in the implementation of those policies. 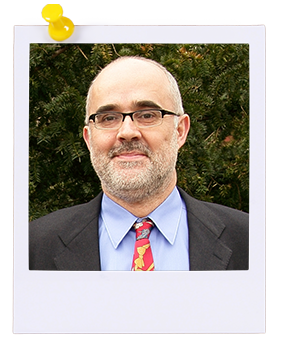 Miguel is a trainer/ consultant and evaluator in the non formal education field and a university lecturer.