“Block the hatred; Share the love”: Discussion against hate speech and discrimination towards Roma people 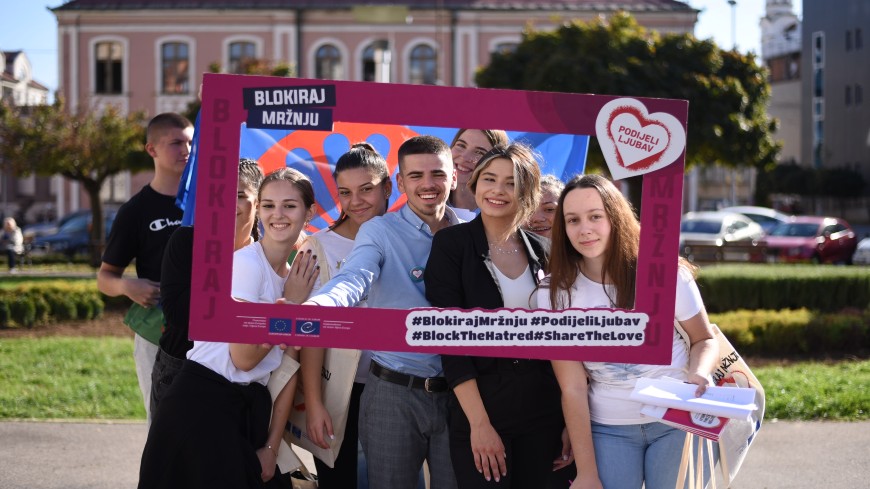 Representatives of the City of Bijeljina, its Roma community and other partners, with the support of the European Union and the Council of Europe jointly sent a message of condemning hate speech and discrimination towards Roma people yesterday in Bijeljina. They were discussing with pedestrians and pupils the dangers of hate speech and those of stigmatising certain segments of the society, sending the message of equality and inclusion to the Roma community.

Ljubiša Stanišić, Head of department for social activities, City of Bijeljina stressed the importance of fighting against hate speech and explained that the best prevention is to treat all people around us with respect and to support each other. He said that Bijeljina, in co-operation with all national communities, has managed to build a tolerant society by uniting against hate speech and acts of hatred.

Saliha Đuderija, Assistant Minister of the Ministry for Human Rights and Refugees, underlined that the acceptance of differences is essential for living together in a community and that otherwise hate speech would have a devastating effect on social cohesion, acceptance of diversity and tolerance.

Bojana Jovanović, Programme director of the organisation Otaharin said that the key cause of marginalisation and discrimination of Roma men and women is precisely Antigypsyism, as a specific form of racial intolerance. Hate speech is one of its most visible and explicit forms. Roma in Bosnia and Herzegovina are daily exposed to Antigypsyism, which is a vehicle for spreading prejudice, stereotypes and violence towards Roma.

Bosnia and Herzegovina’s no-hate Young European Ambassadors (YEAs) who are supporting the campaign Block the hatred. Share the love! and raising their voices in favour of an equal society also took part . Armin Poljak, co-ordinator of YEAs in Bosnia and Herzegovina, said that youth can definitely contribute to the social inclusion of young Roma population. He added that raising a voice makes it possible to gradually develop an environment free from discrimination, including on ethnic grounds.

The “Block the hatred. Share the love!” is an awareness raising initiative that aims to combat various forms of hate speech targeting specific communities and individuals in Bosnia and Herzegovina and in the Western Balkans. The initiative is supported by prominent public figures, institutions and activists, who are promoting diversity and equality in Bosnia and Herzegovina and in the region, through personal storytelling, testimonies and exchange of good practices.

This activity is organised by the action “Promotion of diversity and equality” which is part of the joint European Union and Council of Europe programme "Horizontal Facility for the Western Balkans and Turkey 2019-2022" in partnership with the joint EU-CoE ROMACTED Phase II Programme – “Promoting good governance and Roma empowerment at local level” in Bosnia and Herzegovina. 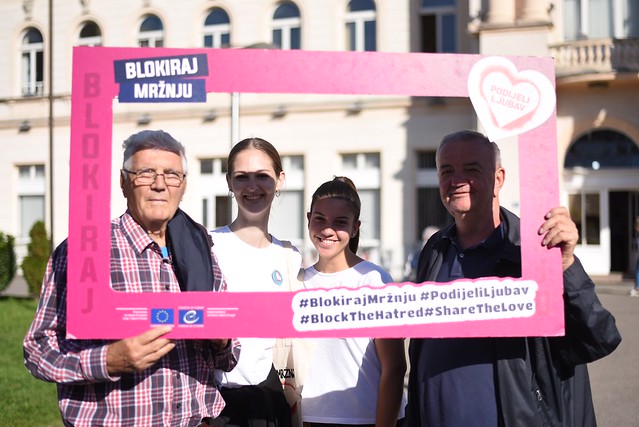