The European Youth Work Convention 2015 is one of the flagship initiatives of the Belgian Chairmanship of the Committee of Ministers of the Council of Europe (November 2014 - May 2015). It took place five years after the 1st Convention organised in Ghent on 7-10 July 2010 in the framework of the Belgian EU Presidency. This 1st Convention resulted in the Declaration of Ghent and the Resolution of the EU Council of 18-19 November 2010 on youth work, a milestone for the recognition and support of youth work in Europe.

The Convention is a unique opportunity to give a new impetus to the political and institutional debate around youth work in Europe. The Convention gathers stakeholders from all over Europe bringing together complementary knowledge, perspectives and experiences on youth work in order to:

Analysis and ideas formulated by participants during the Convention were collected by rapporteurs. They formed the basis of a final Declaration which was presented in the closing plenary session 'Looking ahead'. 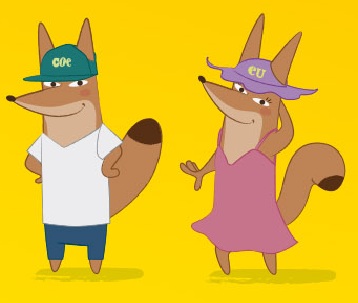 Coyote magazine’s editorial team of six will be present at the Convention and work on the next issue of the magazine, dedicated to youth work. They will write articles, interview EYWC participants and encourage them to contribute. They will pick up the main issues, raise questions, take photos and inspire each other to produce an exciting #23! (more...)

Video: What is youth work today?

Let's shape the face of youth work at the EYWC2015

Brussels, 27/04/2015 (Agence Europe) - The Commissioner for Education, Culture and Youth, Tibor Navracsics, will be taking part in the “European Youth Work Convention”, one of the flagship initiatives of the Belgian Presidency of the Council of Europe, inaugurated on 27 April.

The Commissioner will take part in the plenary session on Thursday 30 April at which the Commissioner will make a speech to conclude the event. Navracsics is also expected to mention certain elements in the Declaration, which will be published at the end of the event. His comments are expected to be based on the contributions and conclusions from the workshops. This declaration seeks to provide a new boost to policy in this area in Europe. Isabelle Weykmans, the minister for culture, employment and tourism for the German-speaking community of Belgium, explained: “We want to deliver a strong political message from the Convention, with a Declaration calling for action at the European and national levels to support youth work as a way for Europe's young people to find their place in a fast evolving, digitally driven economy and society and pursue their dreams”.

The European Youth Work Convention this week is expected to bring more than 400 political leaders, researchers and practitioners together, to debate the problems confronting young people at local, national and European levels. The event takes place five years after the first Convention held in July 2010 in Ghent, when Belgium held the presidency of the Council of European Ministers. The different panels and workshops will assess the changing situation since the 2010 declaration and will call for more attention to be paid to young people's demands in the elaboration of European policies affecting them, as well as wider recognition by the public and private sector of non-formal learning from youth work experience, in addition to formal education. For further information: www.eywc2015.eu. (Isabelle Lamberty)