Ukraine is creating opportunities for the national minorities

The Council of Europe and European Union joint project to strengthen the protection of national minorities in Ukraine is a milestone in both promoting the state language, and protecting the national minorities, said Tatyana Movchan, an expert on integration and co-ordination of international relations, who is in charge of secondary education (at the Directorate of Strategic Planning and European Integration) at the Ministry of Education.

Ukraine is home to more than 130 national minorities with the largest ethnic groups being Russians, Belarusian, Crimean Tatars, Hungarians, Romanians and Romani.

In 2017, Ukraine adopted Article 7 of the Law of Education, supporting Ukrainian as the language of education and aiming to improve proficiency of Ukrainian language in schools, while also ensuring opportunities for all children.

“Schools can choose the teaching language, based on the capacities of teachers and parental demands. We just advise on the ratio of teaching in Ukrainian to native language, and share the professional expertise so that they can choose which is better for the children”, said Tatyana Movchan. 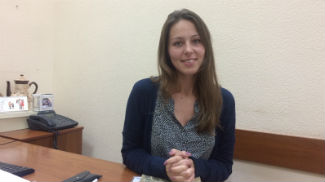 erstanding amongst the national minorities and neighbouring countries. Therefore we started the project with the Council of Europe on the implementation of Article 7 to be sure it complies with the recommendations of the Venice Commission. It consented that the state language is an important tool and also is a crucial component of the national identity of Ukrainian citizens and a guarantor of its national sovereignty”, said Movchan.

Drawing a road map to bring the sides together

According to Movchan, a comprehensive workshop was organised for the national minorities and civil society oranisations on the practical implementation of the Venice Commission recommendations, which are based on the balance of the strengthened role of the state language and the protection of national minorities’ rights.

The Ministry of Education and Science of Ukraine elaborated a Road Map to be implemented up to 2023, based on the Venice Commission recommendations, which has a number of ambitious goals aiming to strengthen the status of the state language at schools. “The Road Map also ensures that the government is co-ordinating its steps with the European standards”, said Movchan. She added that the European Union and the Council of Europe act as a guarantor of trust between the state bodies and national minorities, who perceive the state bodies as the ones opposing their monolingual system. “Minority groups see the European experts to be more independent”, said Movchan. “Meanwhile, we follow the experts’ advice to be transparent in all our activities and discuss every step we take, and to find compromises with the representatives of national minorities”.

Movchan mentioned an exceptional benefit of the part of project which shared the European experience of bilingual education.

It illustrated the successful experience of bilingual education in the Czech Republic and Austria. Yet, Ukrainian experts believe they need to develop a model, which will encompass the peculiarities of the very country.

“The European experience shows we need to convince the minority groups of the privilege of mastering two languages, which will increase the chances of children of entering higher education, since these institutions are only in Ukrainian, and eventually it could lead to a better job and opportunities”, said Movchan.

Better coordination with the stakeholders to improve the national strategy

Ministry of Education and Science will be working with a newly selected team of representatives of indigenous peoples and national minorities who have been appointed to an advisory body of the Ministry. “The first meeting of the board will take place in October 2018, and will help us address the most urgent issues regarding the education and needs of the national minorities, as well as improving co-ordination, the exchange of ideas and set-up regular consultations”, said Movchan.

How to define a national minority? 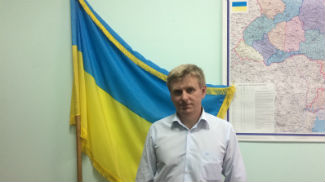 “A seminar this year on legislation on national minorities in the EU countries was very informative to learn about practical case studies”, said Mikhail Podyuk, Deputy Head of the Department in charge of Co-operation with National Minorities at the Ministry of Culture. “We had exchanges that contributed to our ongoing work on amending the legislation to meet the new challenges. We also learnt about some new practical ways to solve some issues effectively”.

Apparently, the seminar introduced various existing definitions used to interpret the term “national minority”, as in Ukraine an ethnic group is considered a national minority only if they have lived in the country for over a century.

Podyuk says the existing legislation make it difficult to differentiate between a migrant and a national minority. “There was a discussion on the pros and cons of keeping the “100 years” definition in order to distinguish a minority from a migrant, but in the end we decided to use a more general definition in order to be objective and unbiased”, said Podyuk. “At the moment, we are introducing this notion in the national policy to further insert the new definitions in a draft law on national minorities”.

In this respect, he emphasised the importance to conduct a new census, since the last one was completed in 2001. “New data will lay the foundations for a more balanced and accurate policy”, said Podyuk.

A new national minority body on the way?

According to Podyuk, the project showed how many countries have created a special body to deal with national minority issues. “This made it clear such a body should be established in Ukraine”, he said, “and if the body is founded, it should also have an advisory board to co-ordinate the work of the regional structures”.

Meanwhile, a representative of a national minority, who wished to remain anonymous, complained that there have been a lot of preliminary decisions to establish such a body, but all were in vain. “They keep promising the foundation of the body all the time. We suggested creating a structure with real executive power, and that the body will be able to render us a real help and promptly solve the issues of the national minorities”, said the source. “Although de jure the rights of national minorities are protected in Ukraine, there can always be issues, which would require attention and prompt response from the officials”. 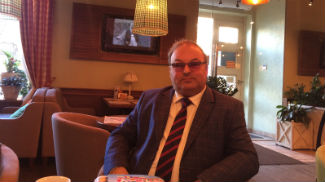 of the Council of the National Communities in Ukraine said that in the past there was a Ministry of Nationality in Ukraine, which later was restructured to become the State Committee of Nationalities and Religions. However, in 2010 all these bodies were abolished. “Currently, there is a small department in the Ministry of Culture in charge of national minorities issues. However, it is not just about minority songs and dances, there are a lot of issues, including cases of minority rights violations. If the leaders of Ukraine wish to comply with democratic values, then they should restore the body, which will have the executive power to solve the issues of national minorities in a quick and effective manner”.