Importance of European project’s contribution to media independence in Ukraine 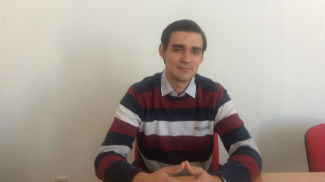 A European Union and Council of Europe joint project provided invaluable expertise in developing a legal framework for audiovisual media services, said Igor Rozkladai, media expert and co-author of the draft law on audiovisual media services in Ukraine. “This support was especially effective as the team of experts came from Western and Eastern Europe as well as Ukraine, and their evaluations proved to be the best to interpret the country’s state of affairs and provide the optimal solutions”, he said.

Rozkladai explained that the experts are ensuring that the draft law is in compliance with the European recommendations, while changing the concept of frequency regulation, focusing more on the content.

“This is a unique opportunity to embrace all the stakeholders’ concerns”, he said. Nevertheless, he noted that the draft law might not fully satisfy everyone, but will ensure a balance to make the conditions of co-operation favourable. “Therefore, we need the rules to be precise, and this is the goal that we pursue”, he said.

Rozkladai said that the current legislation for media websites is quite liberal, and the most complicated issue is the registration procedure. “There are almost no tools to close a media outlet, and the draft law is the guarantee of the independence of the media”, said the media expert. 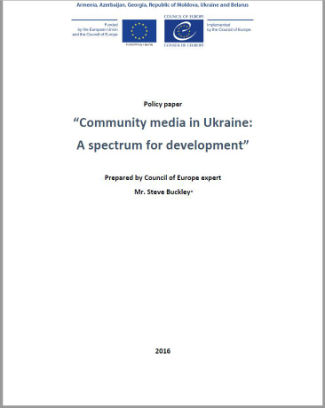 The new draft law will also introduce a new provision regarding community broadcasting, which is a commitment of Ukraine in the framework of its association process with the EU.

“At the moment, local broadcasting for communities is a pilot project, and we are trying to make it as transparent as possible to avoid politicization and its usage for other purposes”, said Rozkladai.

Novikov explained that community media is well recognised and works well in Ukrainian society, even though it still lacks a legal basis. “This is a contribution to grassroots growth, when we provide local, national and professional communities the tools for achieving their objectives”, he said.

A number of events and large conferences were organized in Kyiv, Odesa and Zaporizhzhia to raise awareness among journalists regarding sexism in the media. 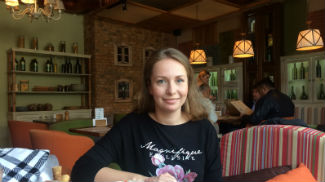 “We brought human rights activists, journalists and government officials together in these events to engage them in a dialogue to combat sexism”, said Oleksandra Golub, Head of the League of Women’s Rights Protection “Harmony of equals”. As part of the project, a brochure has been distributed that provides tips and instructions on how to avoid sexism, particularly in advertising. In addition, “No prejudice in media: words matter” guidebook was published for journalists to help them navigate gender equality and sexism, as well as broadcast without discrimination on nationam minorities issues. “Gender sensitivity in media has never been addressed under the law. We have just started to promote this issue in society, and we have already achieved some progress”, said Golub.

However, sexism is still a problem, she said, showing a recent example of a publication in one of the largest media outlets “The Ukrainian truth”, which focused on the outfits of women politicians. “The article concluded that it is possible to seriously consider a woman as a politician if only she is dressed respectfully, which is nonsense”, she said.

Golub said that her organisation often files complaints about discriminatory articles and negotiates a lot with both the publishers and writers. “I can see a better understanding of the problem and a change in mentality”, she said.

Capacity of the media regulator is strengthened

“The project has contributed to the strengthening of the capacity of media regulators and improving the transparency of media in general”, said Olha Herasymiuk, first Deputy Head of the National Council for TV and Radio Broadcasting.

The legislation on transparency of media ownership was adopted in 2015, which stipulated the creation of a working group to process the ownership data.

“This team introduced the relevant amendments to the regulation”, said Herasymiuk. However, she thinks the issue of transparency of media financing is still pivotal.

She said they learnt from the Georgian experience on financial transparency, preparation for the transition to digital TV, activities to protect minors and how to regulate the media during election campaigns. Self-regulation is very valuable for Ukraine. “In 2017 we had a study visit to the National Communications Commission of Georgia, and this was very useful experience for us to rapidly progress in these areas”, said Herasymiuk.

Moreover, in 2017 the project organised a workshop “Digital radio and transparency of media ownership” to introduce the European experience to the Ukrainian context. “We received directions on how to move forward in this process, since it was all new for us, and we started a process on promoting digital radio”, she said.

The project consultants assisted in expanding the legislative base to create a Supervisory Board within the Council to ensure the independence of the regulator.

“It was once a corrupt system, and we started to combat the corruption, and realised that in order to guarantee the independence we needed the relevant provisions in the law”, she said. She added that the old system is still resistant and the political will fails to manage the issues since there is a conflict of interest in the situation where all the large media belongs to a select few who regulate the news.

Public TV and Radio to serve as a media standard

Herasymiuk said that it was important to establish public TV and Radio stations in order to “set the standard”.

“We have issues with ratings and we have a shortage of funds, but today nobody can say that behind the news of the UA:PBC there is someone's shadow, neither the president, nor the prime minister, nor the oligarchs”, she said. “The setting the standard was the most important objective for us working within this project with the Council of Europe”. 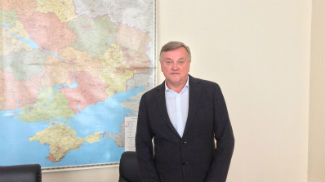 Oleh Nalyvaiko, Head of the State Committee for Television and Radio Broadcasting said that after the revolution, Ukraine started to implement two large reforms – the creation of a public broadcaster and the reform of state and communal print media.

These reforms were highly supported by the project’s experts who drafted the specific legal documents and consulted with the Ukrainian legislators and officials.

“Today, 250 print publications are completely reformed and they work independently with their own budgets. This is the island of freedom of speech that has been created”, said Nalyvaiko. He also said that another 250 publications are due to be reformed soon.

He noted that the project supported the opening of the legal consultations at the Council of Journalists and Media Business Association to help the media managers solve the challenges caused by the new regulations.

Nalyvaiko mentioned the impact of the reform on the newspapers in the regions. “Before the reform, a newspaper was filled with stories about the local governor and his surroundings with plenty of their portrait photos. Now the content has changed drastically, and an editor understands that the circulation depends on the reader and that Soviet-era tradition which urged newspaper subscriptions is outdated and no longer practised”, he said.

Focus on the hero: the project improves the skill of journalists

Mariya Frey, the Executive Producer of UA:PBC, said that the project supported the education of the authors of programmes on military subjects.

“We gathered the authors of TV programmes about war, soldiers and veterans for a training course to teach them how to work with soldiers and veterans”, she said. “The training included sessions with psychologists, rehabilitation specialists and media consultants who monitor how the image of veterans in general is being illustrated in Ukraine”.

Frey noted that recommendations on Ukrainian domestic policy for covering and creating programs about veterans on Public TV have been made to switch the veteran’s image of pity, regret, loss and pain to respect, dignity and pride.

“This is a different angle and approach to the story of heroes. The most important requirement for a journalist was to put aside his/her own assessment and show the unique experience of a hero”, said Frey.

Frey agreed that the quality of the programmes has changed, “We try to follow the journalists’ standards of being unbiased, critical thinkers”, she said. “Therefore, audience outreach has changed as our work as journalists pursue new standards and values”.