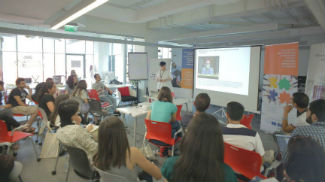 “Activities implemented within the “Strengthening Integrity and Combatting Corruption in Higher Education in Armenia” project armed us both with the relevant European practices and provided benchmarks in order to bring significant improvements into the Armenian education system", said Varazdat Hovanesyan, Head of Quality Assurance Centre of the Armenian National University of Architecture and Construction (NUACA).

The 3-year project was implemented by the Council of Europe with a budget of 588,000 euros, 85% funded by the European Union and 15% by the Council of Europe. It helped increase integrity in the Armenia’s higher education system while also ensuring transparency and accountability in higher education institutions. Since 2015, the European Union and Council of Europe have been working together under the Partnership for Good Governance to strengthen the capacity of Eastern Partnership countries’ institutions to combat corruption.

Three toolkits on “Governance”, “Human Resources” and “Curriculum Development and Student Assessment” as well as a model “Code of Ethics” for Higher Education Institutions were developed by the project to answer questions concerning universities’ policies and practices, providing solutions and mechanisms for regulating the higher education system effectively.

“The online toolkit on gov 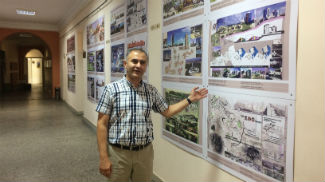 ernance provides access to the policy papers and regulations at eleven Armenian universities. This alone can be effective in combatting corruption, since previously hidden internal data became suddenly visible to the public”, said Hovanesyan. “Now we can find the projects the universities have been implementing with their budgets and accepted practices, and relate it to the policies and indicators”. These concrete results reflect the added value of the partnership between the European Union and the Council of Europe.

Participating in the creation of these toolkits and other activities within the project provided impetus for further improvements in the system, said Angin Martirosyan, Head of Education Programs and Academic Department of NUACA, who was also involved in the piloting of the online tool on governance “Ensuring Transparency and Accountability in Higher Education Institutions” https://etag.emis.am.

“We realized the need 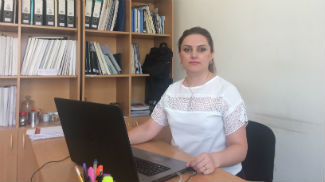 to combat corruption in higher education and agreed to be involved in the piloting of the online governance toolkit. Our university set up a working group of key staff who completed the online governance questionnaire and produced the report which was accepted by the Academic council and was published on the toolkit website”, she said. “Going through this process, compiling and analysing information for this toolkit, evaluating the indicators helped us develop a roadmap on how to improve the current system and prevent corruption risks.”

Sevag, a student of the YSU, who asked that his last name not be used said, “It is almost widespread in our general culture to bribe a lecturer or send a “close person” to negotiate a mark, and this starts from the very entry into university, which limits the competition between the students and significantly reduces the quality of education and has negative consequences for the graduates. This feeds a rotten unfair atmosphere inside the system. With the Code for Ethical conduct, there is a chance to bring real changes in the old-rooted mentality of bribery in higher education”.

Development of a number of key policy papers to underpin the Code of Ethics for students, lecturers and managers of higher education institutions, is suggested in the guidelines for developing Codes of Ethics. This includes policies on academic integrity and plagiarism, on conflict of interest, whistle-blower’s protection, rules of the ethics committee and an anti-corruption policy. 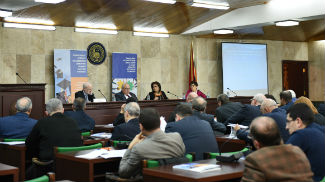 Nouneh Minasian, Director of Quality Assurance centre of the Academy of Fine Arts of Armenia, was involved in drafting and piloting the Codes of Ethics, “These papers outlining the principles and values are key to preventing plagiarism, other violations of integrity and fight against corruption in our system of higher education. After the training courses, we realised the need to change our regulations to optimise the system and properly address the issues in the field”.

The establishment of a committee on ethical issues was an important impetus of the project. “Before, all issues were solved by a delegated ‘someone’. After the training courses we realised the need for this body and have already developed the process of selection and functioning of the committee at our University”, Minasian said.

She also mentioned that the development of a whistle-blower’s policy was a “cultural shock” for the educators. “Now, a student may complain about an inappropriate attitude of a lecturer and we would need to provide some mechanisms to protect the student’s rights, which did not exist in Armenia before”.

This project is part of the Council of Europe and European Union “Partnership for Good Governance” programme, which has a budget of 36 million, it aims to strengthen the capacity of Eastern Partnership countries to implement domestic reforms to bring them closer to European standards in the fields of human rights, democracy and the rule of law.