Improved penitentiary system contributes to the security of Ukrainian society 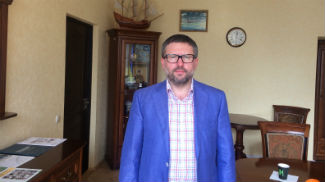 “A package of reforms were required for Ukraine’s penitentiary system, as well as a new draft law on the penitentiary system and the creation of a penitentiary inspection service”, said Denys Chernyshov, Deputy Justice Minister of Ukraine. A so-called “Passport of Reforms” for prisons was also developed by a broad group of stakeholders, including national experts, other donor agencies and contributions from a joint European Union and Council of Europe project; they targeted a range of issues, including the conditions of detention, ill-treatment, and inappropriate provision of medical services.

“The legislators recognised the need to change the system”, he said. “Therefore, no one in Ukraine doubted the need to reform, and the Council of Europe’s experts played a key role in advising us and sharing their knowledge”.

The Deputy Justice Minister said that that the project’s assessment of the condition of detention, staff and its training, food, medicine, the rule of internal settlement, and labour training, has redefined the mission and the tasks of the penitentiary system in a way that will increase safety and security of Ukrainian society.

“This could be achieved by social rehabilitation of people who broke the law, to avoid recurrence”, he said. “Our success is in achieving this goal, when a person is ready to integrate into society at the end of his term – it is a sign that the system is functioning correctly”.

Shifting away from punitive to rehabilitative approach in prison management

"There is now an understanding that through physical or psychological pressure you will not achieve the desired result”, said the Deputy Minister. “Two of our penitentiary managers made a study visit to Ireland, where they received practical knowledge about what dynamic security is, and how prison personnel should be trained to communicate with the prisoners based on mutual understanding, while also suppressing aggression.

Chernyshov believes this practical experience turned these penitentiary managers from being critics, who had previously argued that new provisions were not applicable to Ukraine, to some of the most ardent promoters of the need to introduce new practices.

“Our attitude changed especially as we started realising that the person we wish to release from the prison should be someone we are not afraid of if they moved into our own neighbourhood”, he said. “This is a shift away from the punitive to a rehabilitative approach, giving a great deal to a person’s social recuperation”

As a result, 60 macro and 250 micro tasks for the progress in each area of the reform path have been elaborated in the Passport of Reforms, devised with inputs from national and international experts, including Council of Europe experts. 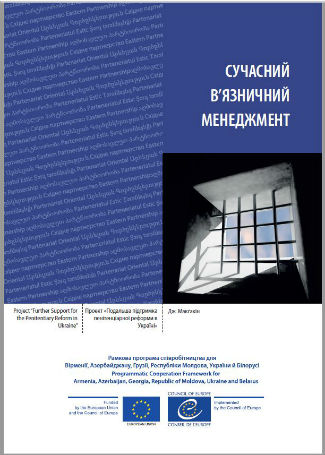 Moreover, the “Modern Prison Management” handbook, specifically prepared for Ukraine, has been developed, published and disseminated as a result of the CoE experts’ cooperation with the Ukrainian prison staff in 9 pilot prisons. As part of the awareness raising campaign, 8,000 booklets on prisoners’ rights were distributed in prisons to inform them about their rights, in particular their right to file a complaint and how to go about it.

“Ninety percent of issues arise when the personnel do not know the rules”, said Chernyshov. “We believe if a prisoner is better educated about his rights, this alone can have greater impact on the personnel to better fulfil their obligations”.

Another key result of the penitentiary reform in Ukraine is the draft law “On the penitentiary system”. The project team played a key role in capturing the important shift in understanding the purpose of the prison system and highlighting its rehabilitative role. The work on the draft was immense — it has had 20 authors and it had to pass through various expert assessments. The draft law is due to be adopted by the Parliament”, he said.

Amended Constitution to provide tools to improve the penitentiary system

“Amendments in the Constitution from 2015 provided the foundation for the creation of a new agency with a mandate to carry out regular penitentiary inspections in compliance with European standards”, said Volodymyr Trohymchuk, Head of the Ministry of Justice Department of Penitentiary Inspections. 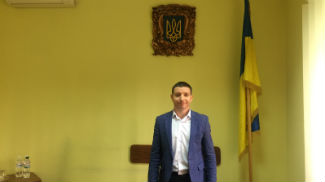 Initially, a new unit for human rights inspections was established within the Ministry of Justice, which was transformed in 2017 into a department. “We travelled to the UK and learning how their penitentiary inspection works in practice helped us a lot in the process of launching the new department.” said Trohymchuk.

The department has already inspected 50 penitentiary institutions, while applying a new methodology to improve the work, aiming both to protect both the rights of the prisoners and the personnel, in particular their working conditions.

Trohymchuk explained that on the basis of the European model “Four tests of a healthy prison”, 10 standards of penitentiary inspection were developed and introduced. They incorporated all the areas of penitentiary management, and namely, safety and security, respect for dignity, constructive activities for prisoners and preparation for release. The latest, recently developed eleventh standard concerns gender. “The old policy treated women and men similarly, and today we try to help the convicted women by taking into consideration their specific needs and improve their social relationships and health care and hygienic conditions”, said Trohymchuk.

Around 200 prison staff were trained on these new inspection requirements through workshops in 6 country interregional administrations.

Penitentiary personnel learn about taking an individual approach to prisoners

Oleg Duka, Director at the Bila Tserkva Penitentiary Staff Training Center spoke about how the project played a significant role in modernising the Centre to be an educational institution of the penitentiary system.

“The project provided systematic support to the penitentiary reform in Ukraine through numerous trainings and workshops, the European experts provided personnel from the different penitentiaries with new tools to improve their skills in workplace”, he said.

Thirty international meetings were held, and six penitentiary institutions were piloted to introduce “dynamic security” to improve the relationship between personnel and the prisoners. “Our goal was to change the personnel’s “philosophy” and to apply an individual approach showing sensitivity and understanding towards the convicted”, said Duka.

The project supported the opening of Cinema Clubs promoting media education on human rights in 6 pilot penitentiary institutions. “There is a human rights festival in Ukraine, and we believe it can be useful to acquaint the prisoners with human rights through engaging them in the Clubs”, he said. 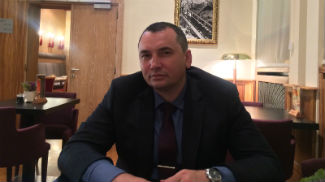 Duka talked about how the project also contributed to the elaboration of the Code of Ethics to explain to personnel about their rights and their obligations. “The Code of Ethics has helped change the attitude of the staff towards their work style – to be more humane”, he said.

Within the project a programme of teaching “Social and Life Skills” courses to prisoners was introduced in the penitentiary institutions. These courses related to a range of prisoner issues, including ‘how to rent a flat’, how to find a job, ‘how to communicate with the family and people’, ‘how to overcome stressful situations’ and how to acquire ‘financial literacy’.

According to Duka, the reaction was very positive, as the prisoners get some skill training and receive useful and practical information they need for successful re-integration into society. These courses were tested and integrated into the curriculum of the prison in-service training.

“We obtained a clear understanding about progressive techniques and how we can use them in our work. We included them in our curriculum and now train penitentiary personnel on them, trying to raise their awareness”, he said.