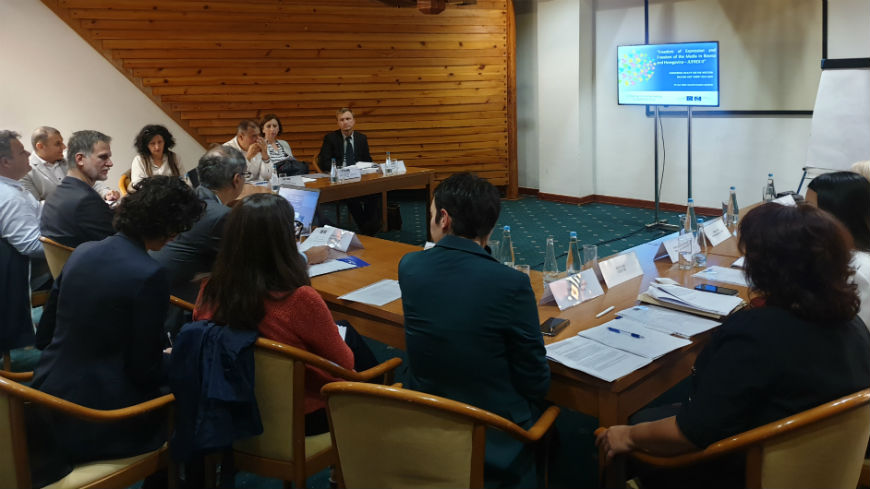 The first meeting of Steering Committee of the Action on “Freedom of the expressions and freedom of media in Bosnia and Herzegovina” (JUFREX 2), funded through the joint European Union and Council of Europe programme Horizontal Facility for Western Balkans and Turkey II, was held in Sarajevo on 26th September 2019.

Ambassador Drahoslav Stefanek, Head of Council of Europe Office in Sarajevo, has welcomed members and guests of Steering Committee, emphasizing that JUFREX 2 will continue contributing to the further strengthening of the freedom of expression and freedom of media in Bosnia and Herzegovina, in line with European standards. It will continue to support the capacity development of judges, prosecutors and lawyers (and when relevant the police forces as well, in regards to combating hate speech), as well as media partners, in the matters of consistent application of Article 10 (Freedom of expression) of the European Convention on Human Rights and ethical journalism.

“There is still a long way in front of Bosnia and Herzegovina, before we can say that freedom of expression is in accordance to European standards. JUFREX 2 with our partners is a commitment that we will continue to work towards that goal”, concluded ambassador Stefanek.