The fourth training on identification, referral, and protection of the victims of human trafficking delivered to the law enforcement agencies 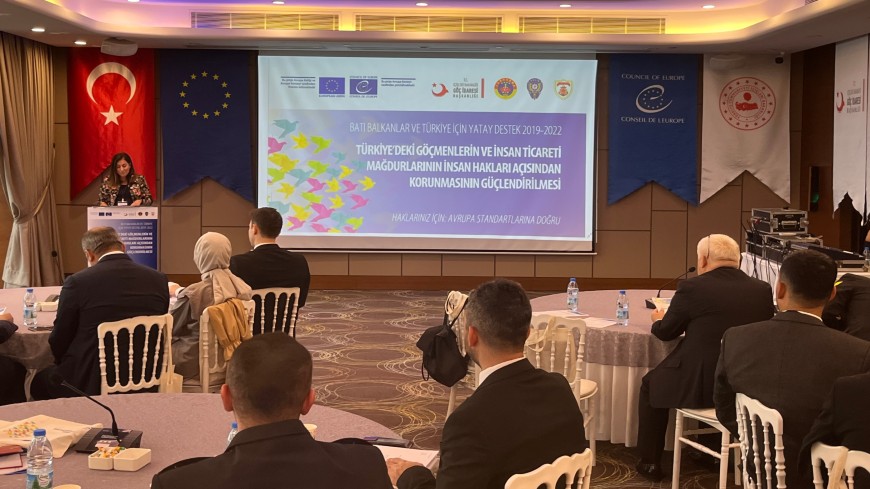 The training on "Identification, referral and protections of the victims of trafficking in human beings" was delivered to the representatives of law enforcement agencies of Türkiye and was held in Bursa on 19-21 October 2022. The training was attended by 40 participants, from the Coast Guard General Command, the Gendarmerie General Command, the Directorate General of Security, and the Presidency of Migration Management, under the joint European Union and Council of Europe action on “Strengthening the human rights protection of migrants and victims of human trafficking in Turkey”.

The training was opened by the speeches delivered by Director of Bursa Provincial Directorate of Migration Management Recep Batu, Acting Head of Office Pınar Başpınar from the Council of Europe Ankara Programme Office, and First Sergeant Necati Karaoğlu from Gendarmerie General Command.

Training sessions and case studies were delivered by Public Prosecutor Rıfat Sagut from Court of Cassation of Türkiye and lawyer Tuğçe Duygu Köksal on the following topics: the phenomenon of trafficking in human beings (THB) in the context of migration, the legal framework on combating THB in Türkiye, the detection and identification of victims of THB, the referral of victims of THB, and the investigation of THB cases.

The training also received contributions from the stakeholders, as the Gendarmerie General Command and the Directorate General of Security presented sessions on their activities in the field and good practices. The Presidency of Migration Management facilitated sessions on the Anti-Trafficking Co-ordination System and National Referral Mechanism in Türkiye.

The training was highly participative and received valuable inputs from participants on the situation on the ground, and the vast majority of participants reported that their knowledge of identifying and referring victims of human trafficking had significantly increased. Case studies were also utilised to stimulate the discussions.

This training was organised within the framework of the action “Strengthening the human rights protection of migrants and victims of human trafficking in Turkey”, part of the joint European Union/Council of Europe programme “Horizontal Facility for the Western Balkans and Turkey 2019-2022”. 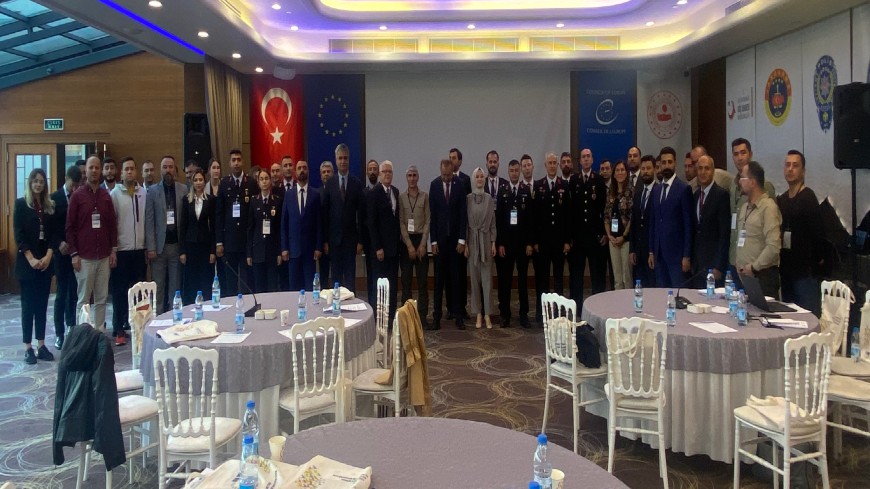