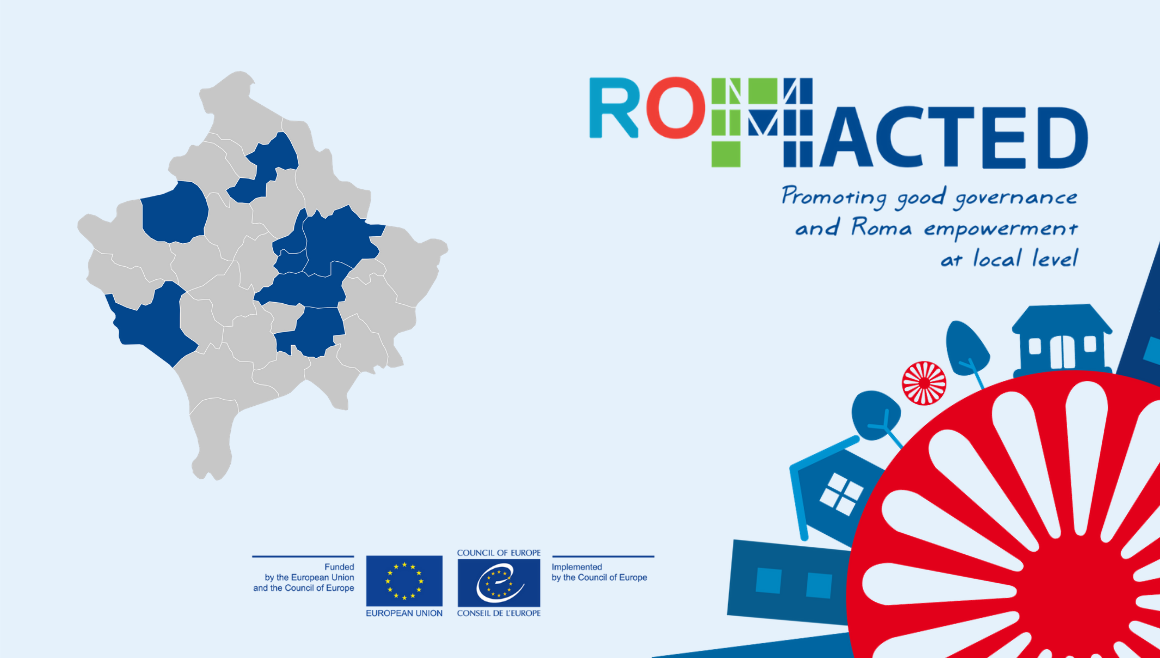 In 2019, the ROMACTED Support team from Kosovo had embarked in data collection and analysis at local level, targeting partner municipalities and Roma1 communities. As the outcome of this research, an assessment report was compiled and published in English, Albanian, Serbian and Romani.

The report also includes the Beneficiary and Local pages of the “ROMACTED at a Glance”, which summarises the step-by-step implementation and milestones of the Programme in Kosovo from 2018 until 2020.

The Assessment report is available for download in English, Albanian, Serbian and Romani.

1 The term “Roma and Travellers” is used at the Council of Europe to encompass the wide diversity of the groups covered by the work of the Council of Europe in this field: on the one hand a) Roma, Sinti/Manush, Calé, Kaale, Romanichals, Boyash/Rudari; b) Balkan Egyptians (Egyptians and Ashkali); c) Eastern groups (Dom, Lom and Abdal); and, on the other hand, groups such as Travellers, Yenish, and the populations designated under the administrative term “Gens du voyage”, as well as persons who identify themselves as Gypsies. The present is an explanatory footnote, not a definition of Roma and/or Travellers.