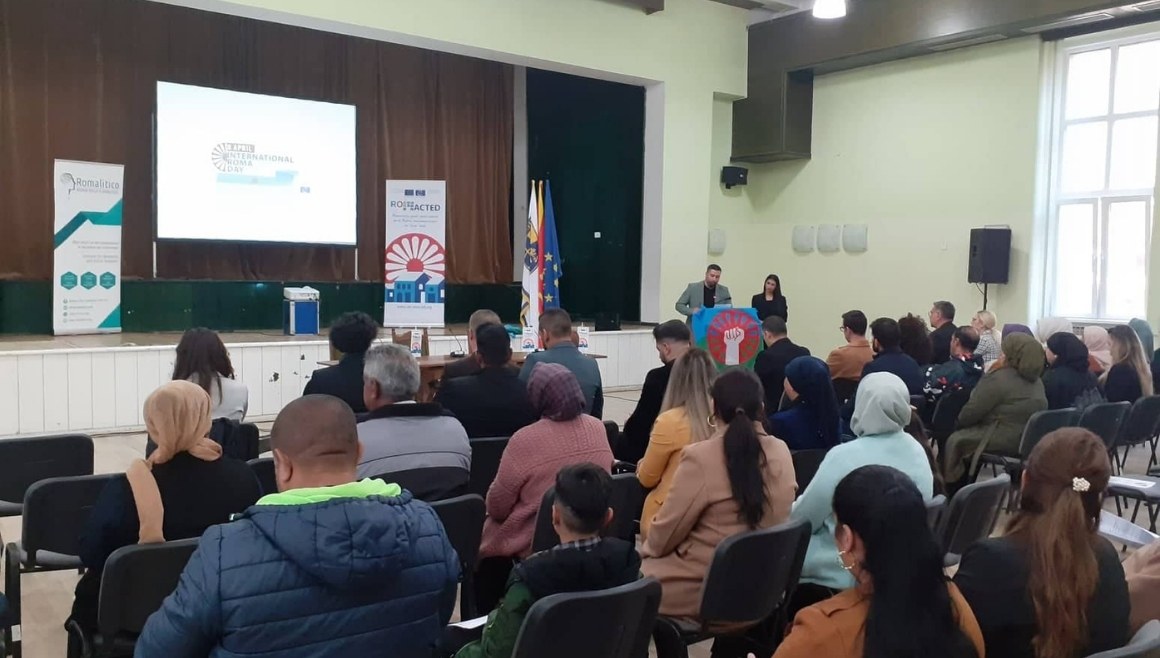 Within the framework of the Joint EU-CoE ROMACTED Phase 2 Programme, Romalitico and the Council of Europe Programme Office in Skopje organised a series of five regional events on the occasion of 8 April 8. For the first time in the history of North Macedonia, all relevant stakeholders joined forces to unite local administration from different municipalities with the Roma community representatives from the 15 ROMACTED 2 partner municipalities.

Within the framework of the regional events, in addition to the panel discussions, educational sessions were organised on historical milestones for the Roma community in North Macedonia, as well as a cultural and artistic programme featuring children from high school, primary schools to kindergarten age, coming from the 15 partner municipalities. All five events hosted introductory speeches of the 15 mayors who on the occasion of April 8, who addressed the Roma community with the celebratory remarks.

The purpose of these events was to raise awareness among the Roma and non-Roma community about the problems and marginalisation faced by the Roma community at local level. All relevant stakeholders of the Programme were actively involved in the conceptualisation, delivery, and follow-up of the events.