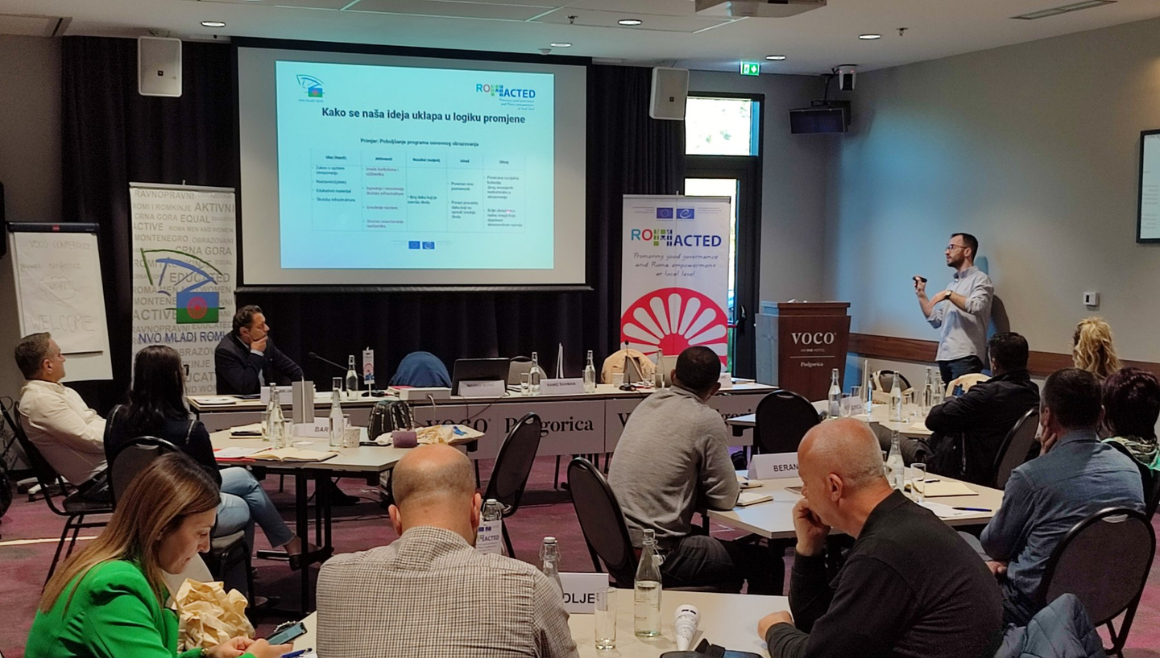 The Council of Europe Programme Office in Podgorica, as part of the joint programme with the European Union "Promoting good governance and Roma empowerment at the local level - ROMACTED II", organised a training on the topic "Roma and Egyptian Responsive Budgeting at local level", which was held in Podgorica on 27 and 28 October.

Twenty-four representatives of municipal finance secretariats, as well as the secretariats responsible for the preparation and implementation of the Local Action Plans for Social inclusion of Roma and Egyptians, participated in the training sessions on behalf of the ROMACTED partner municipalities. In addition, ROMACTED facilitators, as well as other members of the ROMACTED team, took part. The opening remarks were addressed by the representative of the Ministry of Human and Minority Rights, as institutional partner of the programme at central level.

The goal of the training was to familiarise the local teams with the methodology of Roma and Egyptian Responsive Budgeting at local level, as well as to finalise joint action plans and prepare proposals for their financing from local budgets in the following year. In this way, the budgeting process becomes more participatory, based on the community needs, and aligned with further provision of funds for social inclusion of Roma and Egyptians at municipal level.

In the second phase of the ROMACTED Programme, Roma and Egyptian Responsive Budgeting remains one of the most essential components, as it goes in line with reinforcement of Human Rights approach in marginalised communities. Reiterating the commitments for integration of Roma in the Western Balkans societies and pledges from central-level governments to step up the efforts as part of the European Union enlargement process and regional cooperation, stipulated in the Poznan Declaration, the Responsive Budgeting was listed as one of the main priorities for further advancement of human rights in Roma communities.

To date, a meeting with representatives of ROMACTED partner municipalities was organised on this topic in June 2022, in co-operation with the Ministry of Human and Minority Rights and the Regional Cooperation Council. This concept has also been presented at meetings of Municipal Taskforce Groups, as a follow-up to the development of joint action plans.