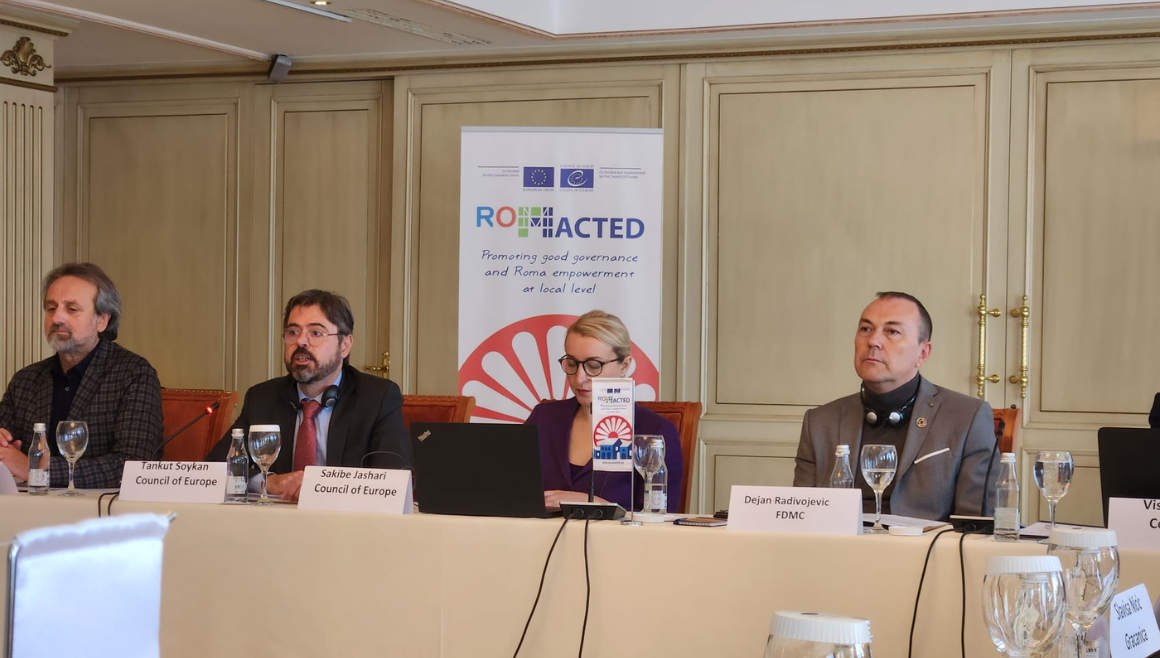 On 28 October, a Roundtable on Responsive Budgeting for Roma Ashkali Egyptian communities took place today in Pristina to mark a step forward to advancement of Human Rights in vulnerable communities. Representatives from 10 partner municipalities participated in the event, confirming commitment to inclusion of these communities at local level.

Policy document prepared by the local consultant was presented at the roundtable. The findings from the local and central level have been deliberated and inputs collected from the participants. Few recommendations on the policy level with possibility of further development regarding responsive budgeting targeting Roma Ashkali Egyptian communities, were introduced. Element of creating knowledge and capacitating local government has been highlighted.

ROMACTED Phase II continues to provide a response to the recognised need of a more systematic approach to stimulate processes of community change of engagement of the local stakeholders with each other in a constructive dialogue. The programme thus invests in a longer process involving different stakeholders at the local level. Furthermore, Phase II focuses on building stronger partnerships at all levels, which will be built towards long-term sustainability of the process, particularly through the implementation of the Responsive Budgeting principles at local level.

The Responsive Budgeting approach as a concept has been developed during 80s with the focus on gender. In countries in transition, such as Kosovo*, this concept was piloted with a ‘Policy Brief Roma Responsive Budgeting’ done by Regional Cooperation Council/ Roma Integration 2020, during 2019. Reiterating the commitments for integration of Roma in the Western Balkan societies and pledges from central-level governments to step up the efforts as part of the European Union enlargement process and regional cooperation, stipulated in the Poznan Declaration, the Responsive Budgeting was listed as one of the main priorities for further advancement of human rights in the communities.

* This designation is without prejudice to positions on status and is in line with UNSCR 1244/1999 and the ICJ Opinion on the Kosovo* Declaration of Independence.