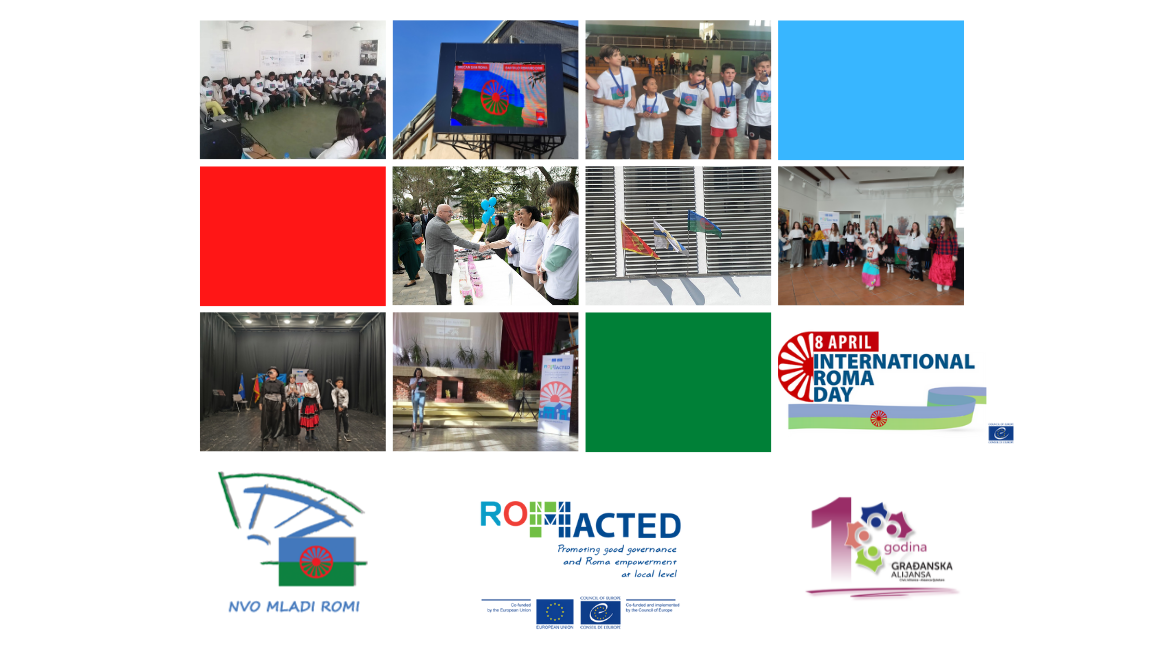 Within the joint programme of the European Union and the Council of Europe ROMACTED II, in the period from 7 to 12 April, numerous activities marked the International Roma Day, 8 April.

In cooperation with the NGO "Young Roma", the support organisation in the implementation of ROMACTED programme, events were organised in five municipalities (Bar, Berane, Bijelo Bolje, Niksic and Ulcinj), with the aim to promote Roma culture, identity and tradition, while at the same time drawing attention to the most important problems that Roma community continues to face in Montenegro.

Thus, in Bar, Bijelo Polje, and Nikšić, appropriate musical and educational programmes were organised, within which, through recitations, traditional dance, and songs, the culture and history of the Roma were presented. A sports tournament was organised in Ulcinj, in which children of the Roma and the majority population participated. At the same time, in Berane, a lecture was held for primary school students on the Roma Day and the importance of its celebration.

The bearers of these activities were ROMACTED facilitators, who organised them, both in cooperation with the municipalities – partners in the implementation of the ROMACTED programme, and with other local actors with whom cooperation was established on issues of social inclusion of the Roma.

At the invitation of the Council of Europe and the NGO "Young Roma", partner municipalities raised the Roma flag on their buildings on the occasion of Roma Day. In this symbolic way, they have made a significant contribution to the overall efforts of the Roma in Montenegro to exercise their rights and get opportunities that belong to them, and at the same time, they have helped show respect for their tradition.

In the Capital Podgorica, which is also a partner within ROMACTED, Roma Day was marked by numerous activities, the implementation of which was in charge of the NGO "Civic Alliance" –support organisation in the implementation of the programme in Camp Konik. One of the activities organised was an exhibition of works made by women from the Roma community from Camp Konik during the Decoupage workshops, which was presented as part of the Roma Day event organised by the Capital Podgorica – Secretariat for Social Welfare.

A football tournament was organised for children from the Roma and majority communities, who competed and socialised under the slogan "We choose equality". The tournament was organised with the support of the Ministry of Justice, Human and Minority Rights, as part of the ROMACTED program. The Millennium Bridge in Podgorica was in the colours of the Roma flag. Other partners also contributed to the celebration of Roma Day by raising the Roma flag. Among them is the Delegation of the European Union in Podgorica.