In the steps of great masters 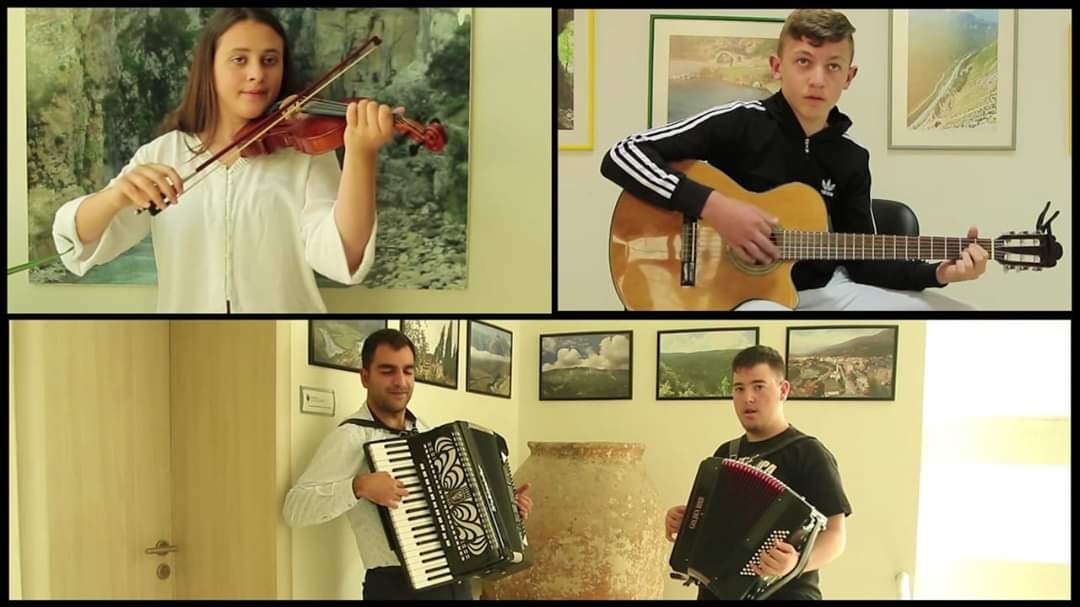 In order to celebrate 24 June, the joint EU/CoE ROMACTED Programme supported the Municipality of Permet in preparing a brief documentary and an online concert named “In the Steps of the Great Masters”. The initiative is part of the ROMACTED small grant scheme project awarded to the Municipality of Permet and implemented by the Multifunctional Association for Culture, Education and Development.

The initiative aims to promote and pass down to future generations the tradition and culture of the Egyptian minority. In addition, this concert builds upon the cultural heritage of the Egyptian minority in the Municipality of Permet, the hometown of the national Albanian folk personalities, and transmits this to the younger generation. The provision of 10 folk costumes and nine pieces of musical equipment (by the EU/CoE ROMACTED Programme to the Children’s Cultural Centre in Permet) and the commitment of the Municipality of Permet as an institutional partner will enable young talents to develop their artistic skills and build a socially inclusive local society.

The final concert was broadcast by RTSH2 on 24 June at 7.45 p.m. and will become part of Albanian heritage through the official archive of the public broadcaster RTSH2. Additionally, the ROMACTED Project Officer, Ms Orsiola Kurti, and the Mayor of Municipality of Permet, Ms Alma Hoxha, attended the morning programme at A2CNN to promote the results of the project “In the Steps of the Great Masters” as a good practice among Albanian municipalities.

Moreover, the ROMACTED Project Officer was among the keynote speakers in the online meeting on the “Challenges of the Egyptian Minority in Albania”, together with Ms Vasilika Hysi, Deputy Head of the Albanian Parliament, Mr Robert Gajda, Commissioner for Protection against Discrimination, and Ms Erinda Ballanca, People’s Advocate. Ms Kurti emphasised the need to address the gaps of Egyptian citizens in access to housing, education, employment and public services at local level.

In addition, she highlighted that “the implementation of the Local Action Plans for the Integration of the Roma and Egyptian Minorities through responsive budgeting, prepared with the support of EU/CoE ROMACTED Programme would translate the foreseen actions into tangible results in the medium term”.

The full documentary and concert can be accessed here.

The interview at A2 CNN can be accessed here.