ROMACTED, “Promoting good governance and Roma empowerment at local level”, is a Joint Programme between the European Union (DG NEAR) and the Council of Europe.

The Programme is implemented by the Council of Europe’s Roma and Travellers Team and the Office of the Directorate General of Programmes in Albania, Bosnia and Herzegovina, Kosovo*, Montenegro, North Macedonia, Serbia, and Turkey.

The Phase I of the Programme was implemented in the period starting from 1 May 2017 until 31 December 2020.

In addition to the Strasbourg-based team, the Programme has project staff in the Council of Europe offices in Albania, Bosnia and Herzegovina, Kosovo*, Montenegro, North Macedonia, Serbia and Turkey, and a national support team in each of the Beneficiaries. 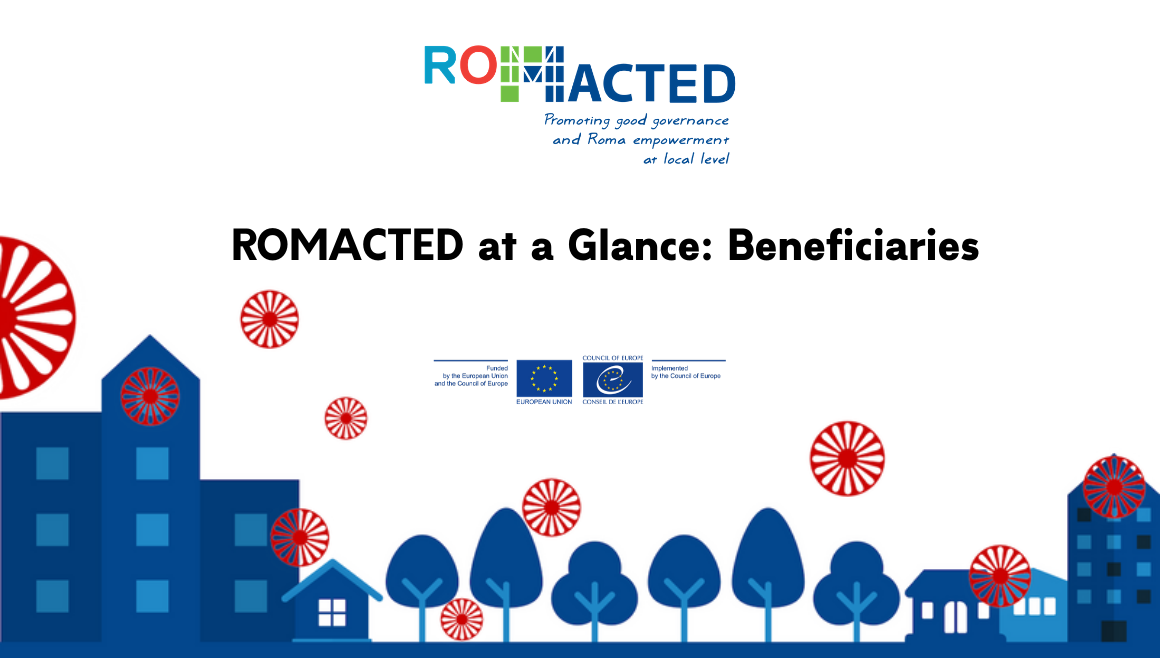 ROMACTED Phase I at a Glance: Beneficiaries