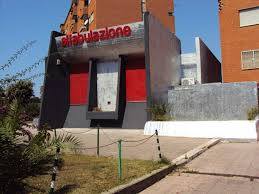 I must confront my problems by Aurora

There was this young Italian girl named Aurora from Italy, she attended the ‘European Teenagers Summit’ in May of 2010 in Timisoara, Romania. She spoke little English and was very shy, during the activity she spent most of her time not being active in the group or even attending many of the sessions.

I was 16 in 2010, I was shy, I did not speak English but my youth worker Filippo said that he had faith in me and proposed to me that I attend this European activity in Romania, I would be fine he said!

Actually he told me later that he had some doubts if this was the right opportunity or not. Let me give all of tis some context. My parents have serious social problems and I was under the care of social services. In some ways I was young and strong for a 16 years girl and I guess I must have shown that I was heading in a direction that was going to break out of my family culture and environment.

Filippo worked a lot on preparing the group of us that were going on this activity. I was actually quite enthusiastic so finally he decided I should be in. This was to be my first time abroad. The meetings Filippo had with my mother were not so constructive, she was out of it. In any case he spoke to my counsellor and they took the common decision to let me try the Timisoara experience.

When I was about to depart I was nervous and excited. Filippo later told me that my eyes and my face really said a lot. I was about to make a new life experience and I knew it. I was getting confidence from the rest of the Italian group and although my English was only at school level I was willing to give it all I had.

After a week I returned from Timisoara and I asked to meet with Filippo alone. I felt a little embarrassed so he asked what was wrong? How did I feel? I confessed that I had not been able to follow the whole seminar, and had even stayed a couple of days in my room as my English was not good enough. He assured me I was OK and that he suspected this could happen, we spent a lot of time talking then about all my experience in Romania.

After a week I organized an evaluation of my experience in the social centre where I was being supported by the social service. I invited all my friends, and we invited the local counsellor, the room was full of people, unfortunately my mother was asked not to come because of situation she was in at that time.

I prepared a slide show and spoke about every single picture. I spoke about how I loved Timisoara and the people I met. The counsellor and my psychologist complimented me for being such a young participant. Before the meeting ended, Filippo asked me to use one word or sentence of my experience to share with everybody. I took a long minute to think. Everybody was silent in the room.

“You know Filippo”, I said, “from this trip I learned that one person should face their problems openly, I learned that I cannot hide or postpone my problems. I must confront them.”

Everybody stayed silent for a few seconds. Then everybody made a very intense round of applause. My eyes were shining.

The day after, my psychologist was full of praise for me and she was enthusiastic about the result of this experience. After this I started to participate to the local meetings in Ostia. I promised myself that I would go back one day to see beautiful Timisoara again.

A couple of years later, I was graduating from high school and was helping kids in doing their homework. I also started to offer classes to groups of students in Affabulazione in math and history and other subjects as well. I am doing well, really well I am full of energy and I have become a community centred person, thinking for the betterness of the people around me.

Last year (2013) I took my final exams and finished high school, I was told by one of my teachers that I had improved in school so much and that she considered me one of the 3 top students in her class. I started with pedagogical studies in University. I also ran for political office with my party last month and surprisingly got almost 100 votes which I found really incredible. I still volunteer the whole year in Affabulazione, supporting younger teenagers in doing their homework in our social educational classes that we started last November.