“Learning about the case-law of the European Court of Human Rights has changed my mindset towards my work as an investigator”, said Roman Sardaryan, Senior Investigator at the Investigative Committee of Armenia.

Sardaryan is one of the investigators who participated in training on the human rights curriculum held by the Justice Academy of Armenia as part of the joint European Union/Council of Europe four-year project “Supporting the criminal justice reform and combating ill-treatment and impunity in Armenia”. 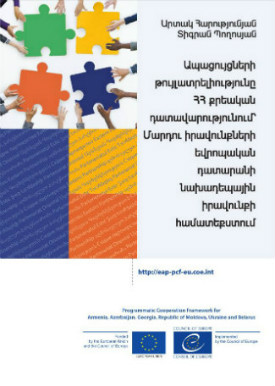 “Through the project we received a manual on admissibility of evidence, and I always consult it to compare my knowledge with the international standards. Now before issuing an arrest, I look in the manual and consider whether a criminal case would apply to my investigation,” said Sardaryan. “This refers mostly to collecting evidence and the notion of ‘torture’. My understanding of what ‘torture’ is has changed, and now before I interrogate a person, I ‘adjust’ my behaviour to the European Court's case law, to be sure my actions would not be considered either physical or moral coercion.”

The training consisted of five modules designed jointly by Armenian and Council of Europe experts based on a needs assessment survey of the target group. These modules provided information on the case law of the European Court on Human Rights and discussed among other topics, the prohibition of torture and inhumane and degrading treatment, the protection of the rights of vulnerable groups, including women, trafficking victims, refugees, the disabled, children, ethnic minorities and LGBT persons.

“There was a sense of impunity before, but the situation has drastically changed recently, and violence and old methods are unacceptable today,” said Sardaryan. “I don’t remember a single case over the past four years where an investigator beat an interrogated person. The complaints received were about shouting as psychological coercion to get a certain indication. However, this course has changed our behaviour. Ill-treatment allegations are examined thoroughly, which results in punishment for the violator. Today we insist that a lawyer be present during interrogation, which was not always the case in the past. We also strictly respect the person’s privacy.” These concrete results reflect the added value of the partnership between the European Union and the Council of Europe.

Davit Tumasyan, Head of the Legal and Statistic Department of the Investigative Committee of Armenia and the co-author of the training unit on the implementation of the specifics of legal proceedings and the handling of cases involving representatives of vulnerable groups, said: “The training that was designed to meet the needs of investigators received a great deal of feedback. The participants became aware of the previously overlooked issues and were actively engaged in analysing all possible ways to find solutions.”

Tumasyan said that training helped to change the approaches of the investigators: they have started to apply the international practice to turn to NGOs to ask them to provide both psychological and social assistance to victims. As a result, an oppressed victim becomes more resolute and stands for his/her rights throughout the whole trial.

“This is a turning point in people’s perception of their rights. And naturally, we gradually began to change our style of work, which is also changing people’s attitude towards investigators, boosting trust in them”.

Children and women in detention – food for thought and future action 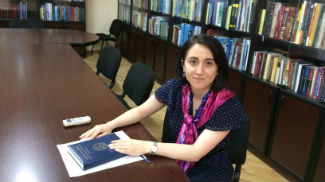 Gohar Simonyan, Coordinator of National Preventive Mechanism Implementation of the Office of the Human Rights Defender (Ombudsman) of Armenia: “We invited members of government, advocates, NGOs and media to share with the participants their practical knowledge and train them on international norms on preventing torture and ill-treatment in penitentiaries”.

Treatment of women and minors in penitentiary institutions in Armenia is an issue that needs to be addressed comprehensively. This year a part of the training was related specifically to this, and the feedback received form the participants served as a basis for an ad hoc report currently being prepared. “Knowledge accumulated during the training helped us to understand the key international standards and provisions in the field; in addition, we have conducted monitoring visits and are finalising the results at the moment”, Simonyan said.

This training was very beneficial for stakeholders and while the government’s interest in reforming penitentiary establishments is genuine, and certain steps have been made to change legislation, more time and commitment is needed for the legislation reform, as well as more capacity building from top to bottom, she said.

Further improvements are on the cards as the Ministry of Justice of Armenia is stepping up its efforts to comply with international standards.

“We learned a lot about the standards of detention of women and minors, their education, 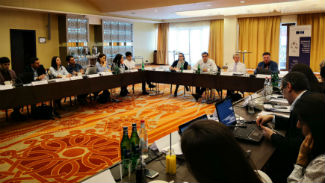 nutrition and health care”, said Arpine Amirjanyan, a member of the Ministry’s Penitentiary Policy Development Division, another participant of the training. “After the course in April this year we started applying the practices we learnt, for example, looking at the lack of legislative provision for marriages in prison”, she said.

The training introduced international practice on how marriages between two inmates are organised, formalised and long-term meetings are provided for them. “We have assessed the situation in Armenia, and it turned out there is no possibility of long-term meetings”, Amirjanyan said. As a result, amendments are to be made in the legislation, and the Ministry of Justice is now developing draft legislation to ensure that two prisoners are able to get married without problems and that they are given an opportunity to meet for a long time.

Another decision stemming from the training relates to pregnant women in prisons. Amirjanyan said that the Ministry engaged in the work on the reform of medical service by establishing a state medical non-profit organisation, which will be in charge of all the issues related to a patient’s medical supervision - right from the day of admission to the placement into a penitentiary institution. She said that the body would be under jurisdiction of the Ministry of Justice, and not be a part of the penitentiary system, which would help guarantee its independence.

This project is part of the four-year Council of Europe and European Union “Partnership for Good Governance” programme, which has a total budget of 36 million, it aims to strengthen the capacity of Eastern Partnership countries to implement domestic reforms to bring them closer to European standards in the fields of human rights, democracy and the rule of law.