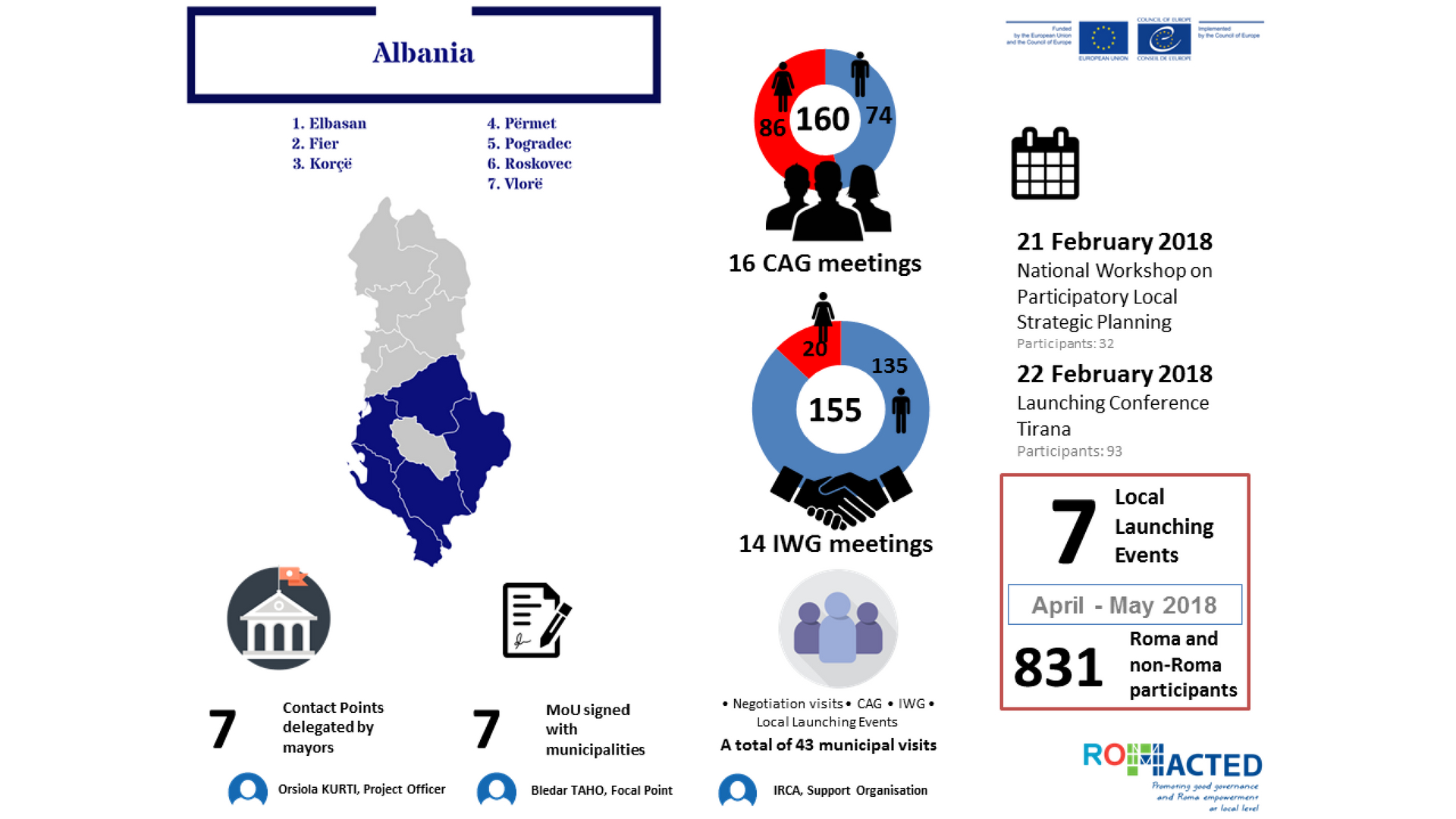 Having ensured the political commitment both at central and local level, the enlarged team of the Joint Programme between the European Union (DG NEAR) and the Council of Europe (CoE) ROMACTED “Promoting good governance and Roma empowerment at local level” composed by Institute of Romani Culture in Albania (IRCA) as the support organisation and the responsible facilitators per each municipality have been carrying out their work both at the community and institutional level in the seven partner Albanian self-government units of Vlora, Fier, Roskovec, Pwrmet, Korça, Pogradec and Elbasan.

The programme in Albania was officially launched in Tirana on 22 February 2018. The conference was anticipated by the National Workshop on the Participatory Local Strategic Planning, which gathered both community representatives and delegated contact points from the beneficiry municipalities.

The constant work and dedication produced the first results at beneficiry level. During March – May 2018, 14 Community Action Group (CAG) meetings were held with the participation of 86 women and 74 men, while 20 women and 135 men attended 14 Institutional Working Group (IWG) meetings addressing main priority issues for Roma. A high participation of 831 Roma and Non-Roma is noted during the seven local launching events during April and May. A total of 43 municipal visits have been held by the ROMACTED team in Albania.

The programme has been gradually moving to the next phase of the needs assessment of both local authorities and Roma and Egyptian communities, which will continue to be reflected in the forthcoming work of the facilitators during June-September 2018.