ROMACTED Programme supported the organisation of various events in the framework of the International Roma Day. Beside the celebration, the purpose of the events was to promote active citizenship, contribute to the fight against stereotypes and prejudices, encourage unity and remind on the importance of history, identity and language.
Strasbourg 8 April 2019 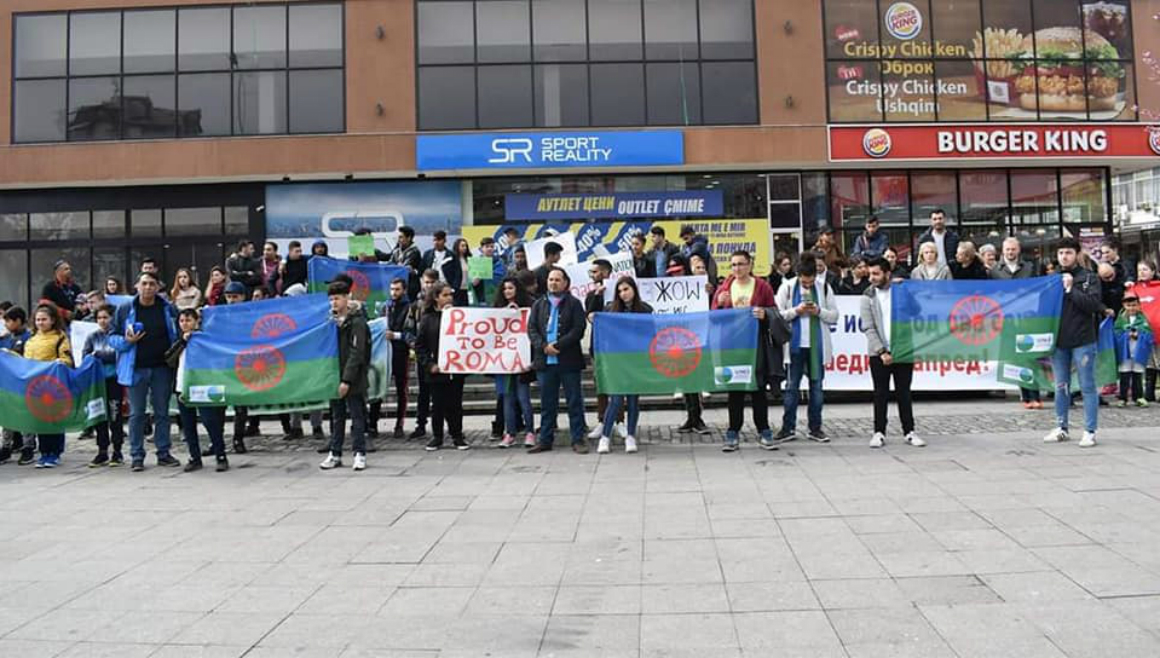 In Tetovo (North Macedonia), the Support team organised a March of Dignity, which gathered community members and Roma CSO representatives. The March was followed by a football tournament and a cultural event.

The municipality of Stip organised several activities in cooperation with the Community Action Group members. A public debate was organised on the topic "Roma in the past, presence and future" and Certificates of Appreciation were awarded to the Roma individuals who positively contributed to the improvement of lives in the Roma community in Stip. 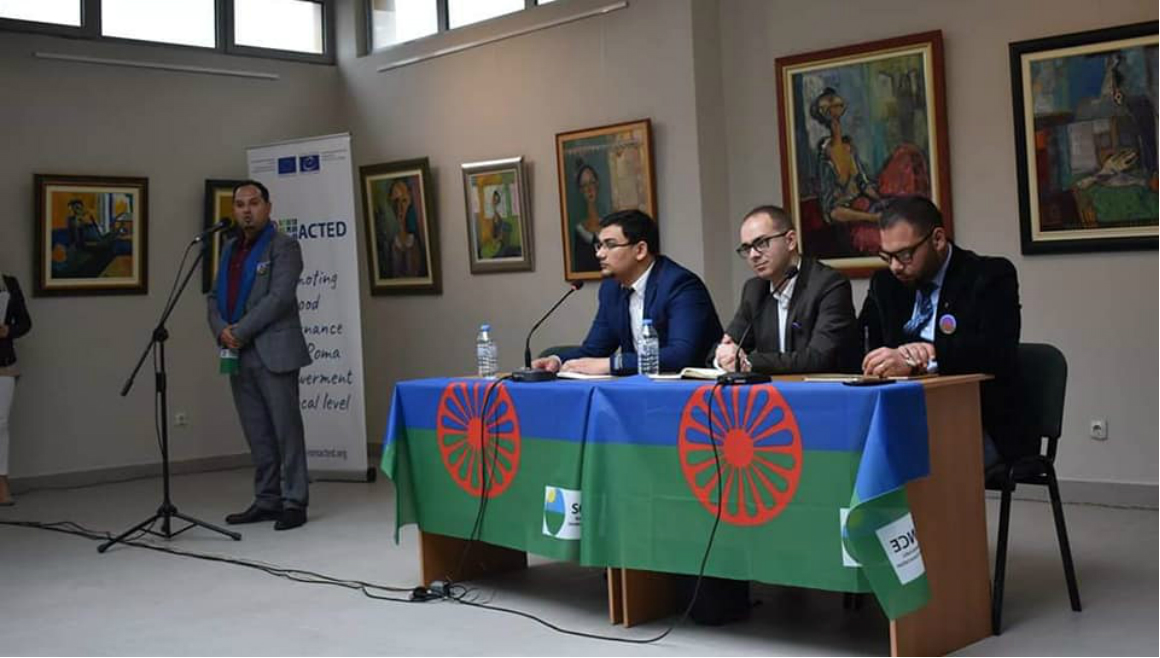 Official celebration took place in Veles and Strumica for the first time ever, including the panel discussion on Roma identity, culture and politics. Meetings with local authorities were organised throughout the 12 municipalities, with the participation of the Community Action Group members. 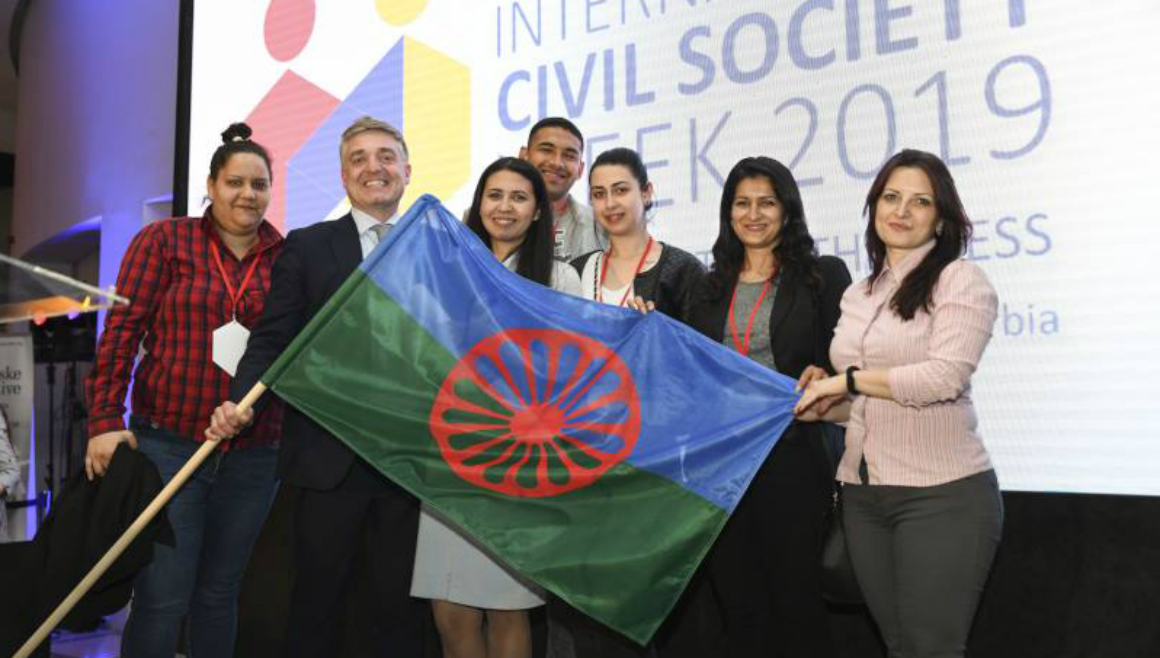 The events in Serbia were organised from 5 to 11 April, in collaboration with the Council of Europe Office in Belgrade, The Serbian Academy of Sciences and Art, the Faculty of Political Sciences- University of Belgrade, the Center for Women`s Studies and local authorities in the 11 towns/municipalities. ROMACTED Programme also supported the participation of six young members of Community Action Groups in the International Civil Society Week from 8 to 12 April in Belgrade.

A lecture “Fostering diversity in Roma communities- Roma LGBT” was organised at the Faculty of Political Sciences in order to raise awareness on serious obstacles that lesbian, gay and transgender Roma and Traveller persons face in accessing justice and rights. 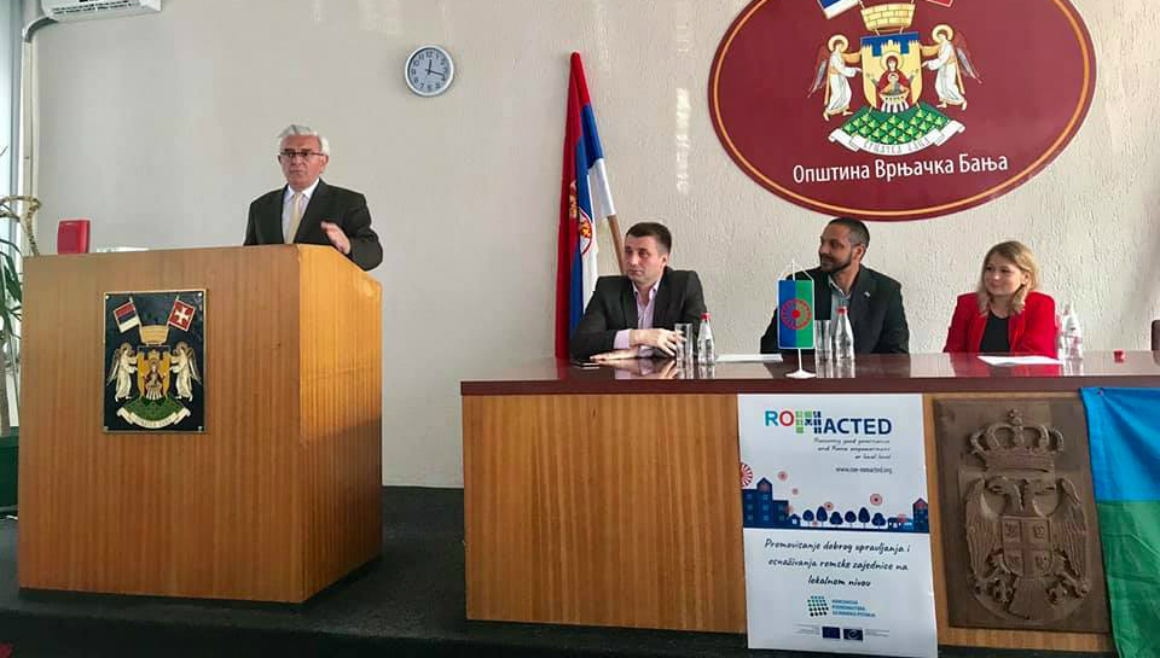 The Roma flag was proudly displayed at all the 11 ROMACTED towns/municipalities, which happened for the first time in history. The facilitators played an important role in achieving this milestone. 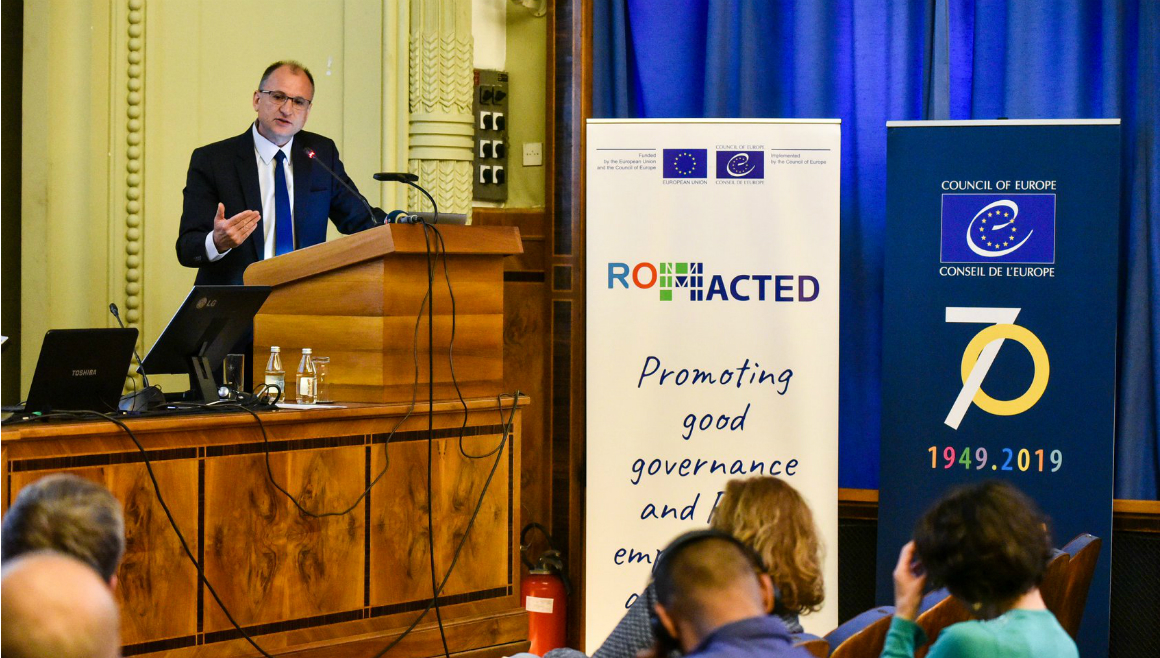 On 11 April a public lecture “Strengthening Communities through Production of Knowledge on Roma History and Culture” was delivered by Calin Rus in the Grand Hall of the Serbian Academy of Sciences and Arts. Particular attention was put on researches, publications and handbooks on Roma history, Roma Holocaust, multiply discrimination, position of vulnerable groups (Roma youth and Roma women), which have been produced by the Council of Europe.

The International Roma Day was also marked in all ROMACTED towns/municipalities in Bosnia and Herzegovina, with the assistance of ROMACTED Support team, Community Action Groups and Municipal Taskforce Group members. Various activities took place such as: National Roma Board Hearing, Municipal Hearing, CAG meetings, Forum Theater, Street Actions and visit to Roma cemetery in honor of those killed during the WWII.

The Support teams in Albania and Kosovo* put more emphasis on continue working with the field teams in the framework of the programme. The training on "Principles and Tools for Inclusion of Roma at the Local Level" for 8 beneficiary municipalities was delivered by Calin Rus on 10 April in Pristina. In Albania, the team continued having round-table discussions regarding the draft Local Action Plans in several beneficiary municipalities.