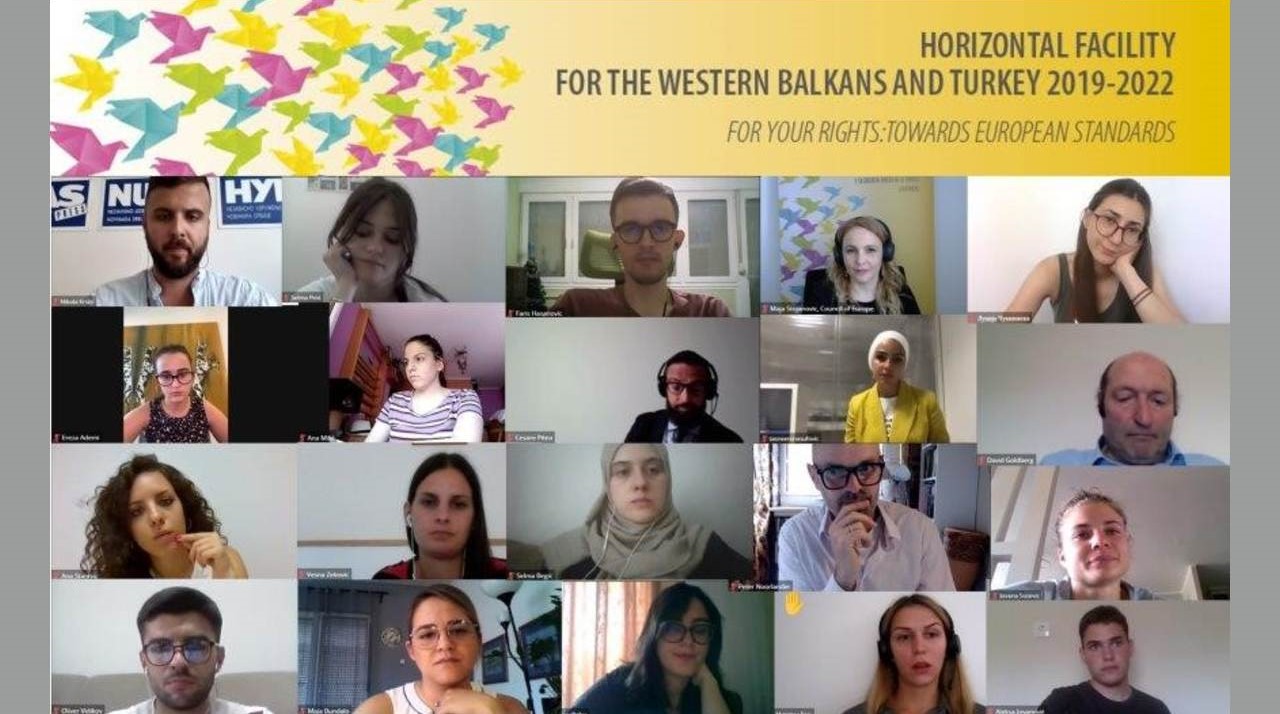 An online Regional Summer School on European standards: freedom of expression and freedom of the media has been organised from 12 to 16 July 2021 and attended by law and political science students and young professionals from the Western Balkans.

The Summer School raised awareness and improved knowledge on information on media system, roles and responsibilities of various actors in this field. Simultaneously, this programme contributed to understanding of European standards, their importance for functioning of democratic societies and pluralistic media landscapes, understanding information that media actors but also citizens encounter and create.

This 5-days course provided knowledge on freedom of expression, the most relevant and related rights and standards, such as access to the information of public importance, right to privacy, data protection media and democracy, hate speech, media pluralism, investigative journalism, safety of journalists, ethical standards, protection of whistleblowers, gender and media, protection of minors, internet and artificial intelligence.

Participants from Albania, Bosnia and Herzegovina, Montenegro, North Macedonia, Kosovo* and Serbia took part in interactive discussions and presentations on the European media standards stemming from the European Convention on Human Rights, a number of other EU and Council of Europe legal instruments, including relevant case-law of the European Court of Human Rights, also gaining practical skills in use of relevant data bases, such Platform for safety of journalists and HUDOC.

The online Summer school was organised in the framework of joint European Union and the Council of Europe programme “Horizontal Facility for Western Balkans and Turkey" (2019-2022) and its action on “Freedom of Expression and the Media in South-East Europe (JUFREX)” which aims to promote freedom of expression and freedom of the media in the Western Balkans, in line with European standards in this domain.