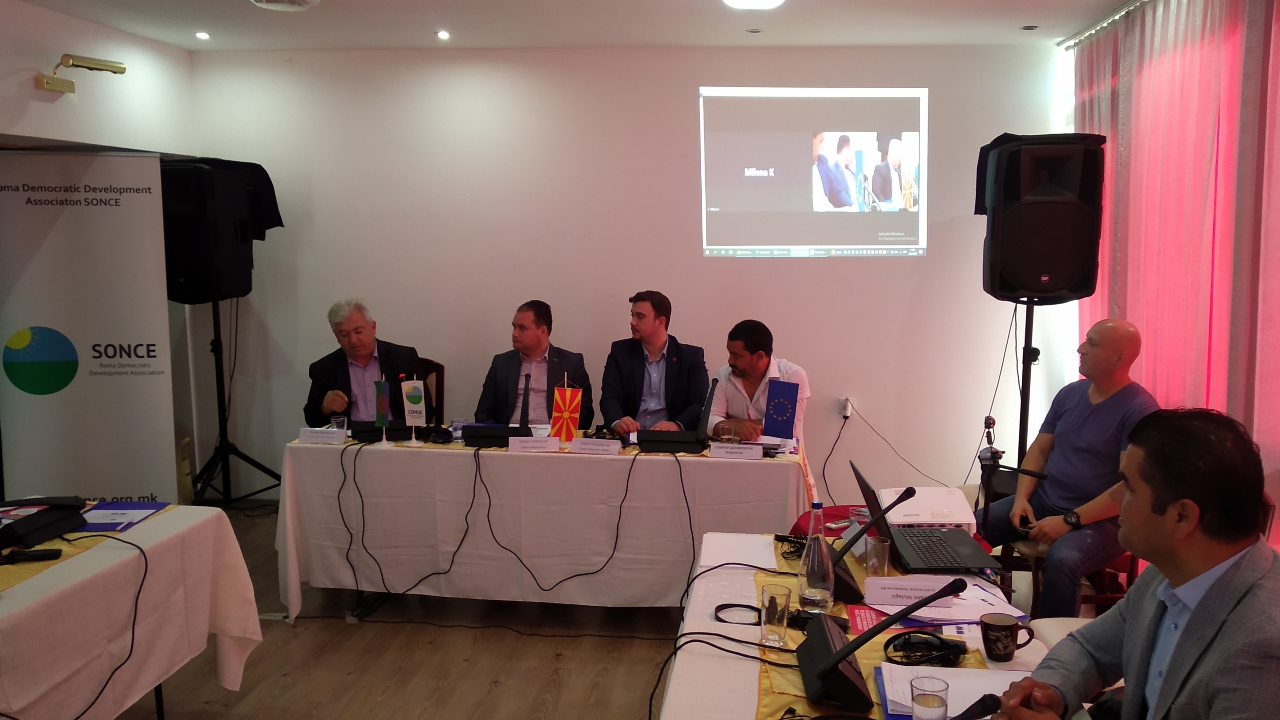 The NGO Roma Democratic Development Association (RDDA) SONCE completed their four-month long project on tackling hate speech in the Western Balkans. The project was supported by the European Union and the Council of Europe, through the framework of the action on ‘Promotion of diversity and equality in the Western Balkans’.

The regional Conference “Tackling hate speech in the Western Balkans” was organised in the period 21-23 September 2022 in Struga, North Macedonia. This event gathered thirty-eight regional stakeholders from public, civic sector, academia and judiciary dealing with discrimination and hate speech to discuss the current status on the discrimination of the Roma population in the Western Balkans and to share regional experiences and best practices in tackling these issues.

Marija Andreeva, from the No-hate Speech and Co-operation Unit of the Council of Europe highlighted the Council of Europe standards and recommendations on combating hate speech, including  General Policy Recommendation No. 15 on combating hate speech by the European Commission against Racism and Intolerance  (ECRI) and the recently adopted Recommendations on Hate Speech by the Committee of Ministers. She elaborated on the achievements and results of the regional and local action on promotion of diversity and equality, including the campaign Block the hatred. Share the Love and the involvement of the No Hate Speech Ambassadors as public figures standing against all forms of hatred in the region.

Gjulten Mustafova, project officer in the European Union and the Council of Europe joint ROMACTED 2 Programme, noted the concept of Antigypsyism as a specific form of racism and discrimination against Roma people. She stressed that antigypsyism is a historically constructed, persistent complex of customary racism against social groups identified under the stigma “gypsy” or other related terms. She presented the activities in North Macedonia implemented under the ROMACTED 2 Programme on this issue as well as the joint activities with the Horizontal Facility programme covering the concept of Antigypsysism.

In addition to the conference, a campaign against hate speech was launched.  Open days with primary and secondary school students were visited by 119 students in Tetovo. Some of the key messages sent by youth were the following: adults should also sensitise themselves to the topic, not to be influenced by provocative posts, be tolerant to differences, advocate for members of vulnerable categories and distinguish freedom of expression from hate speech.

A session on combating hate speech was held for 33 students from the Law Clinic of the Faculty of Law at the University of Southeast Europe in Tetovo. Students were introduced to the most common prejudices and examples of hate speech faced by the Roma community and discussed what can be done to contribute to the fight against hate speech. Finally, a public event was organised in the center of Tetovo during which branded t-shirts, bags, brochures, badges, bracelets and stickers were distributed to 47 citizens. The initiative aimed at raising awareness among citizens about different forms of hate speech and discrimination that are directed at certain communities and individuals, as well as at promoting different ways to combat hate speech, above all by spreading positive messages of acceptance and respect for diversity.

According to the latest annual report of the European Commission on North Macedonia, a more proactive and holistic approach in addressing hate speech and hate crime is needed.