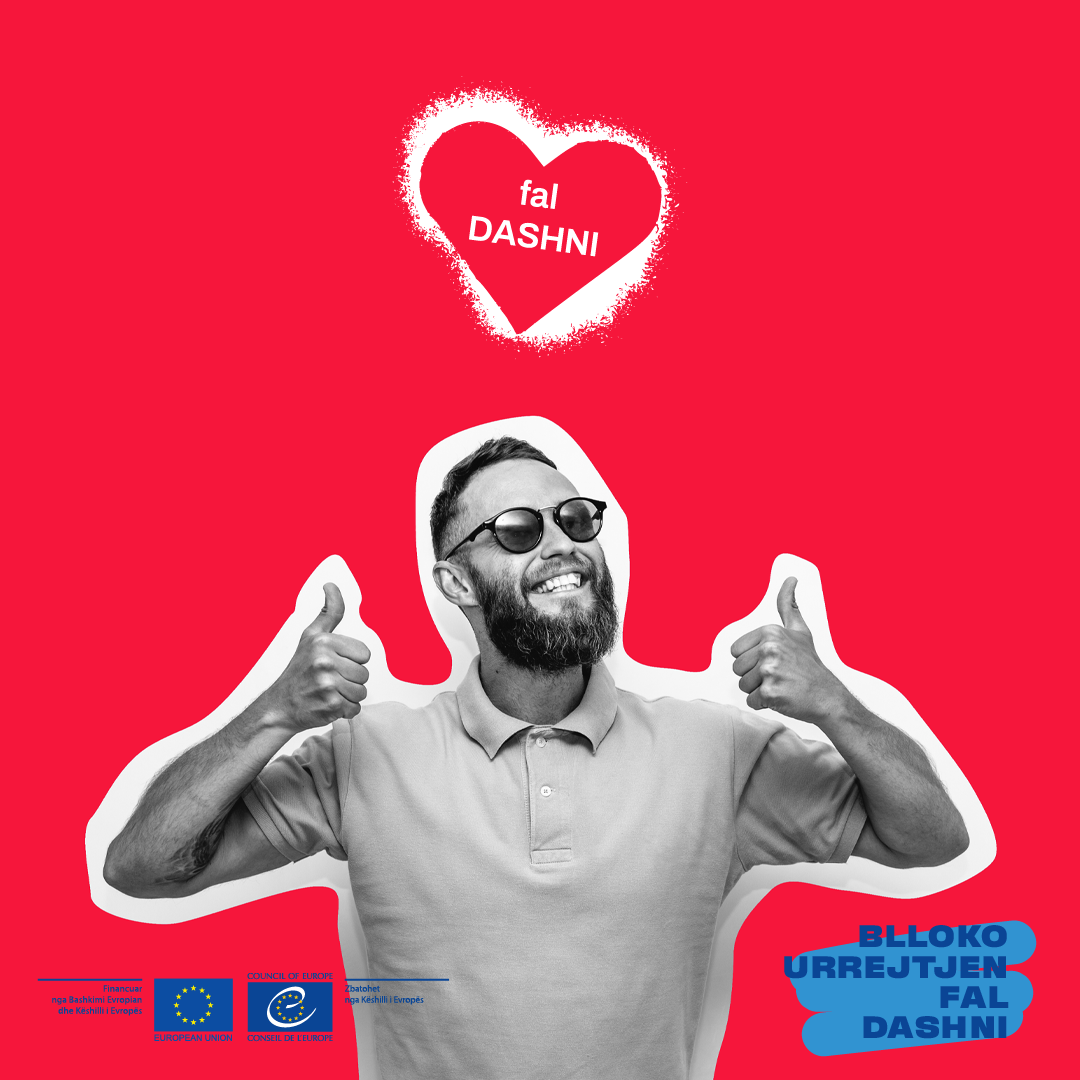 As of October 2021 the raising awareness campaign in “Block the Hatred; Share the Love”, is launched in Kosovo* aiming to inform various local audiences on the danger of hate speech in different communities.

. . . . . . . . . . . . . . . . . .
Hate speech is on the rise across Europe, jeopardising social cohesion and putting human rights under threat. In the Western Balkans region hate speech particularly targets members of vulnerable groups, who have already been affected by stigma and discrimination during the COVID-19 pandemic. “Block the Hatred; Share the Love”, campaign will be extended from October in Kosovo* to reach key target audiences about the risks of hate speech in our society. Civil activists, journalists, students and all those who think that love can fight hate in Kosovo, are invited to be part of this campaign by following and sharing the posts, by using their messages to respond to various forms of hate affecting their private and community life or that of family members, friends or any other individuals.

. . . . . . . . . . . .
The campaign implemented under the action on “Promotion of diversity and equality in the Kosovo” will take place through public initiatives and online activties in dedicated Facebook pages of the Council of Europe Programme Office in Pristina.