Extremism and radicalisation leading to violence

Youth radicalisation and the associated use of violence have become a growing issue of concern in Europe and its neighbouring regions. There has been an increase in hate speech, in the incidence of hate crimes and attacks on migrants and refugees, propaganda and violent xenophobia, as well as a rise in religious and political extremism and in terrorist attacks in Europe and its neighbouring regions.

There are different individual, relational, community and macro-systemic factors, as well as opportunities and trajectories, which may turn young people towards radicalisation and the use of violence. Violent radicalisation may occur as young people are influenced by ethnocentric or other ideologies and societal influences, or if they face potential for social exclusion and marginalisation for various reasons, including, but not limited to, broader political context in their countries and the world, poverty, unemployment and underemployment, disability, lack of education, racism, discrimination due to ethnicity, origin, religion, sexual orientation etc., and their resulting questioning of their social, national and ethnic identity, and feelings of injustice and frustration due to limited opportunities.

While extremism and radicalisation leading to violence are not per se new phenomena, their implications for young people and also for the youth sector have been more in the highlight in the recent years.

While there exists no universal consensus related to the definitions of these terms, some elements for working definitions are included below:

Radicalisation is a process through which young people start to accept and support changes in society which are against the existing order (European Union 2017), while the term “violent radicalisation” or “radicalisation leading to violence” refers to the process of adopting an extremist belief system – including the intent to use, encourage or facilitate violence – in order to promote an ideology, a political project or a cause as a means of social transformation (Centre for the Prevention of Radicalisation Leading to Violence 2016).

According to the Centre for the Prevention of Radicalisation Leading to Violence (CPRLV), quoted in the SALTO resource pack, violent extremism can be categorised in four ways:

1) Left-wing violence, such as violent acts committed by anti-capitalist groups in order to transform political systems. This category can also include violence by animal rights extremists or environmentalist groups.

2) Right-wing violent acts, such as those committed by far-right groups, often referred to as ‘neo-Nazi’ groups. Such groups are motivated by racism and a desire to defend supposed racial supremacy.

3) Religiously motivated violence, such as violent acts committed by extremist Islamic movements, which often have specific grievances against Western governments in relation to foreign policy.

4) Issue-based violence, such as violence carried out by groups concerned with a single issue – such as, abortion or homosexuality

Implications for the youth sector

The emerging concerns related to extremism and radicalisation leading to violence have highlighted the need to work with young people in order to identify and address the root causes of extremism and prevent their radicalisation, as well as strengthen young people’s resilience, prevent marginalisation, promote equality, emphasise alternatives and reinforce the cohesion of communities in which they live.

The youth sector, notably through youth work, has been seen to play a role in preventing these phenomena in the early stages and in offering positive spaces of socialisation, learning and development for young people.

Youth work, for example, can play a role in:

Radicalisation leading to violence of young people has an impact on their wellbeing, as well as on the wellbeing and stability of their communities and the entire world, as it challenges the democratic values of society. The threat of this type of radicalisation needs to be recognised and prevented through early interventions, which can help increase young people’s resilience to extremism and the use of violence. Some of the ways to work with young people to address these challenges include positive development of their identity through education and training, social networks – parents, families, peers and community, promotion of social cohesion, stability, safe, positive and socially inclusive environments and provision of learning and development opportunities. Youth work, through its values and practices, represents also a means of supporting young people’s inclusion and participation in society. Although the youth sector cannot be the panacea to violent radicalisation, youth work can, together with the education and other sectors, play a key role in preventing it in the early stages by supporting young people’s development, promoting democratic principles, active citizenship, intercultural dialogue and inclusion, and helping youth become active citizens in society.

Council of Europe: Recommendation No. R (97) 20 of the Committee of Ministers to member states on “hate speech” 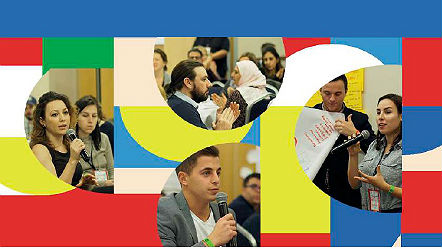