Armenia: Seminar on recent case law of the European Court of Human Rights 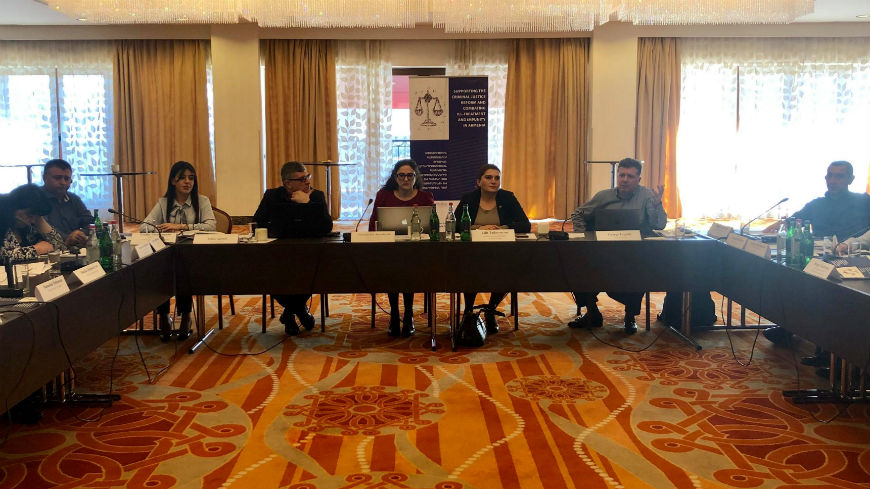 On 9-10 November, criminal law judges and judicial servants of Armenia improved their knowledge and skills on Articles 3, 5 and 6 of the European Convention of Human Rights and the recent case law of the European Court of Human Rights. In particular, the publicity of judicial hearings, acceptable conditions of secrecy pending the arrest proceedings and the right to hear witnesses in trials under Article 6 were discussed. Special emphasis and attention was drawn on the legal classification of treatment falling under the scope of Article 3.

Participants benefited from a detailed overview of the reasonable suspicion in criminal proceedings within Article 5, as well as admissibility of evidences under Articles 3, 5 and 6. It should be noted that the topics of the seminar were thoroughly defined in cooperation with the judiciary and their choice was made based on their current needs. The participants were actively involved in the discussion and raised professional questions that were addressed by the Council of Europe’s experts by bringing concrete case law examples, which can be used by the judges in their daily work.

The seminar was organised within the project Supporting the Criminal Justice reform and combating ill treatment and impunity in Armenia co-funded through the European Union and Council of Europe Partnership for Good Governance, and implemented by the Council of Europe.