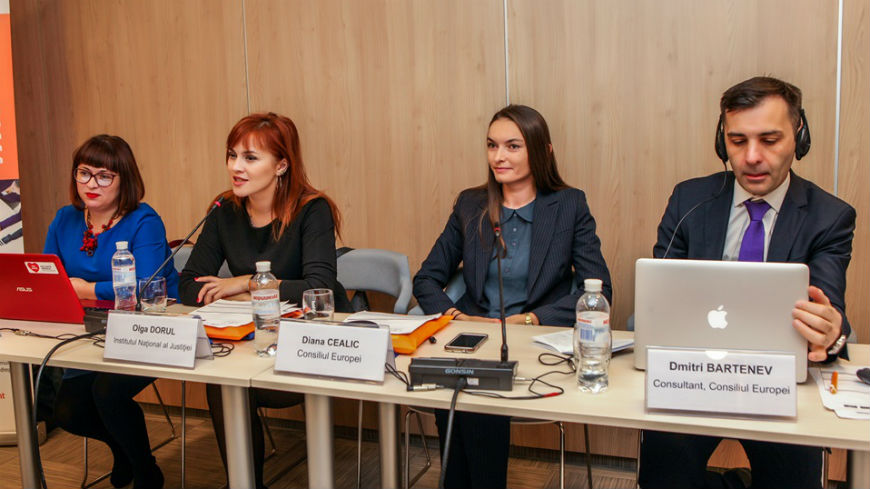 A set of training courses on non-discrimination and equality, held on 23-26 October in Chisinau, gathered a group of judges, prosecutors, clerks and judicial assistants.

The courses were designed to equip participants with new abilities and skills for examining discrimination cases and better understanding the principle of non-discrimination and equality in their line of work.

A separate session was dedicated to the presentation of the activity of the Council for the Prevention and Elimination of Discrimination and Ensuring Equality of Moldova, a body that plays a vital role in this field.

Both events were organised within the joint European Union and Council of Europe project Supporting national efforts for prevention and combating discrimination in Moldova, part of the Partnership for Good Governance programme, in cooperation with the Moldovan National Institute of Justice.