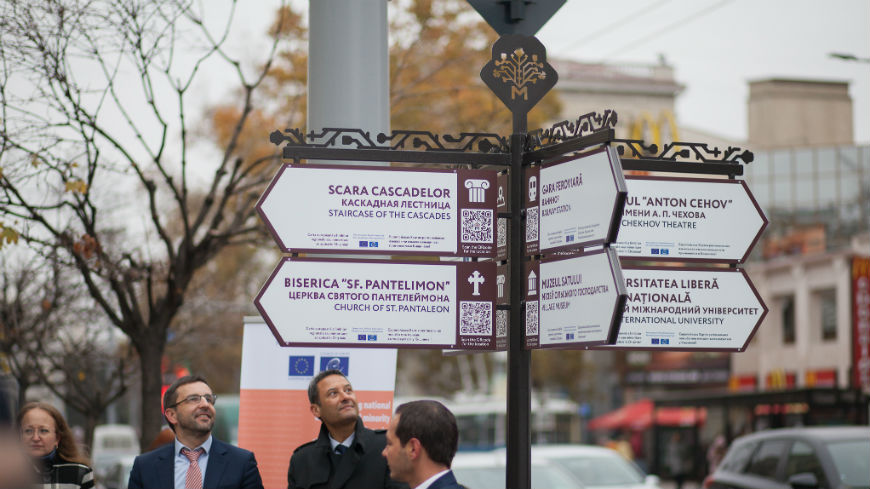 On 13 November 2018 during an official ceremony in Chisinau seventy one multilingual tourist signs were inaugurated. The signs will mark the most important touristic sights in Chisinau in Romanian, English and in minority languages: Russian, Ukrainian, German, Bulgarian and Yiddish. The signs will increase the visibility of the minority languages in the Republic of Moldova and promote multilingualism and national cultural heritage in the capital city of Chisinau, while reinforcing its tourism infrastructure. 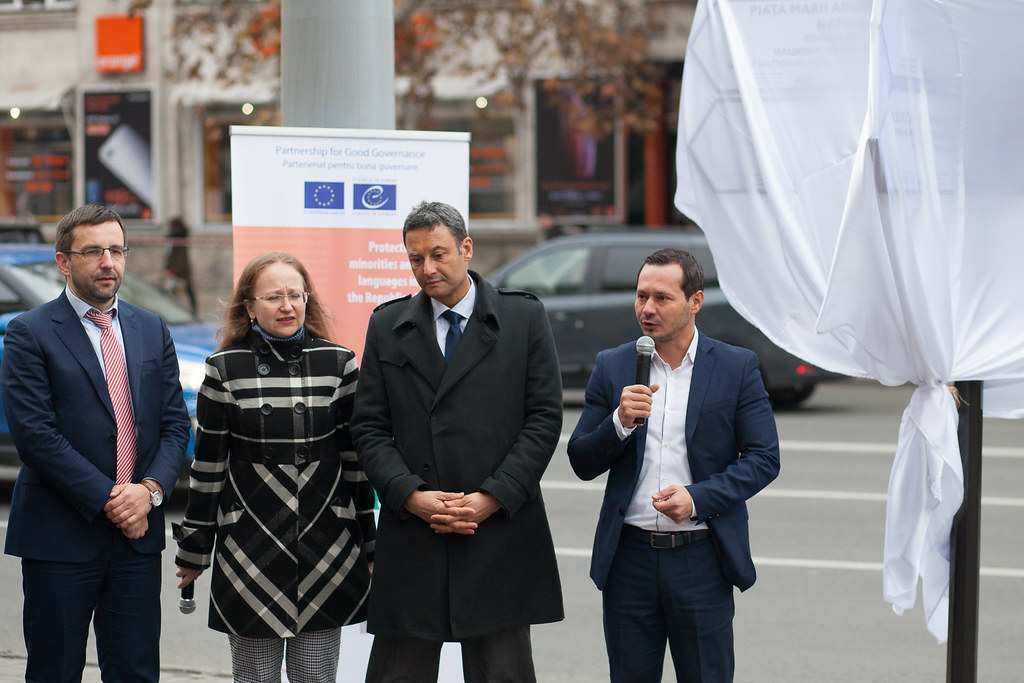 The inauguration ceremony, organised by the Council of Europe in cooperation with the National Inbound Tourism Association of Moldova (ANTRIM) and the Moldova Tourist Information Center, was opened by the ad-interim Mayor of Chisinau Mr Ruslan Codreanu. The inauguration included speeches from the Head of the Council of Europe Office in Chisinau, from representatives of the EU Delegation, the Agency of Interethnic Relations of the Republic of Moldova, the Council of Europe Secretariat of European Charter for Regional or Minority Languages, and from representatives of national minority organisations. The importance of promoting minority languages and fostering the pluralistic culture of the Republic of Moldova was stressed.