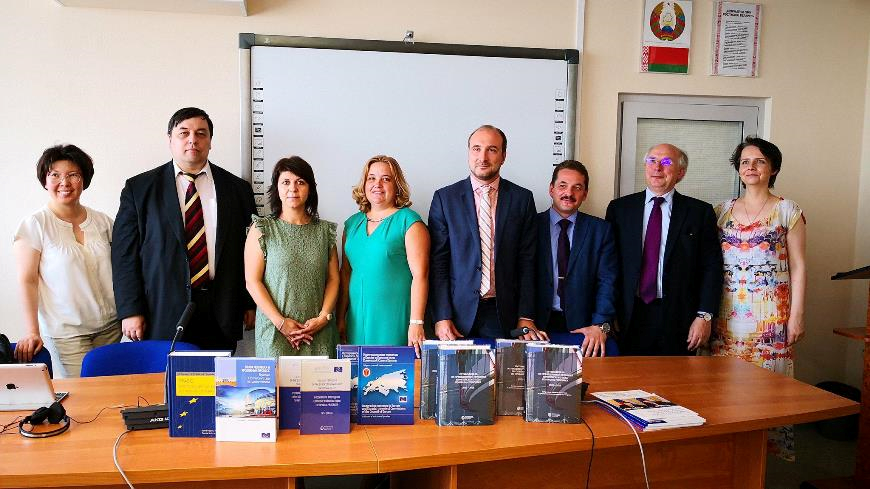 On 30 May 2018 the Council of Europe organised in Minsk, Belarus a panel discussion on the right to a fair trial in the light of the law of the European Court of Human Rights. The event was combined with the presentation of the Russian editions of the three Council of Europe publications: the second edition of the book “Human Rights and Criminal Procedure” by Jeremy McBride; the fourth edition of the “Law of the ECHR” by David Harris, Michael O'Boyle, Ed Bates and Carla Buckley; and the second edition “Handbook on Article 6 of the ECHR” by Dovidas Vitkauskas and Grigory Dikov.

The event was attended by more than 60 Belarusian legal professionals, including judges, prosecutors, lawyers, representatives from the Ministry of Justice, National Centre for Legal Information and other public institutions, as well as legal scholars and civil society. The panellists included Mr Jeremy McBride, UK barrister, Mr Yuri Berestnev, the publisher of the Russian editions of the three books, and Mr Vladimir Moroz, deputy director of the Institute for re-training of judges and prosecutors under Belarusian State University. The discussion turned around the possibility of application of the Court's standards and approaches in non-Council of Europe jurisdictions and on the necessity to boost the training on the fair trial standards among legal professionals in any country.

After the discussion, the Council of Europe representatives donated 50 copies of each publication to the libraries of Belarusian State University, in the presence of the libraries’ directors and the director of the publishing house.

The activity was organised in the framework of the project “Human Rights for All”, which aims at raising awareness of Belarusian legal professionals on the ECHR and the standards of the Council of Europe. The project is a part of a joint programme between European Union and the Council of Europe “Partnership for Good Governance”.