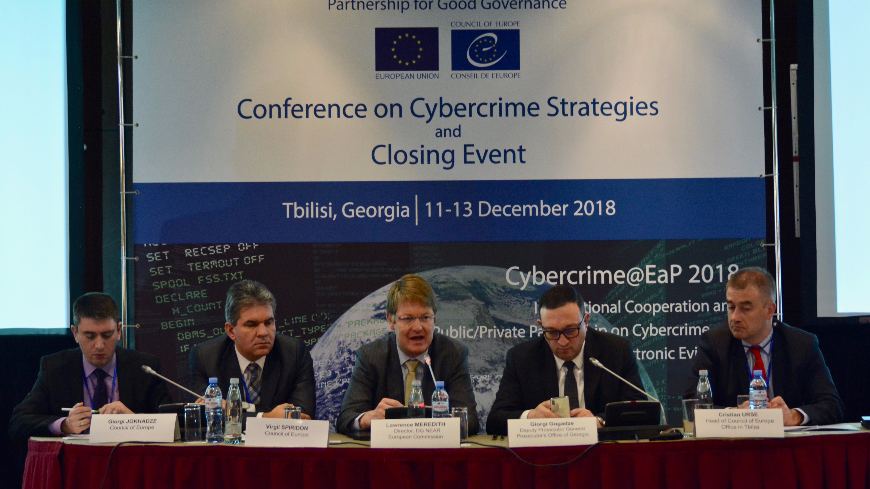 These two events aimed to summarise the joint action of the European Union and the Council of Europe, performed through capacity-building activities on cybercrime and electronic evidence from 2015 to 2018, while also aiming to identify threats, challenges and strategic priorities for cybercrime and electronic evidence in the Eastern Partnership region. Findings of region wide studies on threats, challenges and strategies to address cybercrime and discussions on two specific topics of child protection and cooperation with multinational service providers shaped the agenda of the event. The event reconfirmed the need to have renewed focus on the cybercrime policies and strategies, as defined by the Declaration on Strategic Priorities for the Cooperation against Cybercrime in the Eastern Partnership region and the EU Deliverables 2020 for the Eastern Partnership region.

The [email protected] projects, implemented from 2015 to 2018 within the Partnership for Good Governance, have contributed to ongoing legislative reforms aiming at closer compliance to the Budapest Convention on Cybercrime, increased the skills of mutual legal assistance authorities and 24/7 point of contact, and helped to establish dialogue between the criminal justice authorities and internet service providers in the Eastern Partnership region. The projects supported the countries of the region with up to 130 project activities implemented in 44 months, ranging from advisory missions on legislation/institutions and country discussion forums to contribution to high-level international events and organisation of regional cyber exercises.