Armenia: Launch of online course on prohibition of ill-treatment for investigators and prosecutors

Print Armenia: Launch of online course on prohibition of ill-treatment for investigators and prosecutors
Yerevan 5 November 2018 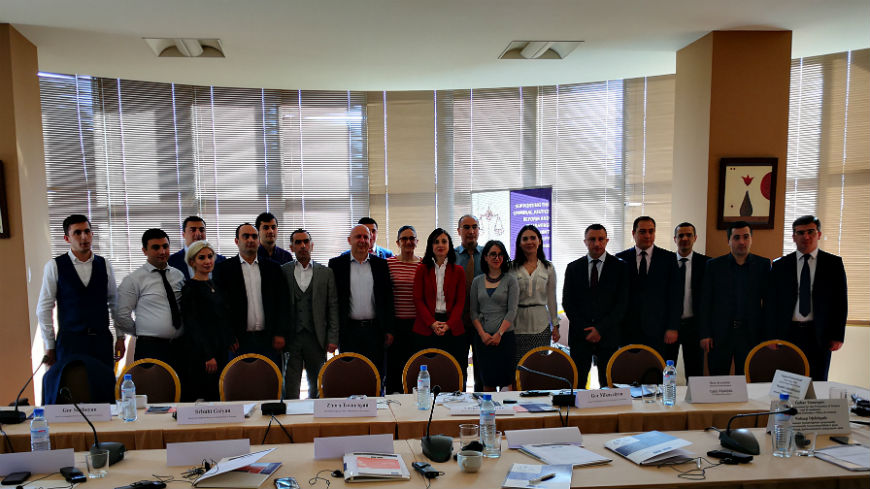 The event was opened and participants were welcomed by Natalia Voutova, Head of the Council of Europe office in Yerevan and Anahit Manasyan, Deputy Rector of the Academy of Justice. Following the general presentation of the HELP programme, the participants benefitted from a presentation by and discussion with Eric Svanidze, international consultant and author of the course, where they discussed practical implications of the case law of the European Court of Human Rights under Article 3 of the European Convention on Human Rights in the Armenian national legal context.

The national tutor of the course, Gohar Simonyan, Head of the Department for the Prevention of Torture and Ill-treatment of the Human Rights Defender’s Office of Armenia, presented the planning for the implementation of the course in the upcoming two months, as well as the national adaptation materials for the Armenian legal order.

The HELP course on Prohibition of Ill-treatment was developed in 2017 and it covers the following topics:

2. Conditions of detention and medical tretament of detainees

3. Use of force as a means of restraint

The HELP online platform is available in English and Romanian. Following the completion of this pilot tutored course, the Armenian version will also be transferred and available to public.

The course was launched and will be implemented within the project Supporting the criminal justice reform and combating ill-treatment and impunity in Armenia under the European Union and Council of Europe framework Partnership for Good Governance, and in cooperation with the Academy of Justice of Armenia.