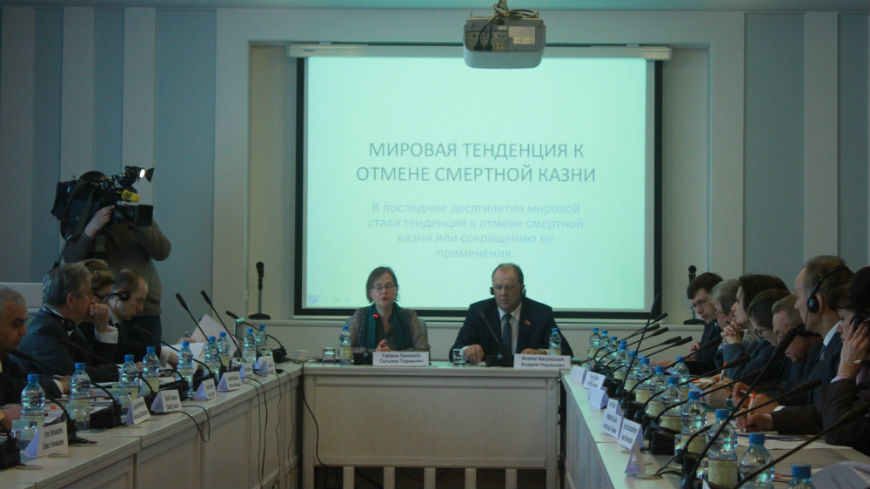 On 18 April 2018 a Round Table on “Legal Aspects of the Abolition of Death Penalty” was organized in Minsk by the Council of Europe in co-operation with the Working Group of the National Assembly of the Republic of Belarus on the Study of Death Penalty as a Measure of Punishment Applied in the Republic of Belarus. After a number of conferences held in recent years to discuss how to work with public opinion on this sensitive matter, this time the questions of how the abolition of death penalty would affect the convicts, victims, legislative system and society as a whole, which legislative changes were necessary in the immediate aftermath to the abolition were in the centre of the discussions.

The Round Table was opened by Ms Tatiana Termacic, Head of the Coordination and International Co-Operation Division, Directorate General for Human Rights and Rule of Law, Ms Andrea Wiktorin, Head of the European Union Delegation to Belarus, and Mr Andrei Naumovich, Chairman of the Working Group of the National Assembly of the Republic of Belarus on the Study of the Problem of the Death Penalty as a Measure of Punishment Applied in the Republic of Belarus. The speakers included prominent legal experts from Armenia, Azerbaijan, France and Russia, as well as from Belarus.

The participants were more than 50 representatives of public bodies of the Republic of Belarus, including the Constitutional Court, the Prosecutor’s General office, the Investigative Committee, Ministry of Interior, Ministry of Foreign Affairs and the National Assembly. The civil society was represented, among others, by the human rights defenders dealing with the issue of death penalty in Belarus.

Materials of the Round Table will be translated into Russian and published online.

The Round table was organised in the framework of the project “Human Rights for All”, as a part of the European Union/Council of Europe Joint Programme “Partnership for Good Governance”.