Training for advocates and court staff

Print Training for advocates and court staff
Shaki 16 May 2016 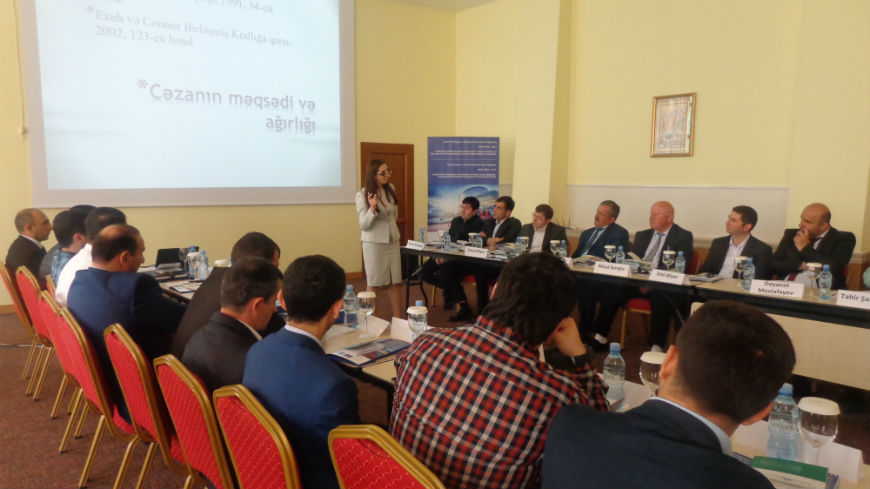 On 11-12 May 2017, the Council of Europe in cooperation with the Academy of Justice and Collegium of Advocates of Azerbaijan organised a training in Shaki city, Azerbaijan on “The right to a fair trial and prohibition of discrimination under the European Convention on Human Rights”.

The training was attended by 17 advocates from Shaki, Zagatala, Gakh, Mingachevir, Yevlakh, Ismayilli and 18 court staff representing 16 first instance courts in Shaki and nearby regions.

During the seminar participants got acquainted with fair trial and anti-discrimination standards of the European Convention on Human Rights and the relevant case-law of the European Court of Human Rights. The training was led by the certified trainers of the Training of Trainers Programme held within the Project, who are continuously increasing their proficiency to deliver human rights trainings for legal professionals.

Participants also received the European Court of Human Rights related publications and materials published within the project. During the visit, the publications were also delivered to Shaki Appeal Court and all first instance courts in Shaki city.

For today, 616 advocates, 259 judges of first instance and appeal courts and 79 practicing lawyers and human rights defenders have been trained on various European Convention on Human Rights standards as a result of a series of cascade training sessions organised within the Project.