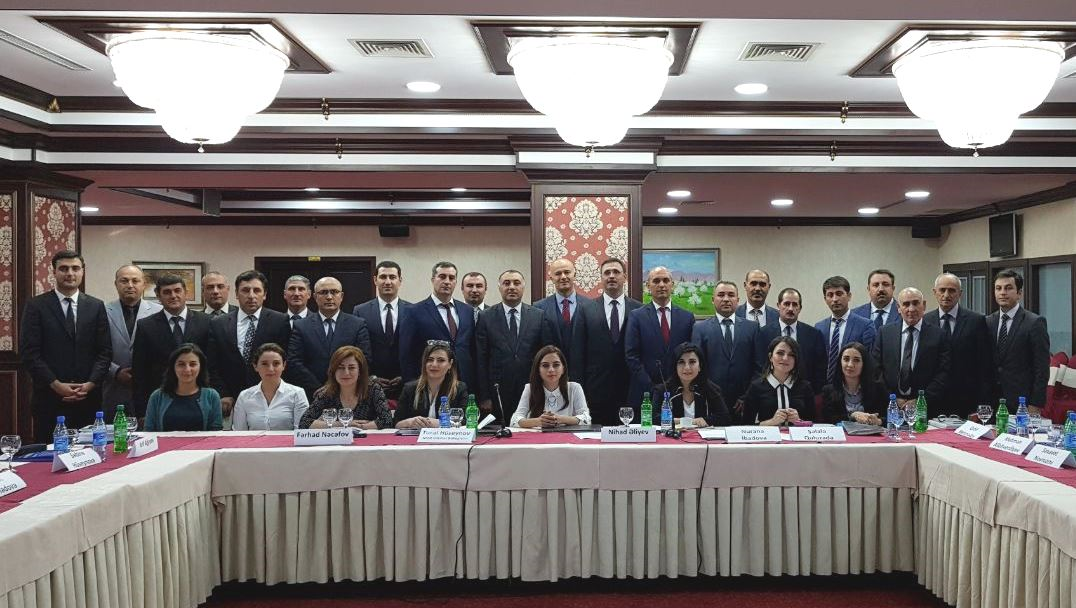 On 5-6 October 2017, a training seminar on international fair trial standards and the case law of the European Court of Human Rights was organised for 27 advocates, judges and prosecutors practicing in Nakhchivan Autonomous Republic. The event was held in co-operation with the Academy of Justice of Azerbaijan and the Collegium of Advocates of Nakhchivan Autonomous Republic.

The participants underlined the importance of the training as it gave them an opportunity to master the European Court of Human Rights standards and learn about the tests applied by the European Court. The judges stressed that new knowledge gained at the training will help them prevent violations of human rights standards and guarantees provided in the Convention in their future judgments.

Participants received the European Court of Human Rights related publications and materials recently published within the project. In addition, the Council of Europe Human Rights Education for Legal Progessionals programme was presented and the audience was invited to enroll in the distance courses to be organised regularly by the Academy of Justice.