New report on ill-treatment in the activities of the national police of Ukraine: forms, extent, grounds

Print New report on ill-treatment in the activities of the national police of Ukraine: forms, extent, grounds
Kyiv 4 May 2018 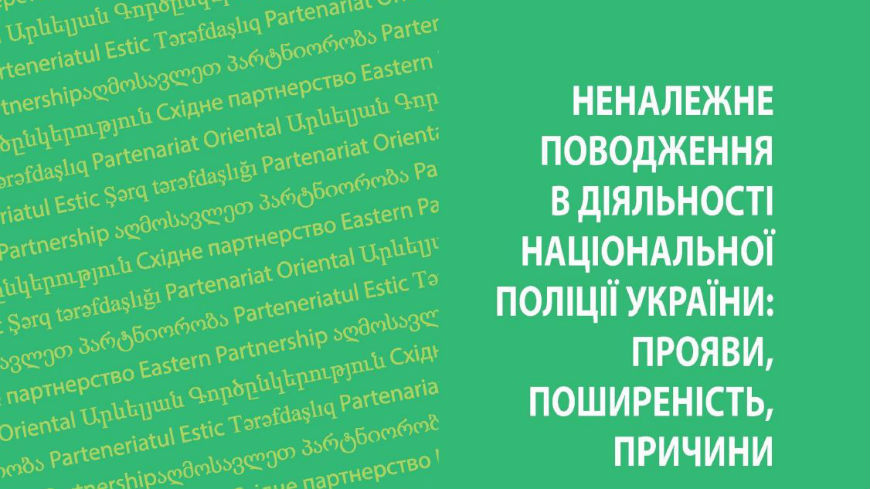 The new report on “Ill-treatment in the activities of the National police of Ukraine: forms, extent, grounds” is one of the first attempts to thoroughly examine factors and causes contributing to the phenomenon of ill-treatment in Ukrainian police activities. Group of experts analysed extensive data sources, official statistics, national courts’ case-law, medical records of ill-treatment cases, in order to find out and systemise the most widespread grounds for and forms of ill-treatment.

Research shows that, despite ongoing reform process and significant efforts to implement European human right standards in the activity of law-enforcement bodies, the problem of ill-treatment still exists and has a systematical nature.

The key reason for application of ill-treatment by police, according to the research, is originated from the established investigation practice which requires a suspect’s confession as the starting point of actual investigative actions. Such administrative practice is widely spread and supported in police for presenting better investigative statistics. This implicitly leads to numerous violations and illegal actions in relation to potential suspects. Moreover, information and evidences in support of such confessions are often extracted in illegal manner and these inadmissible evidences are quite often accepted in the courts proceedings.

Researches also highlight shortcoming of legislation and practice, which contribute to this problem. These are inconsistencies in legal definitions of ill-treatment, overcomplicated bureaucratic requirements to the criminal proceedings, lack of functional independent institution responsible for investigation of the offences committed by the police officials etc.

The report contains recommendations to the legislators, judicial system, prosecutors and State Bureau of Investigations regarding the necessary measures to be taken to eliminate the existing degrading practice.

The research was conducted in the framework of the  the European Union and the Council of Europe Partnership for Good Governance project: “Strengthening the implementation of the European Human Rights Standards in Ukraine”.