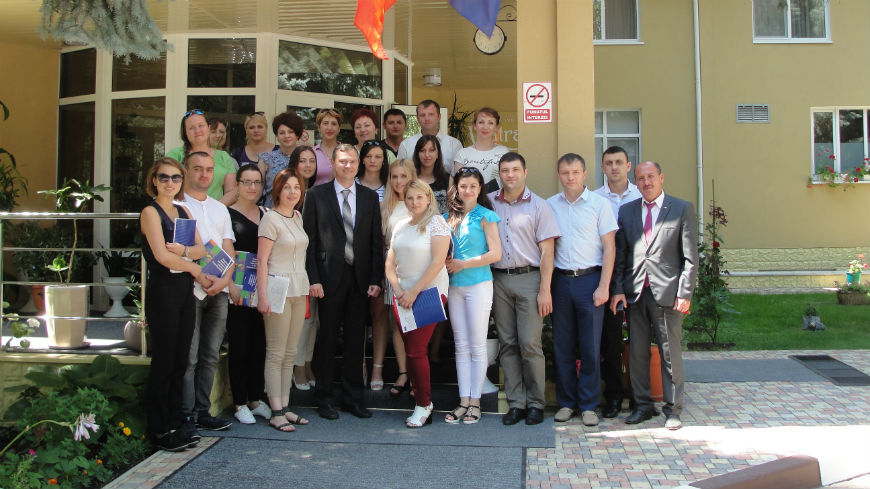 The Centre of Expertise for Local Government Reform within the Good Governance Division, DG-II, through the Council of Europe Office in Chisinau, organised two capacity-building trainings for the personnel of the Executive Committee of ATU Gagauzia on 21-22 and 21-22 July, at Vadul lui Voda town, Chisinau municipality.

The goal of the trainings was to strengthen the capacities of the personnel of the Executive Committee on records management and drafting of normative acts and consolidate the dialog between regional and central authorities in the Republic of Moldova.  Hence, each group – overall 38 participants - benefited from a series of training sessions on regulations for public procurement, public records management, labor relations, legal drafting techniques, protocol in state institutions and other.  Additionally, the participants also had the opportunity to learn practical steps on how to write a project proposal and submit it for funding, as well as how to speak in public and understand body language.

This activity was funded by the European Union and co-funded by the Council of Europe, within the Thematic Programme “Strengthening institutional frameworks for local governance” under the Partnership for Good Governance (PGG) 2015-2017 for Eastern Partnership countries.
2017-07-26T03:33:00