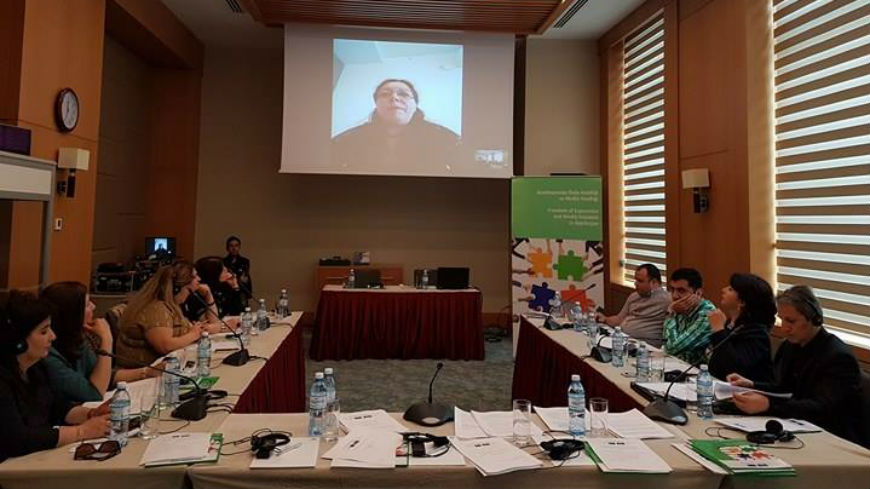 A roundtable discussion took place on 12 May 2017 in Baku in order to discuss the draft curricula on two courses “Journalism ethics” and “Media and freedom of expression”, which have been developed by local experts within the framework of the joint EU/CoE project “Freedom of Expression and Media Freedom in Azerbaijan”.

Ten local media experts, including the professors of Journalism Faculty of Baku State University were engaged in reviewing the draft curricula that also provided their inputs for the further improvement of these university materials. An international expert also joined the discussions through Skype who provided her feedback and suggestions for the consideration of the local experts involved in the development of the draft curricula.

To be finalised by the end of June 2017, these new curricula will also support the introduction of a new course “Media and Freedom of Expression” at Baku State University’s Master program of journalism as of  September 2017.