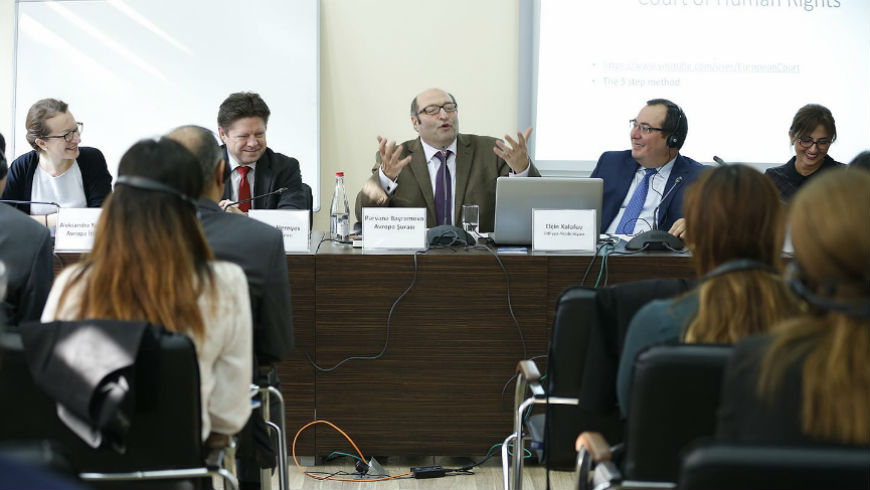 Two half-day training sessions on some aspects of freedom of expression took place on 11 October 2017 in Baku. Participants were judge candidates undergoing the preparatory training phase of the judicial selection process at the Academy of Justice of Azerbaijan. The sessions were an useful opportunity to address some ongoing and difficult issues emerging from the case law of the European Court of Human Rights that should be of particular concern for the judiciary. These were freedom of expression standards in traditional media/the internet and the European Court of Human Rights' case-law, the balance between the right to privacy and the right to freedom of expression and the right to access to information.