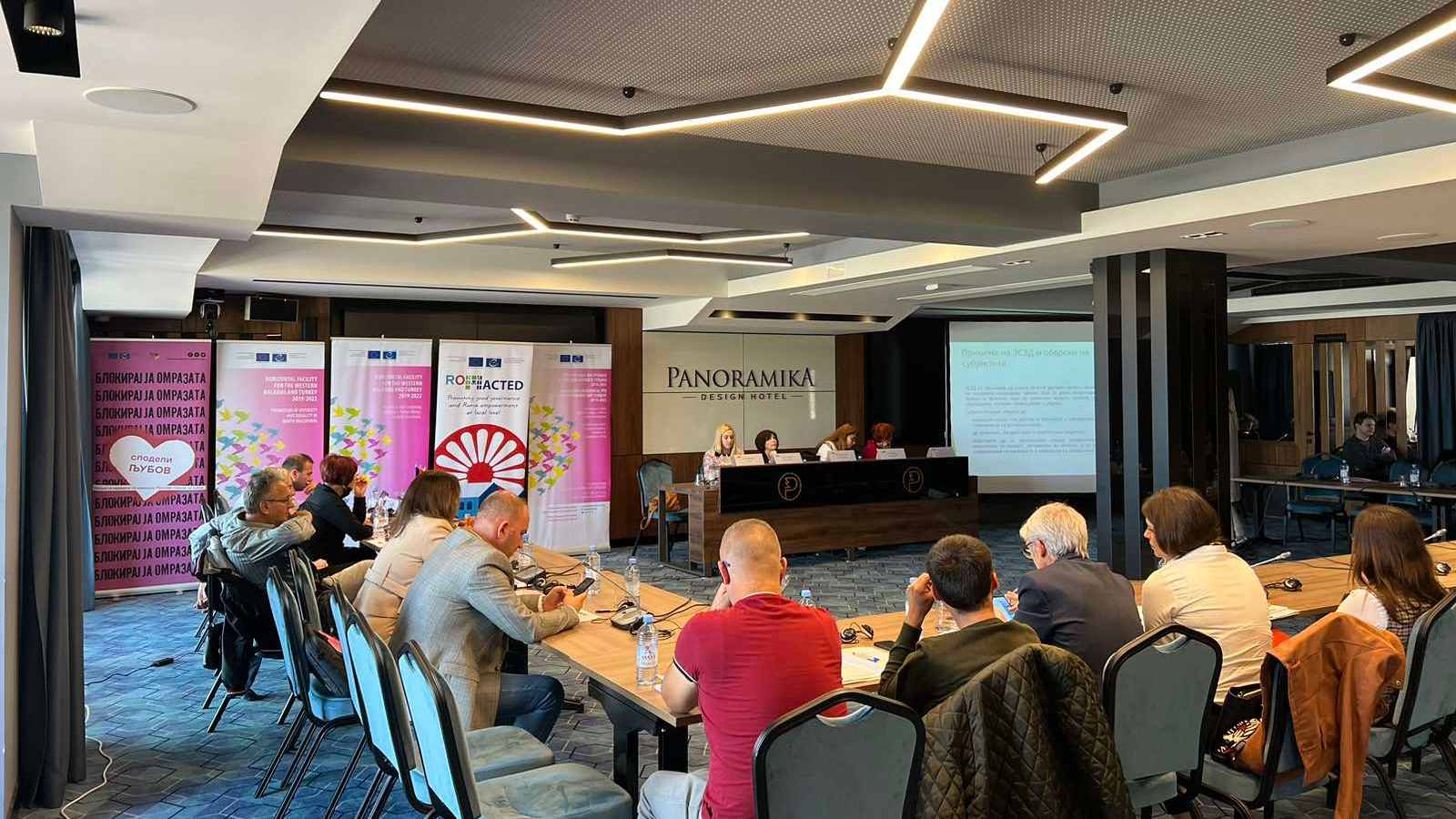 Jasna Orovchanec Arangelovikj, an expert in anti-discrimination, presented key information regarding the legal framework in respect to preventing discrimination and gave an overview of the various protective mechanisms and tools available to the citizens facing discrimination. The participants got the opportunity to look at some practical examples and discussed several cases on discrimination.

“Gender mainstreaming is needed in all actions, all processes in the areas of work. There is a need to physically include men and women in the work positions, but also to take into consideration their specific needs and interests. Vulnerable groups must have equal rights and equal access to labour market” – affirmed Ankica Tomic, gender expert from the Migration, Asylum, Refugees Regional Initiative (MARRI) who conveyed knowledge about gender concept, gender perspective in the workplace and protection from gender discrimination at workplace through proactive discussion and practical exercises.

ROMACTED Programme phase II facilitators Dzengis Berisa, Fatma Bajram Azemovska, Almira Kaguri and Firdeza Zekirova presented the Antigypsyism as a specific form of racism and discrimination against Roma people. Antigypsyism is a historically constructed, persistent complex of customary racism against social groups identified under the stigma “gypsy” or other related terms. ROMACTED Programme phase II facilitators noted the access of Roma to employment and barriers that face during and at their workplace. Also, the affirmative measures adopted by the state were presented as well that there is a lack of control mechanism measures to prevent the abuse of the affirmative measures and to provide their full enjoyment. The session was completed by video presentation with personal stories of Roma people who shared their barriers accessing employment.

The international expert on human trafficking for the purpose of labour exploitation, Klara Skrivankova, explained the continuum of exploitation ranging from minor violations of labour law to human trafficking for labour exploitation. She encouraged a discussion with labour inspectors through a number of practical examples discerning labour rights violation from forced labour and convincing arguments through application of relevant indicators of forced labour.

The trainings were delivered jointly by the actions “Preventing and Combating Human Trafficking in North Macedonia” and “Promotion of Diversity and Equality in North Macedonia” in the framework of the joint European Union and Council of Europe programme “Horizontal Facility for the Western Balkans and Turkey 2019-2022”, in cooperation with the ROMACTED Programme phase II Action Promoting Good Governance and Roma Empowerment at Local Level.