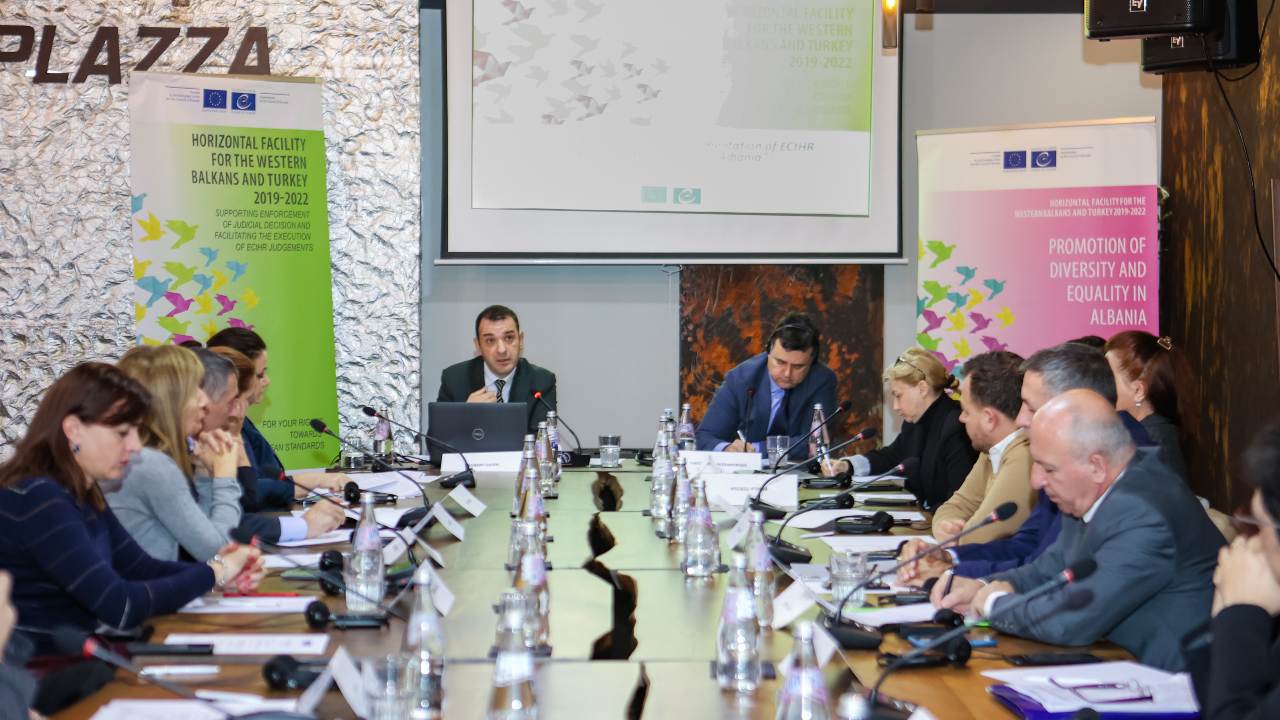 Representatives from local and central institutions, were part of the co-ordination meeting organised in Korça with the support of the EU and Council of Europe, to discuss concrete measures for the inclusion of Roma and Egyptian children in education.

The event was organised in view of a recent decision of European Court of Human Rights’ (ECtHR) on Albania, which found discrimination based on ethnicity in their right to an inclusive education for Roma and Egyptian children, as well as failure from the national authorities to implement desegregating measures in a school of the Korça region. The representatives of the relevant ministries, local authorities, equality bodies and civil society organisation engaged in active discussions in identifying concrete measures that will support the execution of the judgment as well as building interinstitutional synergies between them. They agreed to establish a plan of action with clear roles and responsibilities in addressing the matter within a reasonable time.

The activity is organised in the framework of the actions “Supporting enforcement of the judicial decisions and facilitating the execution of ECtHR judgements” and “Promotion of Equality and Diversity in Albania” under “Horizontal Facility for the Western Balkans and Turkey II”, a co-operation initiative co-funded by the European Union and the Council of Europe and implemented by the Council of Europe.