on 12-14 March 2019, a Study Visit with Equality Bodies and National Human Rights Institutions from the JUSTROM2 countries took place at the Council of Europe, in Strasbourg.
Strasbourg, France 12-14 March 2019 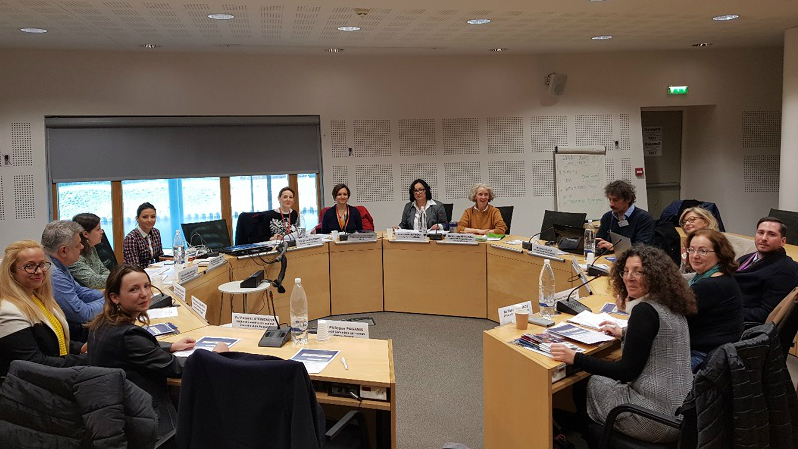 The Study Visit was divided in four main sessions:

Sessions included presentations on several topics made by relevant departments of the Council of Europe and will use participatory methods to ensure as wide a perspective as possible, such as the European Court of Human Rights, Gender Equality, Sexual Orientation and Gender Identity, European Commission against Racism and Intolerance, GRETA and the Office of the Commissioner for Human Rights.

The purpose of the Study Visit was fourth-fold: