European Union and Council of Europe reiterate their continued support to reforms to ensure human rights, democracy and the rule of law in Central Asia 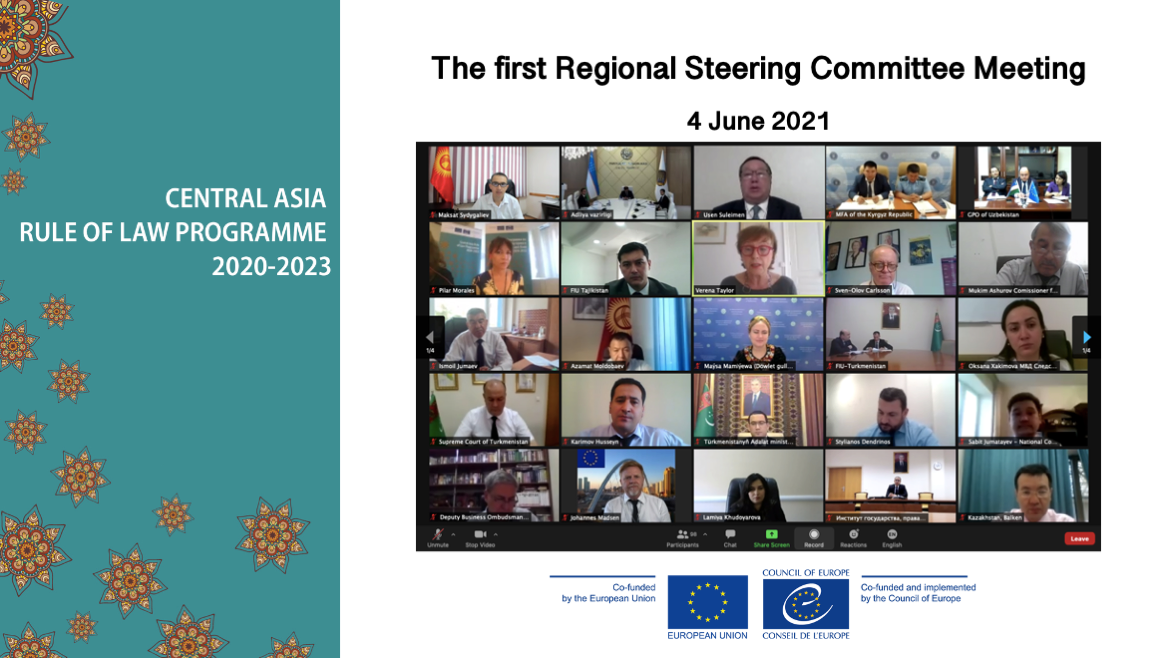 The European Union (EU) and the Council of Europe (CoE) remain crucial partners of authorities in Central Asia in supporting the reform process in the areas of human rights protection, fight against economic crime and promotion of effective functioning of state institutions. This has been recalled earlier on today during the first Regional Steering Committee Meeting of the joint EU/CoE Central Asia Rule of Law Programme 2020-2023, held online.

Ambassador of the EU Delegation to Kazakhstan Sven-Olov Carlsson and the Director of the Office of the Directorate General of Programmes of the Council of Europe Verena Taylor praised a fruitful co-operation, which was established with the beneficiary institutions and stakeholders despite the challenging circumstances of the last year. There is a clear engagement to work together on the creation of common legal space between Europe and Central Asia, improvement of the knowledge of legal professionals about the international human right standards, enhancement of human rights protection, facilitation of a more transparent economic environment and efficient functioning of public administration. The representatives of the European Union and of the Council of Europe reiterated their commitment to continue supporting Central Asian colleagues to ensure justice and protection of fundamental rights that are the essential elements for security, peace and fruitful development in compliance with European and international standards.

High-level officials of the Ministries of Foreign Affairs, Ministries of Justice, General Prosecutor’s Offices, Supreme Courts, Anti-Corruption Agencies, Constitutional Councils, Ombudsman’s Offices and other institutions of the Central Asian countries highlighted the quality of the assistance in revising legislation, building institutional capacities and technical support to reforms in Central Asian countries provided by the Council of Europe’s experts.

The Central Asia Rule of Law Programme 2020-2023 is a joint initiative of the European Union and the Council of Europe in co-operation with the authorities of five Central Asian countries (Kazakhstan, the Kyrgyz Republic, Tajikistan, Turkmenistan, Uzbekistan) has been implemented in the period of four years. Its main objective is to improve the lives of citizens by reinforcing human rights, rule of law and democracy in accordance with European and other international standards. With the overall budget of €8,889,000 (90% funded by the European Union, 10% by the Council of Europe), the Programme takes actions in three fields:

In the field of facilitating the creation of a common legal space between Europe and Central Asia and enhancing human rights protection, the Programme strengthens co-operation with state institutions and civil societies in order to raise awareness of the Council of Europe’s conventions and provide trainings for legal professionals to expand their knowledge on European human rights standards. The first training had a regional approach and gathered legal professionals from Kazakhstan, the Kyrgyz Republic, Tajikistan and Uzbekistan.

In the field of promoting transparency and action against economic crime, the Programme provides technical assistance to the national authorities in preventing corruption, money laundering and terrorism financing as well as enhancing business integrity and protecting entrepreneurs’ rights. The webinars on anti-corruption legal standards have been conducted in the Kyrgyz Republic and Uzbekistan and an expert’s analysis of their national legislative frameworks on corruption prevention is underway. Continuous co-operation is ensured with Turkmenistan and Kazakhstan through a range of meetings.

In the field of promoting efficient functioning of state institutions and public administration, the Venice Commission on behalf of the Programme supports partner countries to develop new legislation in the fields of rule of law and public administration. Within the intensive work, two Venice Commission opinions were adopted upon requests of Kazakhstan and the Kyrgyz Republic as well as several co-ordination meetings took place with the authorities of Tajikistan, Turkmenistan and Uzbekistan to discuss further needs for co-operation.

More information on the Central Asia Rule of Law Programme

The member states of the European Union have decided to link together their know-how, resources and destinies. Together, they have built a zone of stability, democracy and sustainable development whilst maintaining cultural diversity, tolerance and individual freedoms. The European Union is committed to sharing its achievements and its values with countries and peoples beyond its borders. 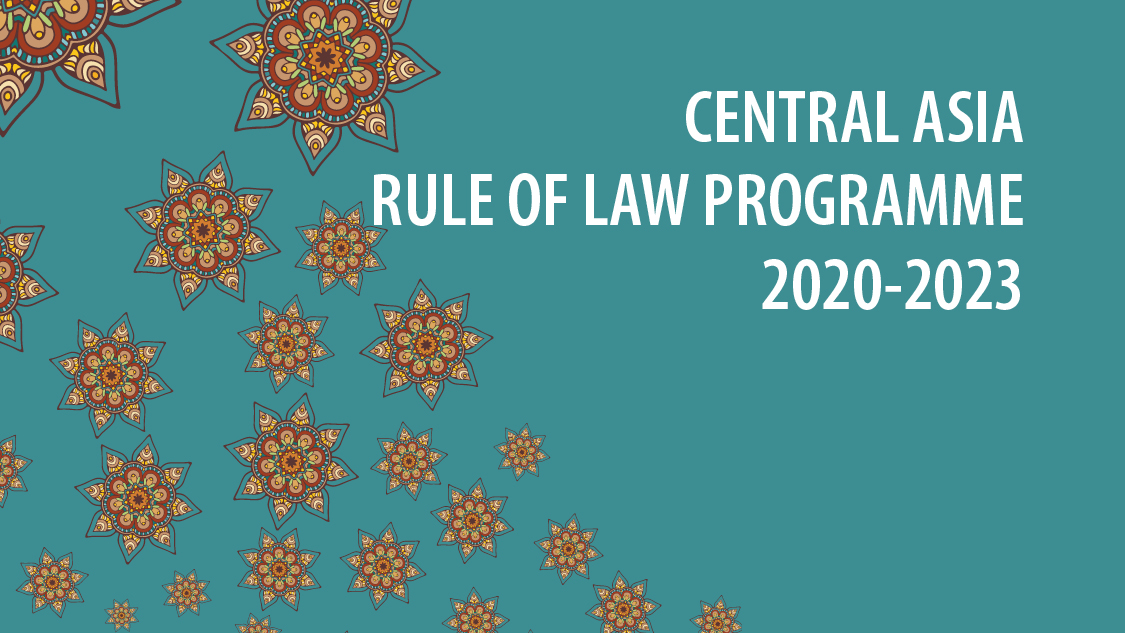