How to select the practices and resources

A filter system is available on the right side, so that you can make your own selection by the main topic addressed, the country where the practice is implemented, the type of resource and of sport.

If you wish to undo the filters selected, click on the “reset filters” button at the bottom.

Note that some practices and resources are cross-sectorial and can appear more than once. 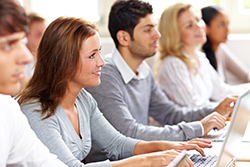 Brief description of the practice: The Commission for Citizenship and Gender Equality (CIG) has been implementing this project since 2008. The project has 2 dimensions: 1. The conceptualisation and edition of five Education Guides covering the five cycles of compulsory public education system (from 1st grade to 12th grade) and its dissemination through the national school network libraries (and higher education institutions providing teachers’ training); 2. The support of the application of the Guides by teachers through a nationwide teachers’ training validated by the Ministry of Education. At the same time the project has been extended to higher education institutions all over the country and to municipalities in order to facilitate the integration of gender equality, both in higher education curriculum and in local policies for gender equality as well as for education and for sport. The Guides are available online and in printed format with the exception of the last one.

Content and objectives: The project targets teachers and counsellors of schools directly. The project intends to mainstream gender equality into the education system in a more effective and permanent way. The objectives are: 1. To integrate a gender equality perspective and women’s studies in the curricula (providing scientific knowledge in curricular subjects), in teachers’ pedagogical practices (leading to individual and collective changes in teaching practices), in school decision-making and school organisation and communication (changing school culture and ensuring sustainability to individual changes); 2. To make gender equality a central issue of the National Strategy for Education for Citizenship and of the compulsory subject of Citizenship and Development, as well as to mainstream gender equality in the cross-curricular areas, which are priorities for the Ministry of Education, such as health education, sexual education and technological education.

Steps/activities of the practice: Phase I (2008-2013): conceptualisation, editing and distribution of the Guides (four Guides produced and two Guides translated into English; distribution into more than 1000 school libraries); ongoing teachers’ training supporting the application of the Guides and the first monitoring of schools by teachers in seven pilot schools (eight actions and 173 teachers trained). Phase II (2013-…): Ongoing teachers’ training and supporting the application in schools nationwide; conceptualisation and online edition of the last Guide. Teachers’ training was extended to middle management and technical staff, in the areas of sport and education, of several municipalities in the north of the country. During the two phases, there were public presentations of the Guides addressed to the municipalities all over the country. The Guides were presented in several events promoted by Higher Education Institutions.

Resources required: The CIG has planned, co-ordinated and funded the project supported by the Operational Program for Human Potential/National Strategic Reference Framework (POPH/NSRF) - Axis 7 “Gender Equality”-; the State Games Run through Santa Casa da Misericórdia and the Portugal 2020, through the Operational Plan for Social Inclusion and Employment. CIG’s human resources included two senior technicians (one of them during only the first four years) and the support of administrative services. The project got political support by integrating the educational measures set out in the last four National Plans for Gender Equality (since 2007). The Project required a co-ordinated work in close co‑operation with 31 experts in gender studies and women’ studies, education and teachers training, belonging to 18 higher education institutions from all over the country, members of the informal Co-education network. It also required the establishment of new collaboration protocols and the strengthening of partnerships with Higher Education Institutions and a central department of the Ministry of Education. 15 institutions (11 higher education institutions, three municipalities and one central body of the Ministry of Education) worked with CIG in order to provide the training actions addressed to teachers. Municipalities of Continental Portugal as well as the Regional Directorate of Education of the Autonomous Region of Madeira ensured local and regional actions of ongoing teachers’ training was addressed to all schools in their territories.

Achievements and outcomes: Until now, the Guides reached over 1000 school libraries; the application of the Guides has been supported by 93 actions with the total duration of 3152 hours covering 1843 teachers – 84% female and 16% male - from 54% of public school clusters. Gender equality and social relationships between women and men have been put into practice in the cross curricular area of Citizenship Education and, since this year, in the compulsory subject of Citizenship and Development, as well as in several subjects of the national curriculum for pre-school, basic education and secondary education (mainly in languages, biology, chemistry and physics, history, art, geography, philosophy, IT, sport and physical education) and in school projects on health and sexual education. In this school year, gender issues are part of the new Strategy for Citizenship Education that each school has approved until the end of 2018. This ensures continuity in subsequent school years.

Challenges and limitations: The financial support has been almost exclusively provided by the gender equality political area as this is a thematic that remains undervalued by educational policies. There are few ongoing teacher training courses focused on the continuity and deepening of initial actions.

Follow-up ideas and future plans: The project has shown that further training is needed to deepen some specific themes, and to continue to focus on changing individual practices. But the main step forward is to ensure follow‑up actions in the school context, focused on changing collective practices and school organisation. 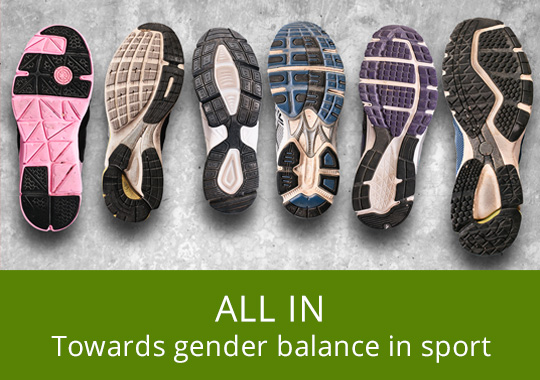 All practices and resources