Regional launching of the Horizontal Facility II held in Skopje 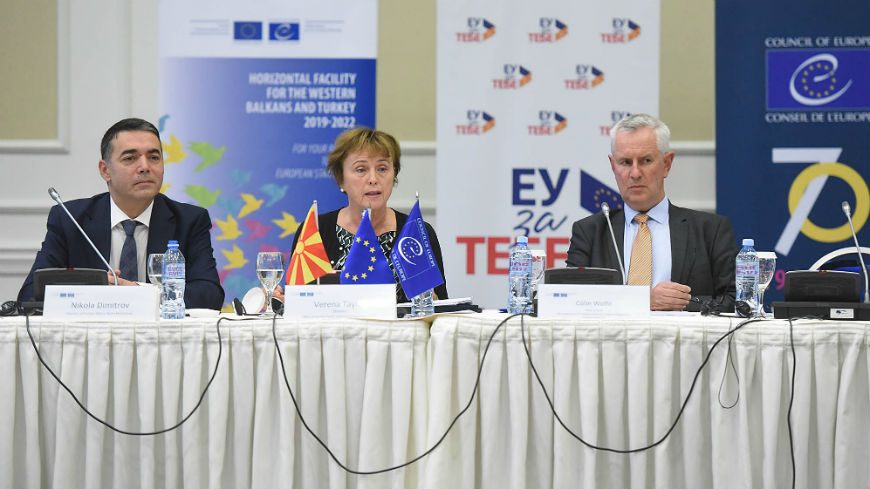 Nikola Dimitrov, Minister of Foreign Affairs of North Macedonia, welcomed the continuation of the programme, which showed concrete results during the first phase of implementation. North Macedonia is a bright example in the region – we have demonstrated strong political will to make necessary reforms in all four areas covered by this programme and bring the European way of life here. Implementation of Horizontal Facility programme is an important support in this sense. Rule of law, fight against corruption, anti-discrimination and freedom of expression and freedom of the media are crucial areas that need to be reformed, said Minister Dimitrov.

For Verena Taylor, Director of the Office of Council of Europe Directorate General of Programmes, the main message of the conference that gathered more than 200 representatives of Albania, Bosnia and Herzegovina, Kosovo*, Montenegro, North Macedonia, Serbia and Turkey, is that the Western Balkans and Turkey are important to Europe. You are important to us, therefore we are combining our best tools to support you in the reform processes, she said in the opening remarks. Furthermore, she emphasised the importance of participation of the civil society representatives, with whom the Council of Europe successfully co-operates.

Horizontal Facility deals with crucial matters contributing to respect of fundamental rights, said Colin Wolfe, Head of the European Commission Unit for Western Balkans Regional Cooperation and Programmes of the Directorate General for Neighbourhood and Enlargement Negotiations. People need to know that their rights are protected and it is important to keep young people in the region; they need to know they can realise their hopes and dreams in their own countries, he added. Together, we can create Europe that puts focus on our values, protects them and safeguards, concluded Mr Wolfe.

The second phase of the programme, worth €41 million, will run until 2022 and broaden the scope of the initiative, including for the first time topics such as freedom of expression and freedom of media.

Overall, the new phase of the programme will focus on four over-arching thematic areas: ensuring justice, fighting corruption, economic crime and organised crime, promoting anti-discrimination and protecting the rights of vulnerable groups and freedom of expression and freedom of media.

The continuation of the programme builds on the successful first phase of the initiative, which ran from 2016 to 2019. The initiative has delivered a number of concrete results such as more tolerant school environments as well as more effective anti-corruption laws and measures as well as increased the efficiency of the justice systems and provided more equal opportunities for vulnerable groups. In addition, the initiative has improved prison systems and more rights for inmates. 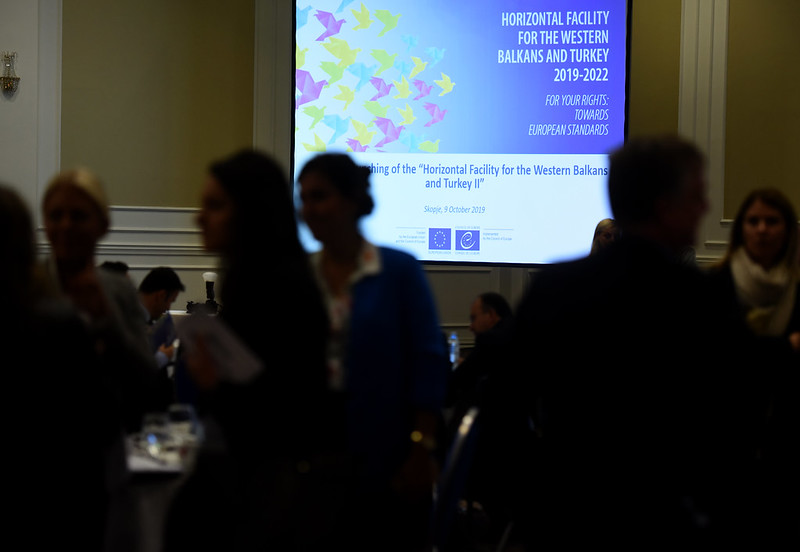 * This designation is without prejudice to positions on status, and is in line with UNSCR 1244 and the ICJ Opinion on the Kosovo Declaration of Independence.