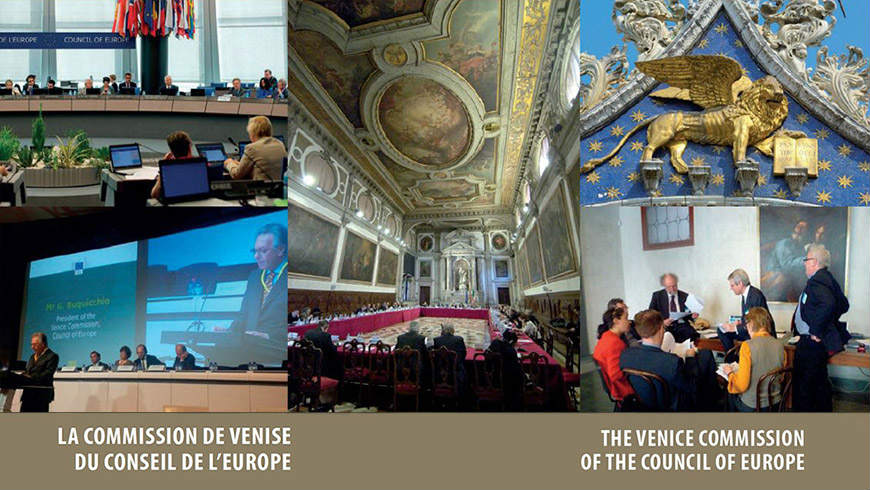 Venice Commission adopted important opinions on Albania and Kosovo in the framework of the Expertise Co-ordination Mechanism (ECM). For Albania the opinions were focused on the amendments to the Law No. 97/2013 “On Audiovisual Media Service” and the appointment procedure of the Constitutional Court’s members. For Kosovo the opinion addressed the provisions of the draft Criminal Procedure Code and suspension of officials from office.

On the first request regarding Albania, submitted by the Monitoring Committee of the Council of Europe’s Parliamentary Assembly, the Venice Commission concluded that the draft amendments, as they are formulated now, raise important issues on freedom of expression and media pluralism in Albania and are not ready for adoption. The currently discussed proposal consists of extending the jurisdiction of the Albanian Media Authority and their Complaints Committee to the online media and gives this authority new administrative power. The law in the current form would most likely have a “chilling effect” suppressing free political speech on the Internet. The opinion emphasised the necessity of ensuring ”the effectiveness of the existing legal and, in particular, judicial remedies combatting defamation and hate speech committed via online publications”.

The opinion of the Venice Commission for Kosovo reveals that the draft provisions are largely in line with the European Convention on Human Rights and Fundamental Freedoms. However both provisions may lack precision that results in intended safeguards not being incorporated in such a manner that the draft amendments are unambiguous and easy to implement. Therefore, the Venice Commission invites the legislator to re-examine the two draft amendments.

The Expertise Co-ordination Mechanism is a part of the EU and Council of Europe joint programme Horizontal Facility for the Western Balkans and Turkey 2019-2022, which aims to support Albania, Bosnia and Herzegovina, Kosovo, Montenegro, North Macedonia, Serbia and Turkey in their compliance with European standards.

View all news on the expertise co-ordination mechanism >>