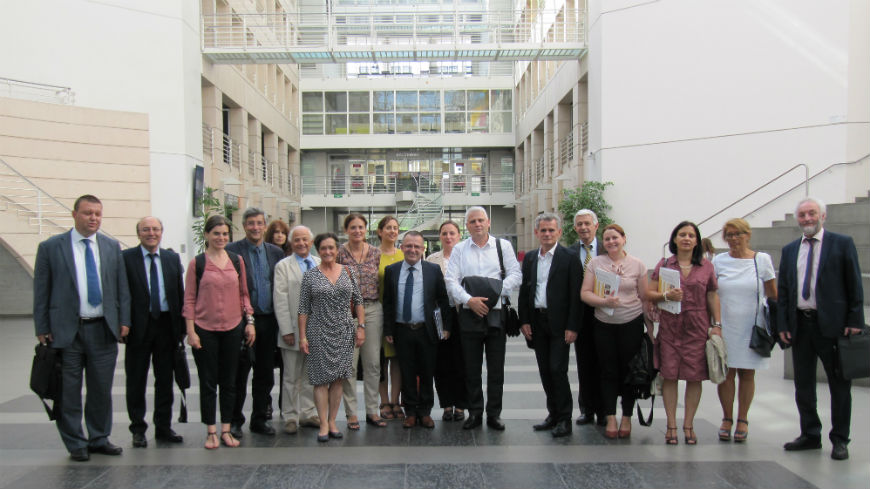 A visit was also organised to the Swiss Agency for Accreditation and Quality Assurance, during which participants were briefed about the organisation of the institution and about the requirements that must be taken into account when accrediting a study programme.

During the last session, the delegates were invited to reflect on their impressions from the visit and the ways in which the lessons learnt during the three day visit could be used in Kosovo. The participants expressed their highly positive impressions from the meetings and came up with a list of recommendations and ideas which could be implemented within their respective institutions in order to ensure academic integrity.

The study visit was organised within the framework of the Horizontal Facility action “Strengthen Integrity and Combat Corruption in Higher Education “, in close cooperation with the International Institute for Educational Planning (IIEP) of UNESCO.

* This designation is without prejudice to positions on status and is in line with the UNSCR 1244 and the ICJ opinion on the Kosovo Declaration of Independence.